Just bought a set of what was advertised to be 3rd generation Bose in ear headphones from an internet dealer who advertises them for £39.99 on a website that looks very professional. They are fake the package has green text instead of yellow, there is a cheap paper warranty card which does not have the serial number on it so it can't be registered, there is a spelling mistake on the warranty card ("this" spelt "tzis") the plastic is shiny ans there is no hologram on the connection block.

The dealer's response was "THE ITEM IS GUARANTEED GENUINE AND YOU CAN HAVE IT CHECKED IN THE STORE, IT IS THE OLDER 1ST GEN MODEL THATS WHY THERE ARE SLIGHT DIFFERENCES"

I have rung Bose and they confirm they are fakes and keep trying to shut the dealer down.

Their next excuse was that someone must have retuned a fake set which has been sent out in error.

I have had my money refunded as I paid through paypay and put in a dispute through them.

Beware of something that is pure base.
D

I bought some sennheiser cx500 and they were not authentic.

They also did give my back through Pay Pal.

I bought a authentic pair from Play.com for the same price. I could compare the two and it was obvious. The guys face on the packaging had been scanned from the original and blurred to get rid of the print screen.

I contacted Bournemouth Trading Standards and they were aware of the company but the Bournemouth address on the website either does not exist or the company have just randomly chosen it.

I got caught out by these people too

I disputed it on PP and no word of a lie they refunded me with the same reasoning within 5 minutes!

Will get them from Play so I know what Im getting is right !
​
S

With this in mind, has anyone used Bose Headphones before?

scottbrown said:
With this in mind, has anyone used Bose Headphones before?
Genuine or fake?
Click to expand...

If it looks too good to be true, it often is.

I think the Bose RRP for those is around 70 quid.

You can do a lot better than Bose for the the same, or less money. I bought a bose HT setup years ago, and while it's not rubbish - you pay a big premium for the brand. There's just way better value out there, most of their products are well overpriced IMO.
B

Still waiting for return envelope to send them back, will be interesting to find out where they want them returning to, trading standards might be interested too.

Just to add to this

Having just tested the real phones against the fake ones , there is a huge difference.
​
B

I ordered some but am still concerned that fake pair number two are on their way
Click to expand...

Green text, dodgy warranty card with typos, sound naff, packaging wrong, serial number nothing more than a badly stuck on sticker .... and these came via an approved seller on Play.com

bought a pair of bose inear headphones from pure-base the sound quality was so poor i put them on ebay to sell i was not aware at this time they were fake till a bidder asked if they were genuine when i told him i bought them from pure-base he said he would not be bidding as all the headphones from them were fake and to look on all the forums about them. anyway i withdrew them, i have informed pure-base and of yet i have had no reply, can anybody who has had this problem tell me the correct procedure to claim my money back from paypal
B

maggot49 said:
bought a pair of bose inear headphones from pure-base the sound quality was so poor i put them on ebay to sell i was not aware at this time they were fake till a bidder asked if they were genuine when i told him i bought them from pure-base he said he would not be bidding as all the headphones from them were fake and to look on all the forums about them. anyway i withdrew them, i have informed pure-base and of yet i have had no reply, can anybody who has had this problem tell me the correct procedure to claim my money back from paypal
Click to expand...

Assuming you paid via PP open a dispute
​
M

I received fake bose headphones from this site also.

Seller wants me to return item to an address in Airdrie, Lanarkshire.


Paypal payements were sent to [email protected], to a SURMIT AOULIK

Address of purebase given on their site is

At 518 Wallisdown road there is a bodyshop for a car company called seward cars.
http://www.sewardcars.com/3coltemp.asp?pagesetupid=20&siteid=1&deptid=19
http://www.cylex-uk.co.uk/company/seward-16602648.html
B

Sorry about the state of these pics, but heres some extra info ...

The packaging should look like this at the top .... 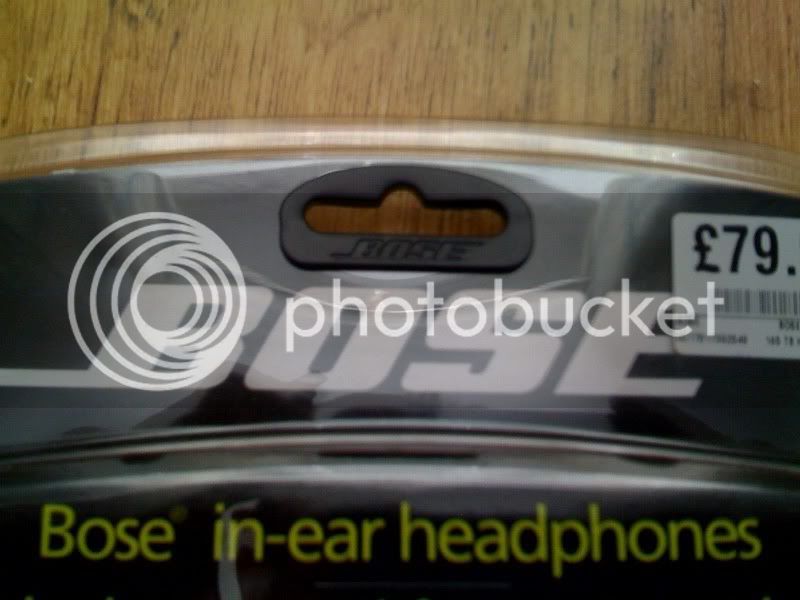 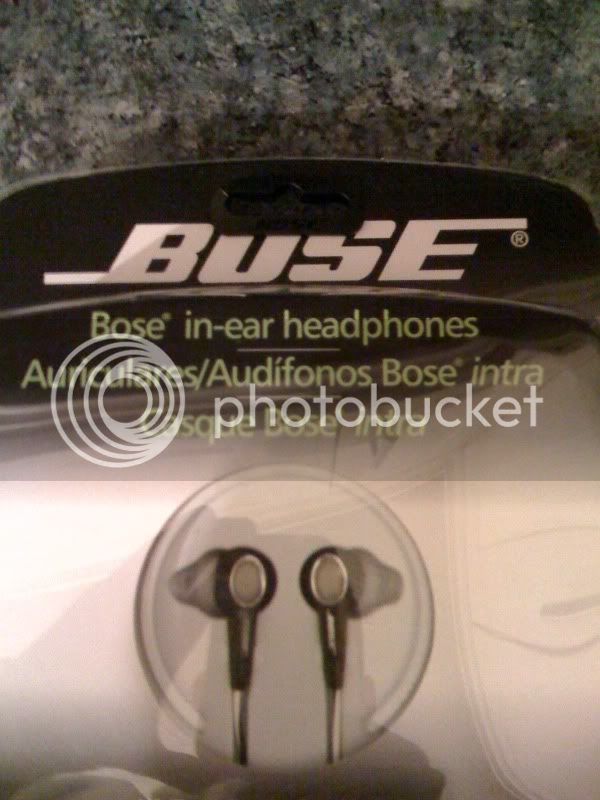 The writing on the real ones is Yellow, on the fake ones its lime green.

Also look at the spacing on the lettering on the second line of text - the / should have a noticable space between it and the S infront of it. 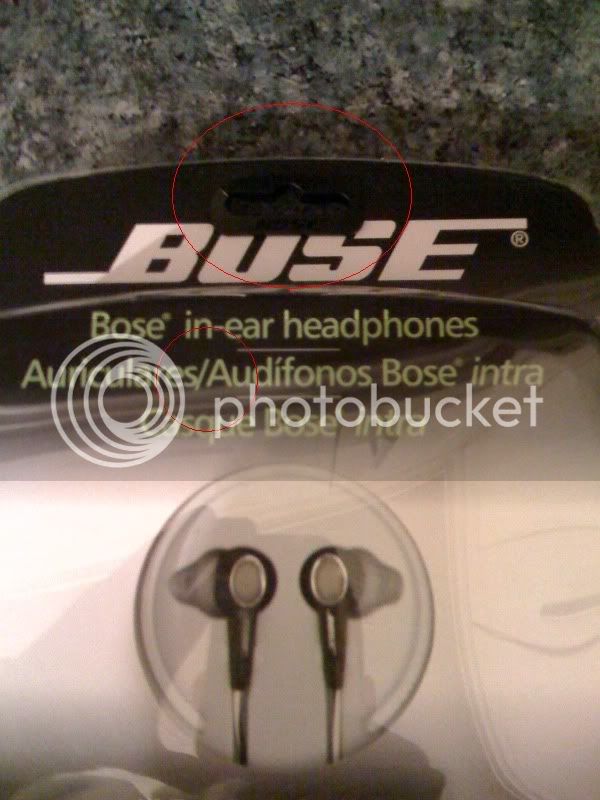 With reference to the spelling mistake on the warranty leaflet, it is present on the original items also!

Ah i've had exactly the same problem! Bought these from the notorious 'pure-base' lot without checking out any forums etc. Thought i was getting a bargain at £39.99 - and free delivery! lol. I paid via paypal. Headphones were advertised as on offer, and the site looked legit so didnt think! Opened them yesterday and wasnt impressed about the sound at all...but thought i'd give them another go on the way to work today. The sound is awful, the standard ipod ones are so much better! Didnt bother listening to anything on the way home lol! It's a shame that i havent actually listened to the real thing - only the over the ear ones.

Anyway, phoned up Bose when i got home and they asked who i got them from, so i told them 'pure-base'...who they certainly seemed aware of. Anyway now its my problem to get my money back! They said the only way they could really test if they were fake or not was to send them in for testing, but i'm not really up for wasting more of my time and money!

I have emailed pure-base asking the returns procedure, and have basically said that i know they are fake/useless/faulty, and stated that i want my money back.

I've got the green writing, dodgy text allignment etc. Also, the silver Bose logo has begun rubbing off after just 1/2 a days use, hardly what you would expect of something you had paid £79 for eh!

Hopefully i will get money back no probs...

BEWARE OF THIS RUBBISH!
D

If you have paid through Paypal just put in a dispute via the Paypal website, I did and received a full refund the next day.

I assume Pure base send a refund as this closes the dispute and prevents you taking it further with Paypal, which presumably could result in their Paypal account being shut if Paypal have to get involved.

Do they refund you without even sending the goods back then?
C

Received full refund the following day after opening a dispute via paypal. Gotta send item back now though...

I too was taken in by pure base but found this great forum just after i placed my oreder and cancelled straight away. i was granted my refund through paypal but unlike other rfunds which usually appeared in my account a couple of days later this one still hasn't appeared. Any advice?
P

hi there had same problem so straight after reading from this forum went onto paypal and put in a counterfeit dispute, the sent me a message back saying they were definately not fake. i was not going to be fooled as i have heard the quality before. have opened them now and had a listen. not bad for fakes and yea they look real but why pay someone to give you the wrong product.
i have recieved refund as it says on paypal but have not checked bank account yet hopefuly it goes in aswell and they have not conned me on that part too.
it came with instructions saying they will send a pre paid package for me to send them back in. hopefuly they dont mind them being opened already but surely i had to open them to find out them being fake. surely they will consider not wanting me to return them because of the address they have on return will go straight to trading standards. so is there any point in sending back thats if i do recieve anything. will paypal get involved again if i dont etc??
hope this helps and would be greatful to hear back from others and how they got on so i know if i should send back or not
.
Thank
J

I too have been taken in by this company - however unlike alot of you i am still in dispute with them via paypal. I ordered the headphones on the 26th of May and have still not recieved them. The seller got back to paypal with a royal mail tracker number which when checking royal mail shows up as:

No idea why there at Trinity street and has been since the 3rd of June. Still waiting to hear back from paypal hope it gets sorted out as i dont want lumbered with a set of fake headphones....if they ever arrive!!

Thanks for the tips guys! Now it can easily be determined on how they package it. There's really a big difference!
P

I saw same headphones in another site for £39. Has somebody heard about this site before.

When they arrive I'll open a dispute straight away. If they send you a refund straight away why do I have to bother returning the fake headphones ?
B

A little update - I decided to open a dispute on the basis of this very thread, before I've even recieved the goods and inspected them.

Fast forward a couple of hours and I have had a refund - a sure sign that this seller is dodgy.

I also had a message off him :

all our items are genuine and from an authorized distributor however some of our competitors have left bad rumors as we sell them at the lowest price possible,

Avoid this website - Play have the ones I've been after for a little cheaper anyhow.

pm79 said:
I saw same headphones in another site for £39. Has somebody heard about this site before.

What over-ear, wired headphones do you recommend?