Evening shots with a touch of mist (and frost!)

Well, inspired by all the other hardy souls getting out there and taking advantage of the frost and mist, I sloped off work early today and took my tripod around the river Wear in Chester-le-Street. It's the first time I've taken my tripod outside, and felt a little self-conscious. It actually worked out OK, and people were very polite and careful not to get in my way, and I had a couple of conversations with people out walking there dogs.

By the time I actually got down to the bit of the river I wanted, it was pretty dark, and the tripod was essential. This first shot didn't quite work as I'd hoped. There's actually some mist on the river, behind the tree, but you can't really make it out. Still, I don't think it turned out too bad. I liked the shape of the tree and used a wide aperture to try and make it stand out. 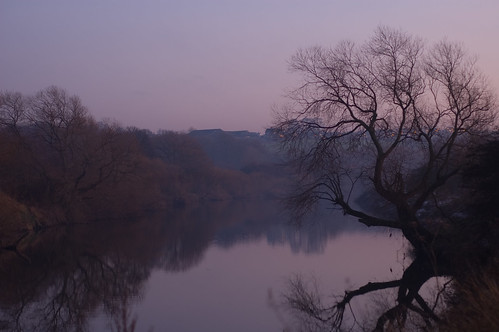 The next two photos were taken more towards the direction where the sun had set, and I was trying to capture the colour of the sky, the sliver of the moon, and the mist that had formed over the field. Unfortunately, the mist doesn't stand out as well as I'd hoped. 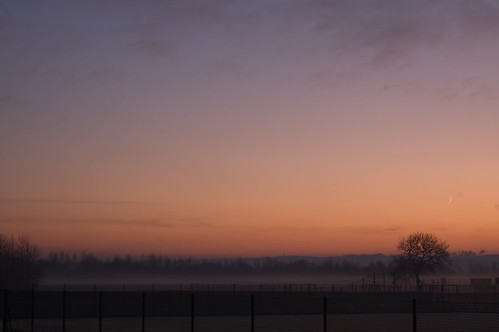 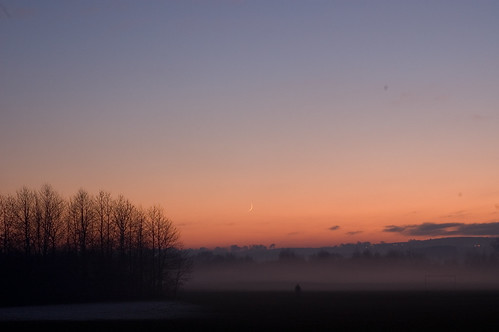 I took these final too as I was heading home. I've never done the shots of car lights going past before, so thought I may as well give it a go. The light was too dark for autofocus, or for Aperture mode, so I had to do it fully manual. I was quite relieved that they came out ok. 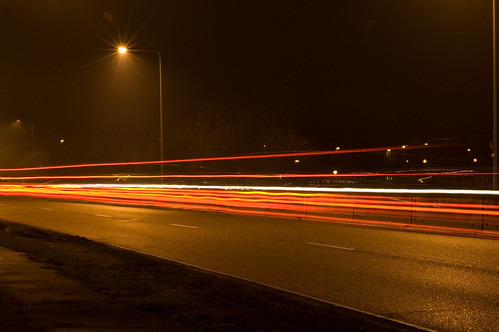 I adjusted the tripod so that the camera was about two foot off the ground for this shot, to try and block out the white of oncoming cars, and to get a more dramatic shot. 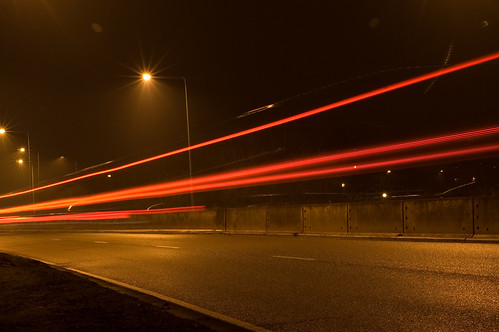 P.S. each photo is a link to its flickr page.
How to build a Raspberry Pi Squeezebox streamer for £100
My flickr photos

I think the first is the best of the lot, nice foreground interest and lovely colours. Nice one.

Yep - the first one is a cracker. Very nice indeed - it looks tranquil and serene.
V

They're all really, really good - you can justifiably be pleased with yourself
My Flickr stream

Yes Liam some beauties there - Taken with "our" lens perchance?
Paul
"I never forget a face, but in your case I'd be glad to make an exception"

PaulBoy said:
Yes Liam some beauties there - Taken with "our" lens perchance?
Paul
Click to expand...