Ok a good few years ago I posted the following guide on a repair for the above projector on the AVSforum:

I have an Epson 5010, which had started making a grinding noise shortly after starting up or changing colour modes, this eventually led to an error on screen, "Error in the Epson cinema filter. For repairs contact your nearest Epson service provider" However a few times I was able to continue...

The problem was that a year or so ago (a long time after the initial repair) the clutch on the cinema filter motor began to slip and got steadily worse until it was taking about 20 tries to get the projector to start. I'd been putting it off for ages, but eventually decided to tear the projector down again to 'tighten' up the clutch. No big deal, just a bit of time and effort.
I carefully stripped everything down as I did in the guide above and tightened up the nut on the clutch. Put everything back together and the problem was fixed, great. However something didn't look right on the screen, colours were off.
Upon investigation it seems despite how careful I was, somehow I managed to create a small tear in the blue panel ribbon connector. This tore through many of the tiny almost invisible to the naked eye copper tracks leading to no blue channel effectively making the projector about as much use as an ornament.
I honestly could have kicked myself.
I tried to repair it with the help of a microscope, but the tracks are just far to small and about 15 were damaged in the space of about 2-3mm (that's how tiny these things are)

So it was either sell it as parts, but i didn't want to that as it only had 1700hrs on the original bulb and was pretty much perfect in every other way, or repair it.
I decided to try and repair, nothing to lose really. First I looked for a complete optical LCD unit, new, used and ebay for parts. Couldn't find one anywhere except China and that wasn't cheap. Around £450. The whole optical unit from an Epson parts seller was as much as a new projector, no chance.
In the end I found the original new part from seller in China who provide parts for projectors at a very reasonable price. 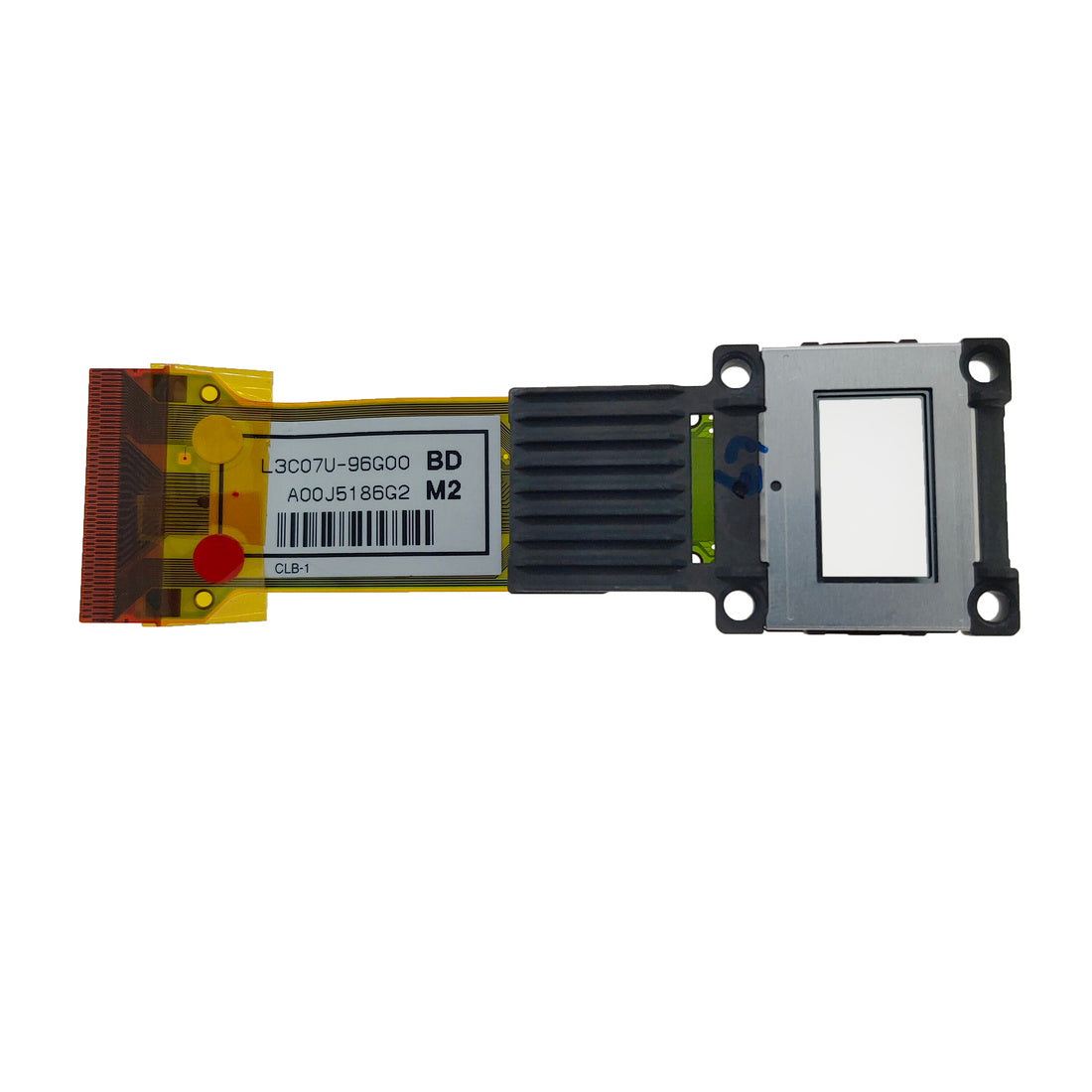 I thought I was taking a gamble as to whether I would receive it or not, but for £64 with discount worth a shot. Luckily 10 days later the part arrived exactly the same as the original.
With that in hand I set about the repair.

I didn't intend to make a post on it, but before I started I looked everywhere for advice by others that had done it and there was hardly any! Many, even on here said it couldn't be done. The alignment would be impossible without specialist equipment etc.
Well nothing to lose and don't like being told something isn't possible, so might as well have a go.

So here are a few pics of the repair:

I won't post pics of the strip down as that can be seen in the link above.

1. Here is the part in question attached to the optical block:

2. The old part removed next to new part for comparison. It is exactly the same as the original. All identifying marks, location of components and print are identical, even the printed part number on the ribbon, so I'm pretty confident it's an original part that Epson used.

3. Initially I tried to repair the ribbon, unsuccessfully by soldering the tracks together. Unfortunately just far too small.

4. I had to come up with a way to be able to attach the new LCD panel to the block, but still allow movement. The panel is attached by only 2 small screws, no glue or anything else. These screws when loosened allow a very small amount of adjustment. The ONLY way to align the panel for convergence (how the heck they do this at the factory I do not know!)

First idea was to loosen the screws and use a couple of bent to shape paper clips and some foam to provide pressure on the LCD against the mounting plate. This didn't work well as it just pulled the panel out of alignment.
Using the panel alignment grid I couldn't get the convergence right no matter what as there was always soft thick blue lines on the the left side of the grid, even when the right was almost aligned.
Unfortunately I didn't take any pics of the convergence problems, but it turned out to be a focus problem. The plate that the LCD mounts on has little lugs on each corner. The corners of the plate can move forward and back on these lugs and set the focus alignment which is set at the factory and glued in place. With my messing I had pulled the plate out of alignment on the left top and bottom corner. After getting that back into position the focus on both sides was equal.

5. So I came up with a better idea. I made a couple of very tiny plastic washers for the screws which would put pressure on the LCD panel, but also allow movement. To add to that to make sure the panel didn't slip slide everywhere I used something called Shelac. It used to be used for building old engines as a gasket compound. It's VERY sticky and never dries or drips, so ideal. I put a dab on each corner and nipped the screws up with just enough pressure to hold the panel, but allow movement.

This worked fine, however the problem was that I couldn't get enough adjustment in the LCD panel movement to get it aligned with the red and green. You'd think manufacture tolerance would be so tight that the panels would be pretty much exactly the same, but the glass must be slightly different in position. Note that a teeny tiny amount here is a lot on the screen.
To remedy this I opened out the screw holes larger. There was also a small ridge on the outside of the screw hole which i ground down with my dremel as I thought it may interfere with movement where the plastic washers sat. I covered the panel with cardboard for protection from swarf and contamination. 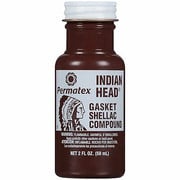 6. The optical block is attached by 3 screws to the projector assembly. The silver aluminium piece. Also at the bottom of the silver piece is just ONE screw. This holds the entire LCD block to the silver aluminium mounting piece! There are a couple of lugs to locate and one is eccentric to allow slight movement twisting left or right. This tiny movement has a marked effect on overall focus of what is projected on the screen.
Ever since I've had the PJ I always had an issue getting the whole image in focus. It was either one side or the other in perfect focus. It turns out this was the culprit. The block wasn't fully square to the lens. Adjusting this allowed me to get perfect focus across the entire screen.

7. I didn't take any pics of the alignment process, but it was miles out, it took me a good while to get everything in perfect alignment. It wasn't easy and wasn't difficult either. Just took patience to get it right. I used the tools below.
A tooth pick to hook under the heat sink of the LCD panel (you can see a gap where you can fit the hook to pull the LCD up either left or right side) For downwards movement I just tapped it down with the blue plastic tool, also used that to move the LCD panel side to side. The tweezers for fine adjustment,
There is just enough of a gap either side of the ribbon when the motherboard is fitted to get the tool in, but you have to be careful not to put any pressure on the ribbon. Don't want to tear it again.

After I'd got the alignment spot on I used some small drops of super glue on the top corners of the LCD panel where it met the mounting plate of the block to prevent movement. Just used a small watch screwdriver to do this with a blob of glue on the end. Sorry don't have pics of this, but below is where I mean. After the glue dried I then removed the LCD block again and then used a blob of silicon sealant to secure the lcd panel further and slightly tightened the screws a bit more.

8. Below are some pics of the panel aligned. It can be done. I got it pretty much spot on and just did a few tweaks in the LCD alignment menu.

The only issue after all this was a few dust blobs had appeared. Got rid of these by removing the LCD block and blowing the blobs out with my air compressor fitted with a fine nozzle.

Projector is now working perfectly and ready for more years of service.
Hope this helps someone else out in the future.
Last edited: Mar 12, 2021
T

Very good job!
You must log in or register to reply here.