Hey, this is just a thread to show my newly finished basement.

This house is 2 years old, and when you buy a brand new house, almost always the basement would be unfinished, meaning just wooden stairs down, concrete floor, no walls, or anything. All you see is a wide open basement.

The basement is still not done, it still needs some touching up to do, but the main part is over. 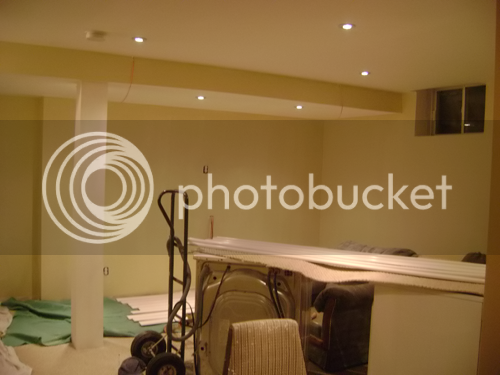 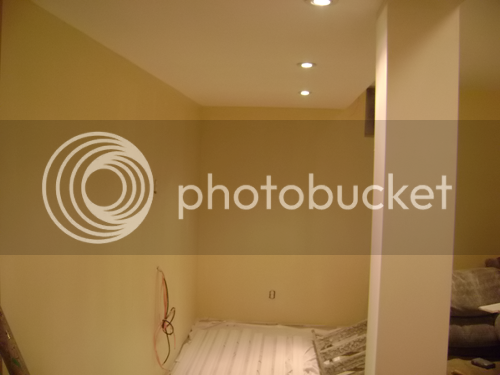 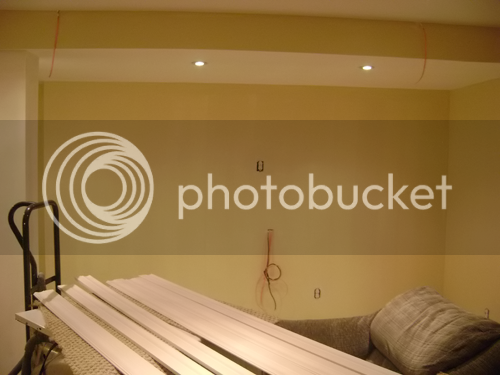 The same day, I installed the TV on a wall-mount, and did some of the wiring. 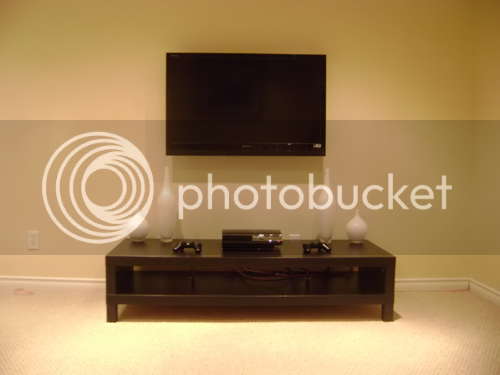 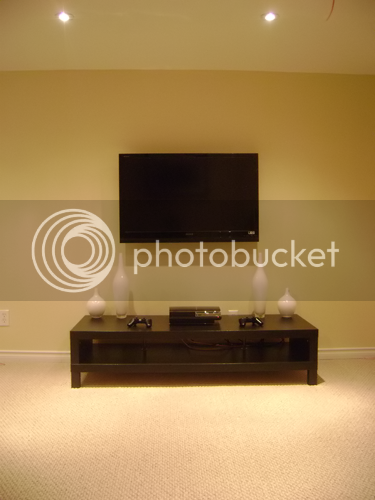 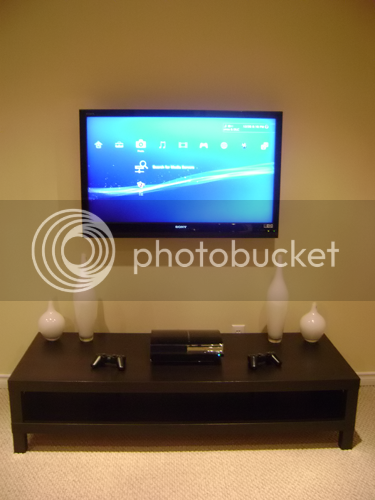 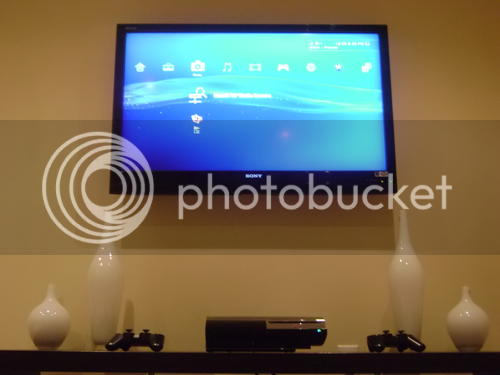 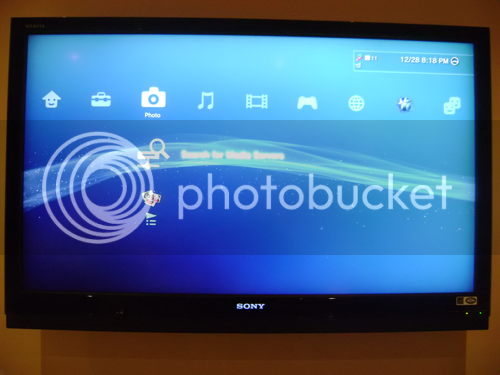 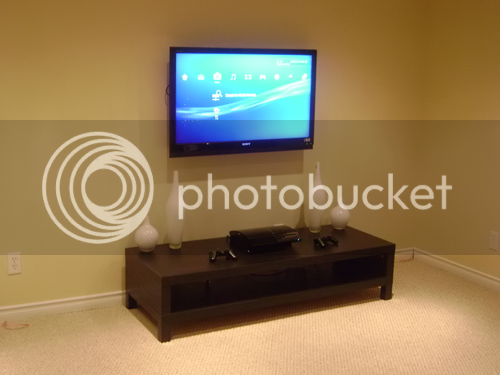 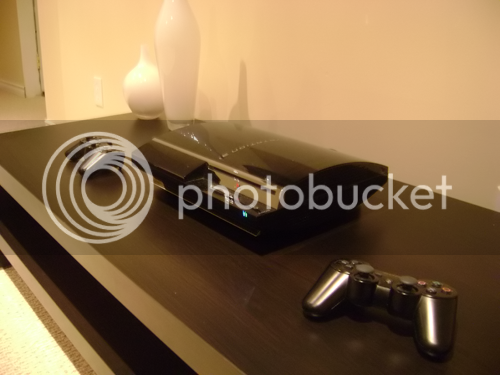 On December 27, we also bought the Sony BDV-E500W Blu-Ray Home Theatre System.
It cost $500, on sale from $1100.
Unfortunately, it sold out but they ordered some more and required us to pay them in full first.
They told us they would call when it comes in. 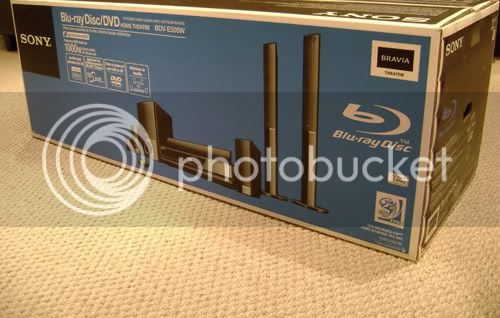 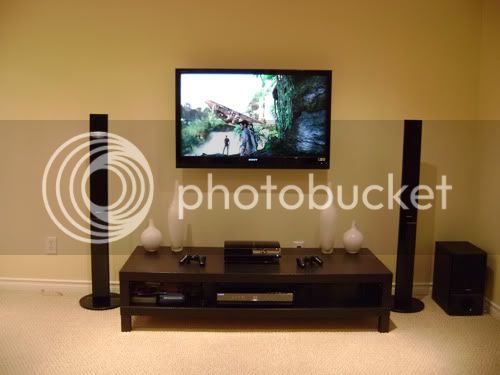 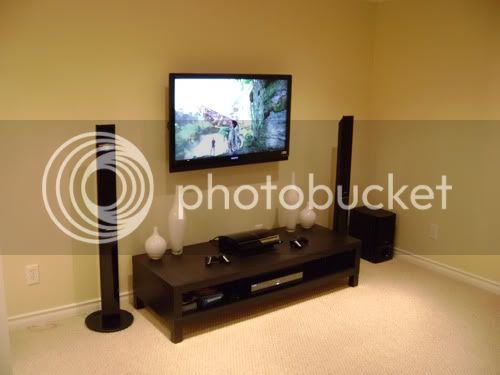 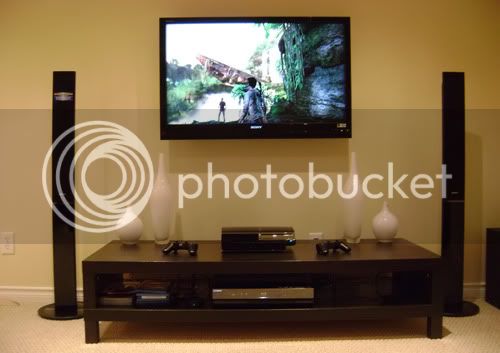 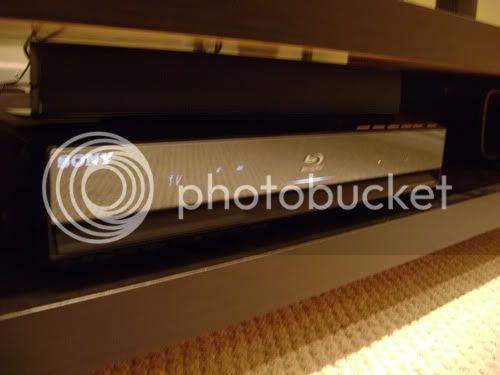 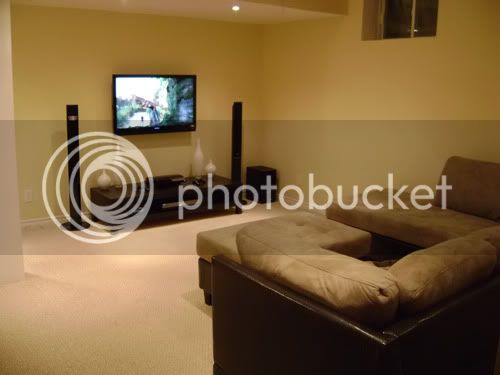 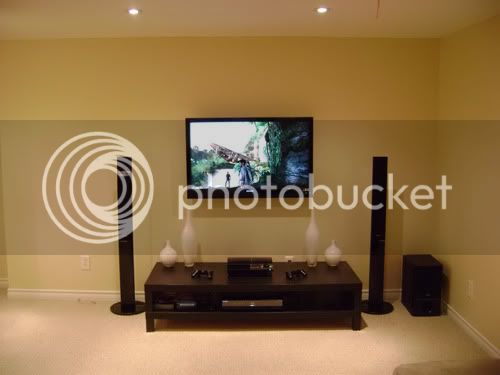 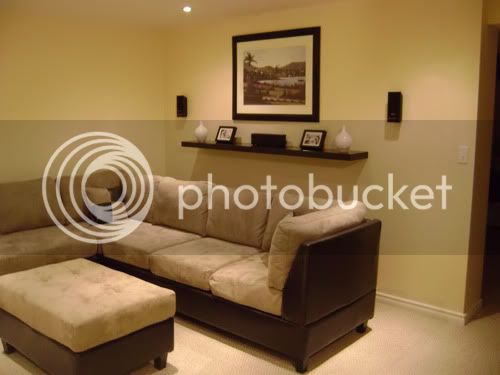 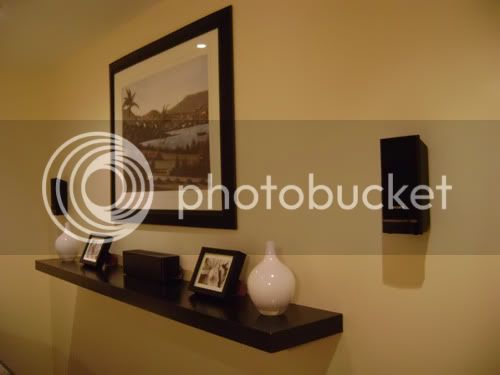 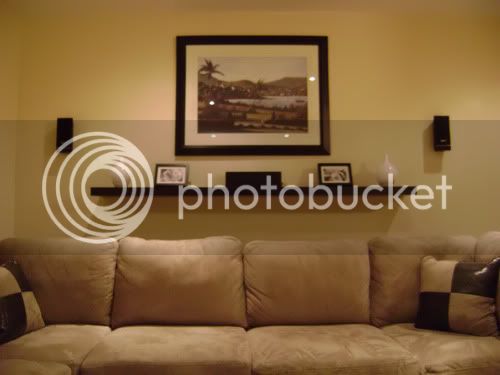 The speaker wires took quite a long time to install.
We had to drill through a stud to get the wire through to the other side.
We eventually had to cut open the drywall, then paste it again.

I think the room is now completely finished.

Very nice setup, neat and tidy, wish my house had a basement.

Looking really good! Mine might be similar - when its finished!!

You'd have to move to the states first mate we have cellars this side of the pond
LINK TO MY HOME CINEMAhttp://www.avforums.com/forums/members-home-cinema-gallery/814654-bout-time-i-posted-some-pics.html

Very nice indeed Beautiful
But that room is screaming out for a larger TV or Projector have you any plans for doing that.
Tony
Sonus Faber Concertino ,Sonus Faber Domus Centre, Denon 3500 avr, Panasonic FZ950 65' Oled,
Audioquest Nighthawk Carbon headphones

tonyrees687 said:
Very nice indeed Beautiful
But that room is screaming out for a larger TV or Projector have you any plans for doing that.
Tony
Click to expand...

do you intend to get a bigger screen in the future or are you happy with the size you have?

tonyrees687 said:
Very nice indeed Beautiful
But that room is screaming out for a larger TV or Projector have you any plans for doing that.
Tony
Click to expand...

That's nuts I had the exact same thoughts. That room is crying out for either a projector or some crazy sized plasma.

Looks great! its begging for a PJ screen in there though!!
Occasional dabbler in building stuff, often influenced by shiny new things.

In a word.. Perfect
http://www.avforums.com/forums/members-home-cinema-gallery/1037373-budget-bedroom-setup.html
You must log in or register to reply here.