'Dracula: Year Zero', a period film exploring the origin of Dracula, weaving vampire mythology with the true history of Prince Vlad the Impaler. To be directed by Alex Proyas (Knowing) and script by Matt Sazama and Burk Sharpless. Sam Worthington is in negotiations to star. Producer Michael De Luca is trying to get this made at Universal. Hope the project comes off, it could make an interesting film.

The film is a origin story for kind of an origin story for Prince Vlad of Transylvania and how he came to be a vampire and what were the circumstances surrounding his transition from you know ruler of this modest country to King of the Undead." He continues, "It's almost a mix of historical fact and supernatural fiction. It takes place during the time of the original Price Vlad... Vlad was born in 1390, so it's the 14th century." But what brought him to the story was it's blend of films. "The script was an ingenious blend of &#8220;Braveheart&#8221; and a horror film. Like Prince Vlad is positioned as a young ruler who to protect his kingdom from the tyranny of the invading Turk army allows himself to become a vampire and in doing so ends up defeating the invading Turks but is now stuck being Dracula for the rest of his undead life."
Click to expand...

Sam Worthington as Jake The Impaler... 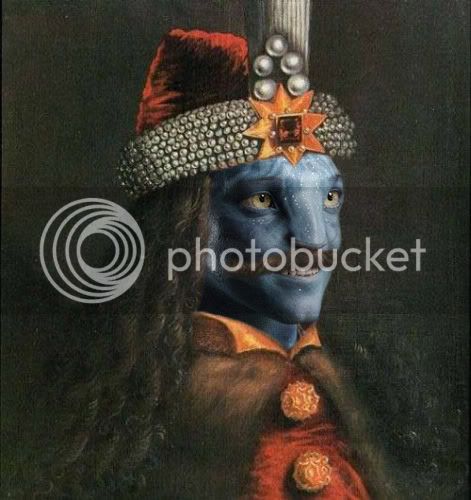 Hope this project comes off as the last few Dracula/Vampire films have been somewhat lame and pointless! Not sure on the SW pic though!
You haven't anything to worry about. He hasn't spoken a word in 15 years.
Twitter: Gilly1974 (hear my views on goalkeeping and horror!)

Gilly said:
Not sure on the SW pic though!
Click to expand...

"Sam Worthington is in negotiations to star"

captainarchive said:
"Sam Worthington is in negotiations to star"
Click to expand...

Yeah I know but the pic above is of him in AVATAR!
You haven't anything to worry about. He hasn't spoken a word in 15 years.
Twitter: Gilly1974 (hear my views on goalkeeping and horror!)

Gilly said:
Yeah I know but the pic above is of him in AVATAR!
Click to expand...

i thought i'll confuse the matter, it was too obvious to have a real pic of sam in there

could be a good one IF, they decide is it gonna be, fact with a bit of fiction, or fiction with a bit of fact. the first style id like to see but thats just me!

The story is a mix of mythology and true history as it follows the story of Prince Vlad, the inspiration for the Dracula character popularized by the Bram Stoker novel.
Click to expand...

Gilly said:
the last few Dracula/Vampire films have been somewhat lame and pointless!
Click to expand...

The same can be said about Sam Worthington himself!

According to Variety, Captain America: TFA/Abraham Lincoln: Vampire Hunter actor Dominic Cooper has signed on for a role in Gary Shore's take on Dracula. The site don't reveal who he will play, but do say he's "ready to take on the most famous vampire of all", so perhaps that suggests he'll be a foe of Luke Evans' "Prince Vlad". Frequent David Cronenberg collaborator Sarah Gadon will play the female lead in the movie which will be "a mix of mythology and history as it follows the story of Prince Vlad, the inspiration for the Dracula character popularized by the Bram Stoker novel." Matt Sazama and Burk Sharpless wrote the script, and the movie has an August 8th, 2014 release date.
Read more at CAPTAIN AMERICA's Dominic Cooper Joins The Cast Of DRACULA
Click to expand...

.
films ive seen at the cinema this year

The news comes after it was reported Universal Pictures and new producer-financing partner Legendary Entertainment were in talks to come on board.
Last edited: Apr 28, 2014

Universal have given this film a title - Dracula Untold 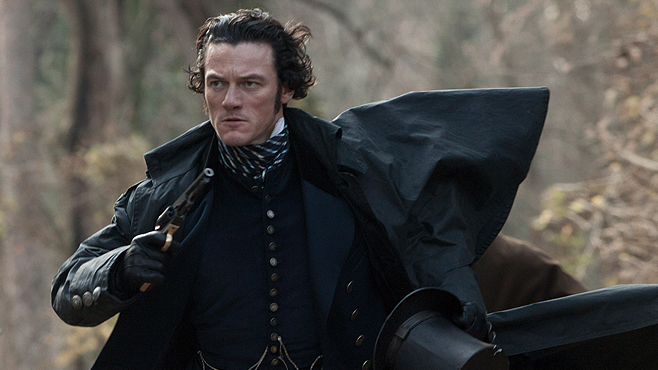 PG-13 according to actress Sarah Gadon;

“It’s an action film but it’s also really a fantasy film. I’d say it’s more of a family fantasy film. It’s about a family as well. It’s going to be a PG-13 film and it is more about the family than it is about sexual angst.”
Click to expand... 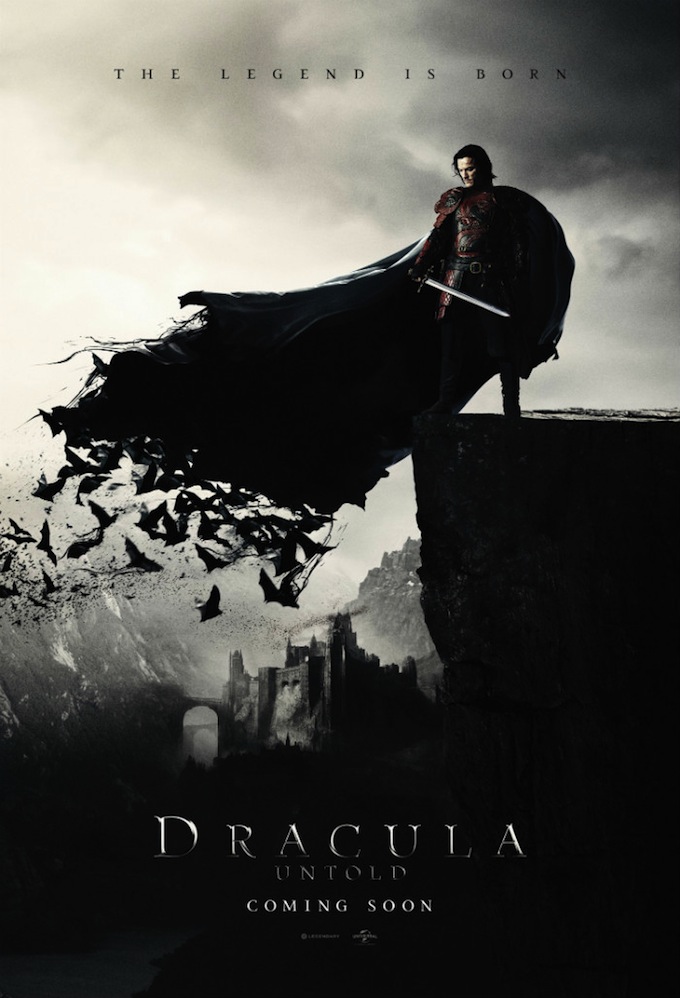 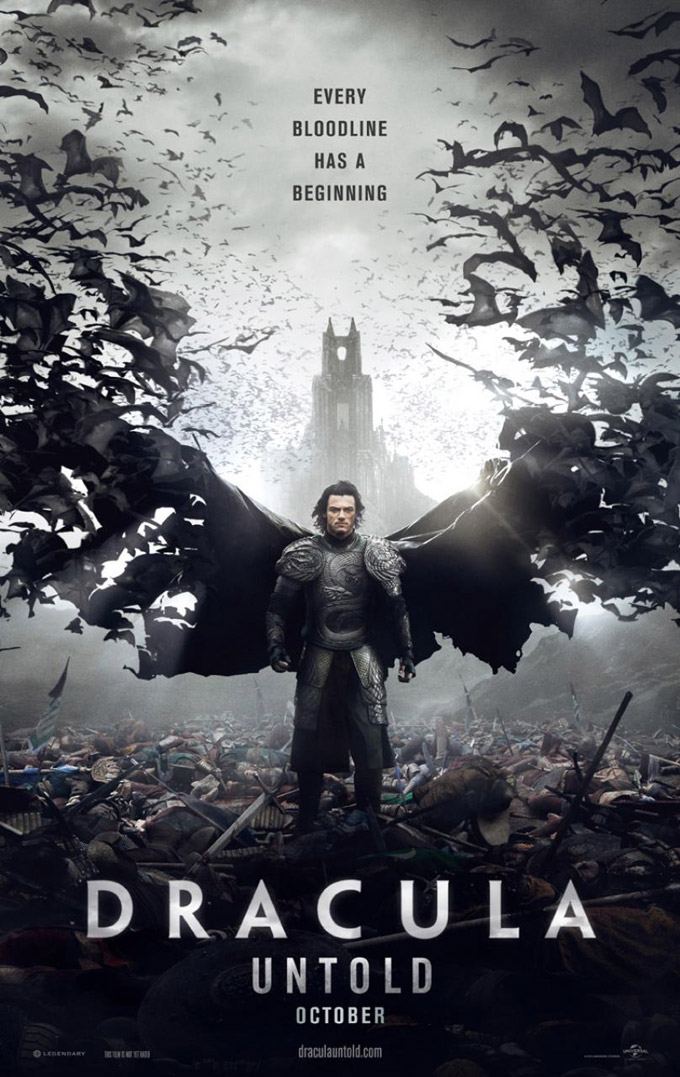 Those poster have in no way been influenced by the artwork for Batman Begins. 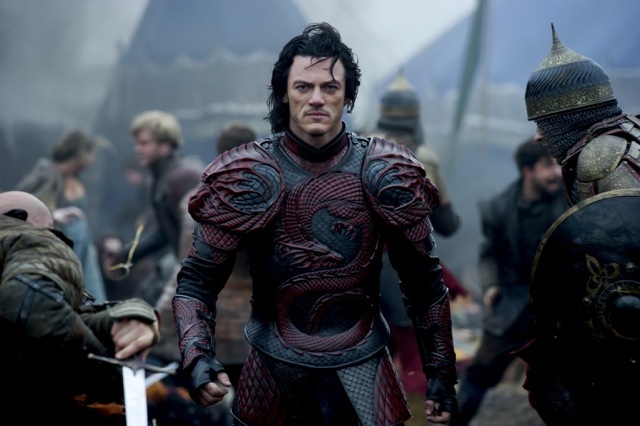 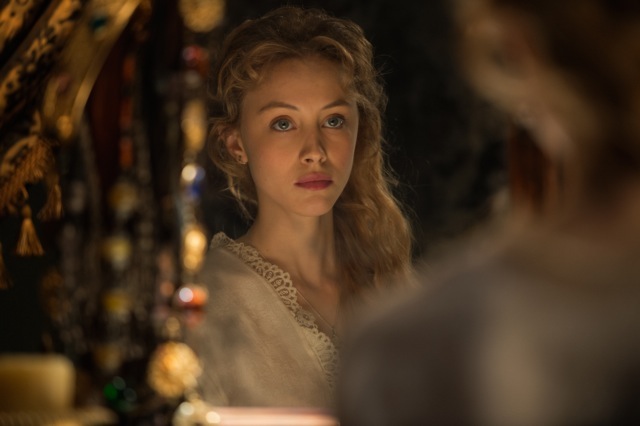 Surprisingly from the trailer this looks more than half decent.

captainarchive said:
Those poster have in no way been influenced by the artwork for Batman Begins.
Click to expand...

You could argue that Dracula is the original bat man.
Promise me, Ned. 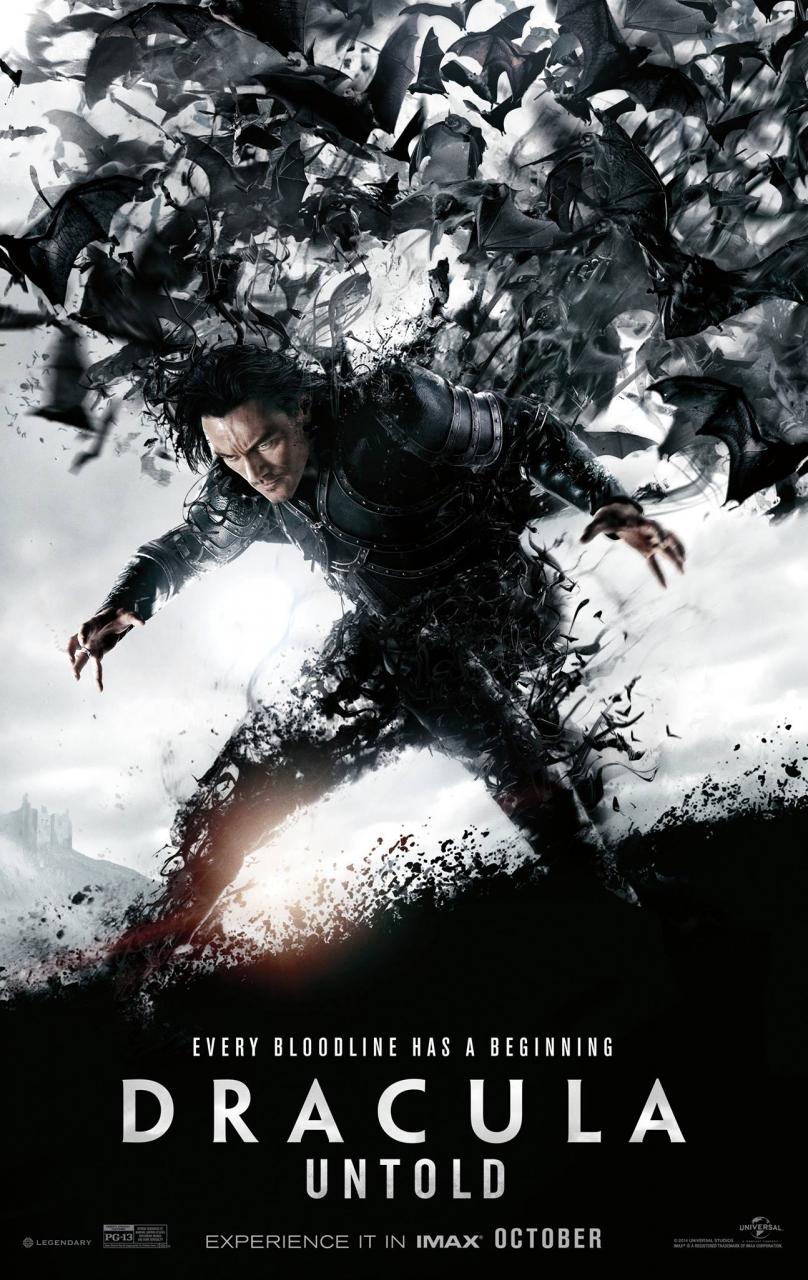 I have to say, this looks pants, very much in the vein of Underworld etc... And I thoughts those kind of films ran out of steam in the noughties !

Empire Review, probably their shortest ever?

Armour-clanging, cloak-swishing tosh with okay battles, terrible dialogue and sadly little horror or heroism. Nowhere near as bad as I, Frankenstein – but what is?

There are things to enjoy in Dracula Untold, though as with many an origin story, it’s the possibilities of what could come next that holds even more appeal. While the nature of how the last act unfolds won’t be revealed here, the talk surrounding Universal's attempts to start world building with its classic monsters means there’s all kinds of crossover potential, especially with The Mummy reboot in the works. Here’s hoping we get a chance to see what future instalments hold, as the solid first step taken by Dracula Untold makes for a sometimes surprisingly unconventional and emotive night's entertainment.

A solid debut from a first timer, with some fine performances on display. The script isn't the greatest (some of the dialogue is pretty cringe-worthy), and the rating de-fangs the material, but well worth checking out if you're in the market for a Drac-origin tale. Plus, Charles Dance threatening to open someone from groin to throat and feed them their own intestines is worth the price of admission alone.

Dracula Untold was made to early to adhere to the planned Monsters Cinematic Universe, though this film is part of the shared universe, which Alex Kurtzman and Chris Morgan are currently developing for Universal's classic movie monsters, with the first movie being Kurtzman's THE MUMMY.

Surprisingly I quite enjoyed it ! 6/10
You must log in or register to reply here.

Jason and the Argonauts
2