After living in a house with unmetered water for 30 years, I moved into a rental with a meter. I read the meter on the way in and on the way out 13 months later. During this time I never had any contact with the water company - no bills received - and the direct debits were unchanged until the final month.

After that I moved into a purchased house, and again no contact and no bills, and unchanged direct debits for a year. Then bang, the most recent DD is more than double the previous ones at £97 - for a month.

This prompted me to do some digging. Apparently in the rental we were using about 7.6 cubic metres per month and now we are using double. But our lifestyle hasn't changed.

There are only two of us, we are both retired, we only shower and never use the bath, we don't use a lawn sprinkler and I used to wash my car about once a month - now it's less frequently. Towels and bedding are washed once a week (two lots, we have separate bedrooms and bathrooms).

I'd love to know what would be a "normal" level of water consumption for someone like us, as even 7.6 cubic metres, ie 7,600 litres, sounds a lot for a month and double that seems completely crazy.

I want to argue with the water company that it's impossible for our consumption to have doubled as we haven't changed our lifestyle. Then maybe ask for the meter to be checked. It would be useful to have some comparisons before I tackle them.

I guess it depends on the area you live in, but in Suffolk, there are 4 of us in our house (2 kids), everyone showers or baths daily, sometimes twice a day, we water the garden, we wash the cars monthly, the kids have paddling. I pay £45 a month.
Saying that, I never give readings, but my meter is on the path outside my house so would assume the water company read it sporadically.
My flickr

1st thing to do is make sure everything is turned off and check the meter is rock solid. Any movement of the needles/display would suggest a leak your side of the meter. If all is well, get a container of known size, 10 or 20 litres would be most convenient and fill it enough times to be able to take an accurate measurement from the meter and check that say 10 x 10 litres fills read 100 litres at the meter.
My opinions are my own and do not represent those of the AVForums or its associated websites.

LOL! I live in Scotland.... if water was as expenaive and sought after as oil the Scotland would be richer than UAE.
Apart from that I cannot help.
Col
XBOX GamerTag: Tad9er McBad9er

Family of 4 here, 2 kids, we're fairly careful about our water usage and collect rainwater for use in the garden so think we're below average. I also check the meters monthly and track usage on a spreadsheet and force the family to sit through a powerpoint to analyse the trends. So showering, flushing, laundry, cooking, dishwashing we use 150L/day on average, so just over 4cu.m per month, which I think works out at something like £25 per month.

When the in-laws were staying with us for a couple of months, who have more "normal"/wasteful habits, the consumption did double though.

Edit: Incidentally I think the meter sends the readings to the water company as I've never submitted a reading or had a visit to check it (it's inside the property) and the bill's always right.
Last edited: Sep 24, 2020
Everything will be all right in the end. If it's not all right, it's not the end.
http://www.flickr.com/photos/[email protected]/
D

Run your usage in here Water Meter Calculator | CCW it should be very close to you’re real cost.

plus @IronGiant post about turning everything off and checking the water meter for movement is very important, really I’d recommend leaving it off for at least an hour.
S

Thanks for the tips. I will certainly try turning everything off for a few hours but taking a measured amount would be tricky as to get the meter to go up by 1 would require 1000 litres of water!

I tried the water meter calculator site and it estimated 102 cubic metres, fairly close to the 99 that the meter said we used in the rental in 13 months.

Update - I just went to look at the meter and I realise I never noticed before that it reads down to 1/100 cubic metre, so taking a measured amount of water is quite practical. Now where's that big jug.....
Last edited: Sep 24, 2020

ouch! Ours is digital and measures down to a single litre, which would make such measurements rather easier. You could still test it but you'd have to use the rather less accurate method of getting an estimate of your flow rate e.g, takes 3 minutes to fill a 20l litre container and then run it for long enough to get through 1000 litres (while paying for it).
My opinions are my own and do not represent those of the AVForums or its associated websites.
S

OK so peering through the condensation on the glass I see that the digital part of the display goes down to 1/100 cubic metre (five white digits and two red) but there are also two analogue gauges, one has the text x.001 next to it and the other x.0001 - so it actually reads down to 1/10000 cubic metre.

I used a hose to fill a home-brew fermentation bin and stopped when the meter said 20 litres had been passed. I checked the water level in the bin and it was bang on 20 litres. So I know the meter is accurate.

I then took readings at the beginning and end of a 3 1/2 hour period during which time we used no water at all. The meter showed that 13.5 litres had passed. I will repeat this in a few days to see if the flow rate varies (maybe one of us used some water by mistake).

A day later I repeated this, but this time with the internal stopcock off. This time the meter showed no water passing. So it seems we have an internal leak - but there is no sign of it.

This is especially challenging as we are shielding - the wife is over 70 and takes medication for high blood pressure. Persuading her to let someone into the house will be a challenge. I also have to think about the previous owner - we've only been in a year and the monthly flow rate has been the same all that time. So he *must* have known about this. And he's a builder....

If your leak was upstairs (assuming you have an upstairs) then it would probably be obvious downstairs. So, if we assume you leak is downstairs perhaps she could shield upstairs if you have a plumber visit. Did you do a second test to confirm the leak?
My opinions are my own and do not represent those of the AVForums or its associated websites.

Could it be a stuck ballcock ( float valve ) forcing the missing water to dump through the overflow.
Last edited: Sep 29, 2020

skyline32 said:
then took readings at the beginning and end of a 3 1/2 hour period during which time we used no water at all. The meter showed that 13.5 litres had passed.
Click to expand...

That's one old school toilet flush though, I would be lucky if I made it through that period without taking a leak (no pun intended) 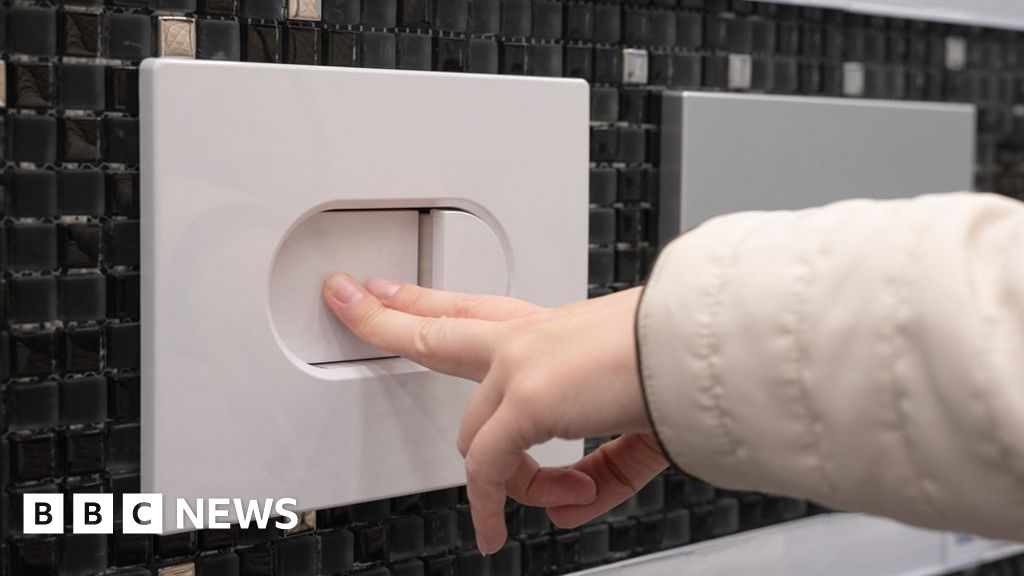 The water-saving device wasting billions of litres every week

Low flush toilets often waste more water than they save due to poor engineering and confusing buttons.
www.bbc.co.uk

coincidentally just read this. Mine are new and have a run-on. only needs a steady but slow leak to add up.
if you can get at the isolation valve on the inlet, try turning it off for a while?

Good point, especially if they have an internal overflow. I've had to change one of ours due to internal leakage.
My opinions are my own and do not represent those of the AVForums or its associated websites.

Same with me. I had to change an old toilet last year that overfilled the cistern and it just used to run out of the overflow. I only noticed as once it got stuck on and the overflow is literally a pipe out of the wall so it ran all over the path. Opened the cistern (downstairs WC so not heavily used) and the little rod that stopped the water from filling was stuck (plastic started to perish it was that old).
My flickr

And the Lord said unto John 'Come forth, and receive eternal life'
But John came fifth, and won a toaster.
S

The toilets are old school thrown syphon flush units so I doubt they leak. I did close both isolation valves but it made no difference to the water loss. I'm currently waiting for a (very busy) plumber to call me to explain how he proposes to locate the leak and how he's going to keep us all safe.
You must log in or register to reply here.

T
How to calculate gas and electricity usage

M
Promoted WANT IT, RENT IT