Well I think I'm going to try a cheap DIY spandex AT screen. As many on here will appreciate we all love to try and get our HC set up to the best we can achieve. So as part of this I want to get all my front speakers at the same hight. At the moment the centre channel is below the screen and below the front left and right speakers. So the plan is to make a very cheap AT screen so my front speakers can be placed behind the screen all at the same level. Lots of info on the USA forums about using spandex but very little over here so guessing not many have tried it? Anyway thought I'd start a thread with my findings as the project progresses. Going to make a timber frame that will probably end up in 2 or 3 sections and fixed together later as I won't get the timber in my car for the lengths I'll need. Then stretch the spandex over the screen using two layers, the first I'm going to to try black with a second layer of white over the top.

Will update as things move along. If you have any hints/tips or questions fire away.

what size are you going to make it ?

signs said:
what size are you going to make it ?
Click to expand...

If you PM me your address, I'll post you the 4m of black spandex I bought but didn't use. You'll only need to get the white spandex then - it'll make it a really cheap screen!

If you PM me your address, I'll post you the 4m of black spandex I bought but didn't use. You'll only need to get the white spandex then - it'll make it a really cheap screen!

Nigel that would have been very kind of you , however I have already ordered and paid for the spandex Not to worry though as its still going to be a cheap project.
*My Room Full Atmos/DTS:X* *How to make a cheap AT screen "original thread " UPDATED* Epson LS10000, Denon 7200WA, M&K SS150T, rears, M&K K4T,. Dual Arendal Sub2's, Shield TV, 3.2m wide DIY AT screen.

The recommendations on AVSForum is for 2 layers - the underneath layer is supposed to reflect back light. I don't know the gain, but I think it is below 1 as I compared it to my Carada 1.0 gain screen and it was slightly dimmer.

The recommendations on AVSForum is for 2 layers - the underneath layer is supposed to reflect back light. I don't know the gain, but I think it is below 1 as I compared it to my Carada 1.0 gain screen and it was slightly dimmer.
Click to expand...

I have a Dulux painted wall that gives off a gain of around 1.4. The ScreenXD stuff gives a gain of around 1.2. The latter of course also has perforations in the fabric which may just about be visible in totally bright shots on a very large screen. I'd anticipate that Spandex wouldn't suffer moire as its not perforated.

Ok spent all day yesterday taking down the masking from my old screen (painted wall) and installing the spandex screen. The plan was to have the new spandex screen 20" away from the rear wall so I could then place the LCR speakers and my two subs behind the screen. So to start I had to make a frame so I could then fix the screen in place. Then it was a case of making the screen frame to stretch the spandex over, ended up making a 16:9 screen as the spandex does stretch along way I wanted a 2:35:1 screen but made it 16:9 then masked latter to convert into a 2:35:1 size. I used black spandex first then put a top layer of white spandex over the black. It looks move of a grey/sliver colour with the two layers. As this project is really more of a test than permanent the screen frame just hooks onto the supporting frame. Once the screen was in place I fired up the PJ to get the correct size for masking and fitted accordingly. It was the just a case of refitting the side curtains and any panels to hide the rear wall. Once all completed, tidied up, put everything back and re-run XT32 I could then see what the results were like.....


First thing the sounds fantastic, may be the pseudo effect but having the front sound stage at the same height seems to improved things no end. Also with the two subs in the front corners I seem to be getting better bass.

Ok onto the image, well its not good news . Dark scenes are very good with much better blacks/contrast than my painted wall however on bright shots (bright sky, etc) you can clearly see the spandex structure. Its difficult to explain so I'll try a get photo up later for you to see. This may well be down to the particular type of spandex I purchased however so I will be getting some other samples to try at some point.

Overall I'd say it was worth the effort and time. Cost wise for the spandex and timber/screws it come to around £120 so not really expensive. Will stick with it for now and try to source some better spandex or start saving for a proper AT screen. 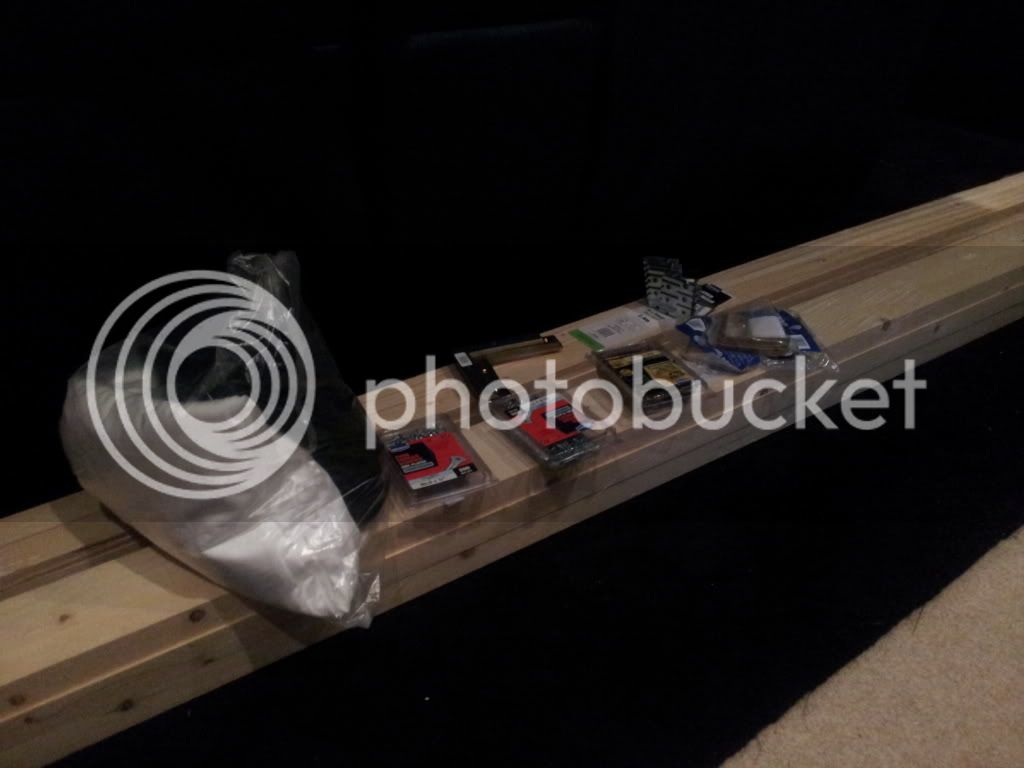 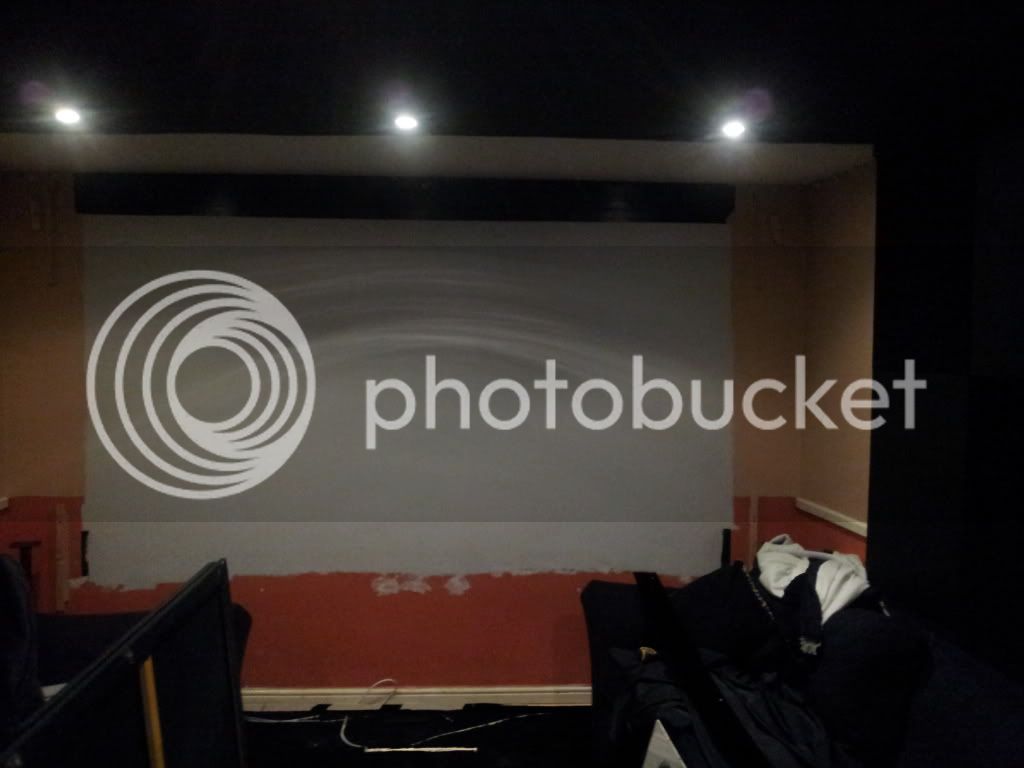 Sorry forgot to say the new spandex screen is 123" (3.13m) wide. The other thing to note is that the spandex does mark easily. I happened to catch it with a piece of timber and it sort of snagged it leaving a small mark 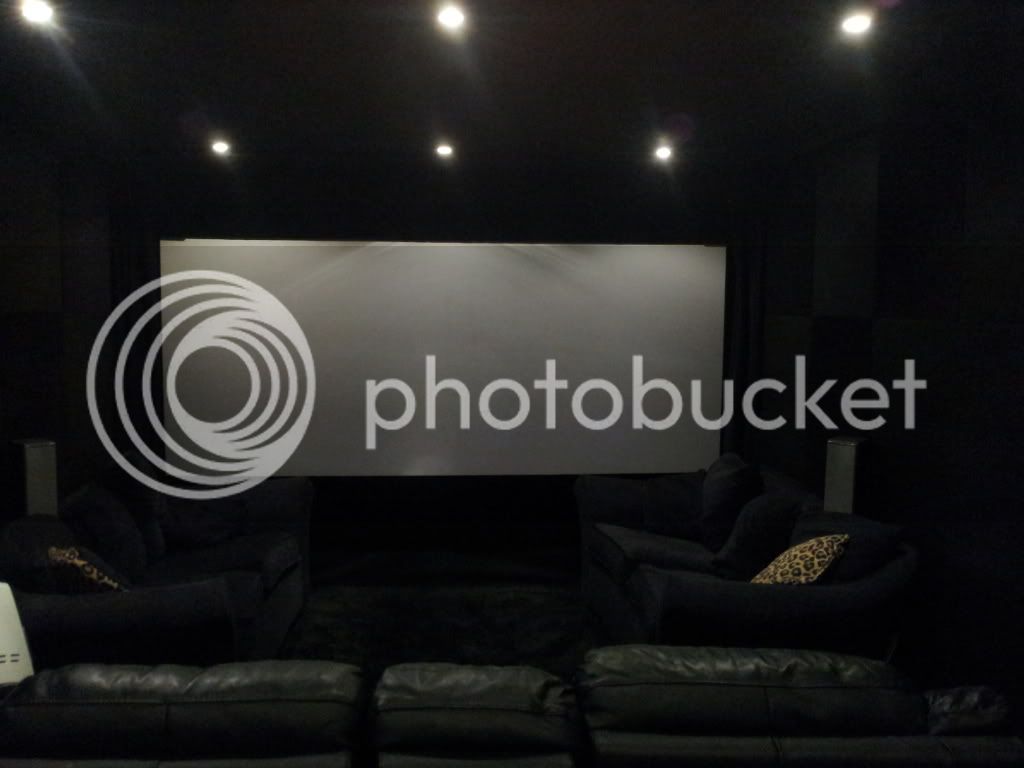 Wow. Thanks for giving this a shot. I was looking to prepare a similar screen myself this weekend. May now give it a second thought.

Can I firstly ask why white over black? That would sacrifice screen gain, something which isn't ideal given the size of the projected image. I'd have thought white over grey or white over white would be ideal for a bright screen.

Also, in relation to the level of stretch, If over stretched wouldn't this make the spandex that much more transparent allowing the projected beam to just fire through the fabric rather than bounce off it? Guess you've got to do so to get a tight fit.

The plus point I envisage from using spandex is the lack of moire as the fabric isn't perforated. However, if very stretchable this equally produces a number of negatives. I'm beginning to wonder whether the centre stage XD stuff is the only viable option.

Also, since you've already built the structure, you could just order the centre stage xd fabric through a dealer? Should cost under £300.

*Update* I sat down and watched two films yesterday and now I've gotten use to the screen I'm starting to think that may be I could live with it? Did try getting a shot with my camera phone but couldn't get it to show up the fabric effect, will have to dig my SLR out and try with that.

Went with white over black as that seemed to be the recommendation over on the USA forums. You can't see any frame work behind the screen either with the Pj on or off. Even though my image is now over 3m wide its still plenty bright enough for me but I guess it depends on how bright you like your image.

If I go with the XD screen think I would have it with the frame, not sure of the cost difference of buying the complete screen vs just the fabric?

Anyway I'll try and get some screen shots up and see how I get on over the coming weeks. Will also keep an eye out for other types of spandex.

Will say again I really am impressed with the front sound with all the speakers at the same height
*My Room Full Atmos/DTS:X* *How to make a cheap AT screen "original thread " UPDATED* Epson LS10000, Denon 7200WA, M&K SS150T, rears, M&K K4T,. Dual Arendal Sub2's, Shield TV, 3.2m wide DIY AT screen.

Adding the frame into the mix makes a significant difference in price. I was estimated around £300 for fabric for my 4 metre screen. That's fabric only. The frame work is to be DIY. If you're happy with the frame then the fabrics all that needs changing for yours. You'll then be looking out for perforation and moire in very bright scenes. Lol
My Set up:Sony HW50E PJ, Darbee Darblet, ISCO II Lens, Well endowed 4.4metre Scope screen, Onkyo 818 AV receiver, Bryston 9BSST Power Amp, MK S150 THX LCR, MA RS6 Front Wides, MA RSFX Rear Sides, MA Bronze rears, BK Monolith Sub x2,HTPC with 12TB server.
My Dedicated Home Theatre

Hi guys , . I'm going to be making a diy screen using some skirting board and 4 metres of some stretchy white fabric I got for 4 quid from a suit shop in Southall .If thats a bust I will be interested if you guys are going to buy a load of the good stuff .
Great thread btw .

jagdeepp said:
You'll then be looking out for perforation and moire in very bright scenes. Lol
Click to expand...

jagdeepp said:
If you are looking to order let me know, perhaps we could order together to reduce the customs and vat!
Click to expand...

Rob Sinden utilises the centre stage xd fabric for all his screens at Gecko. Maybe worth speaking to him. I went across to see his screens not long ago but then got busy with other things av.

I'd like to do a curved screen to maximise my anamorphic lens. Over in the US they use a splining tool and track to get a tight fit. Can't buy those here.

I contacted Seymour av here in the uk and was quoted £7,000 for a curved screen. I think I'll pass on that one!

Someone here needs to discover the perfect Spandex. Whaleys have been kept in funds for the Devore. Surely there must be a decent spandex out there which is perfectly AT.

Supahyp, the £4 cloth sounds good but is it AT? Don't think the skirting board idea will work. Surely it'll now after a while.....

Try as I may I just can't get the fabric effect to show up on photo's. 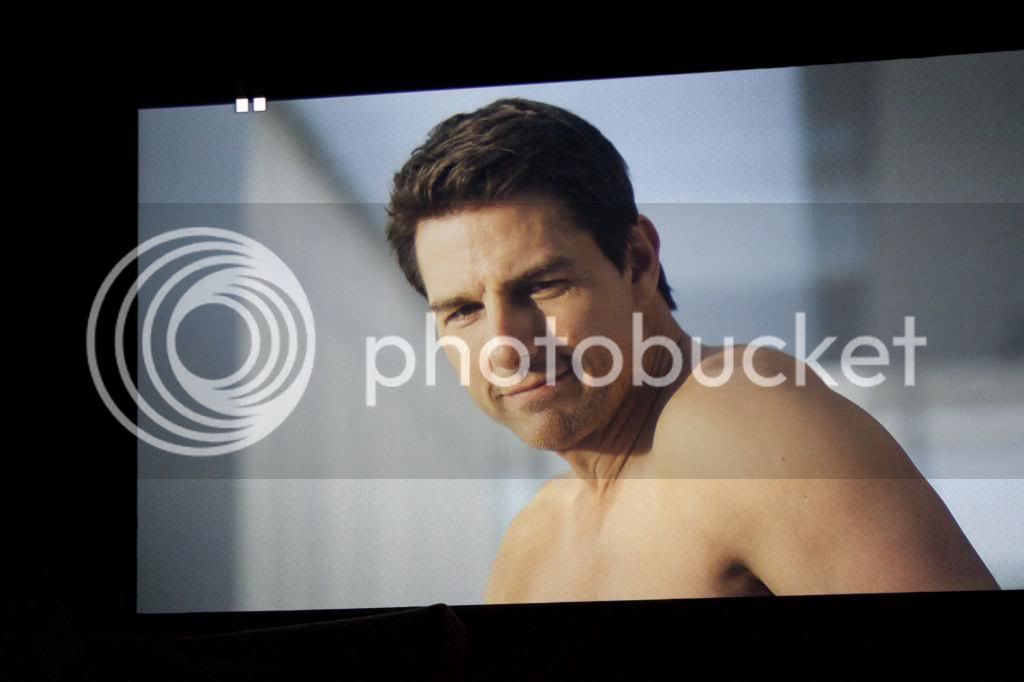 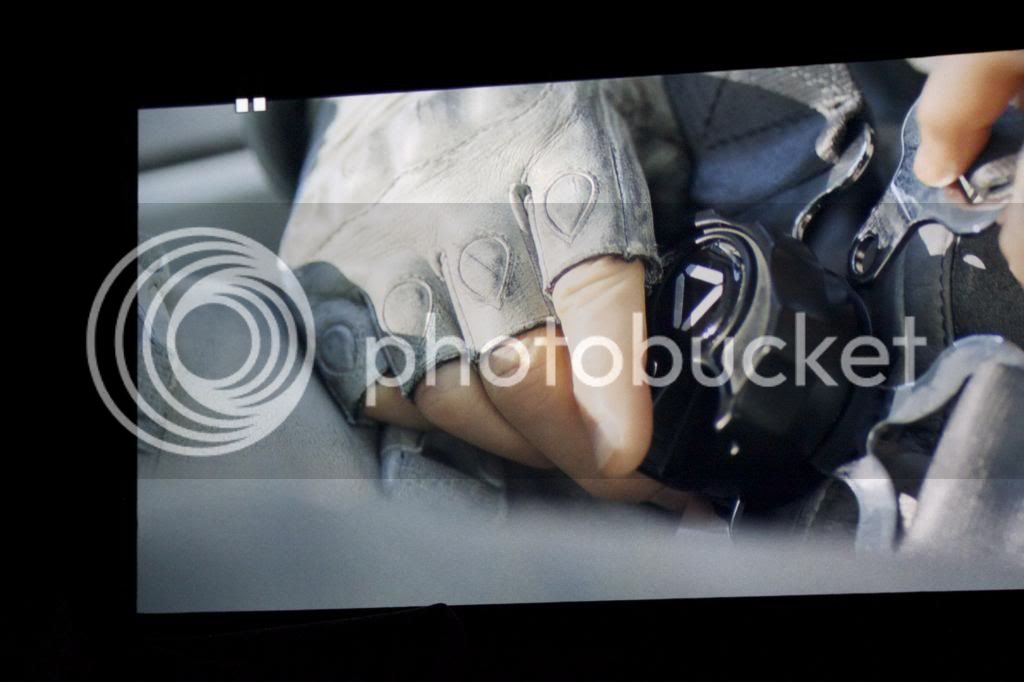 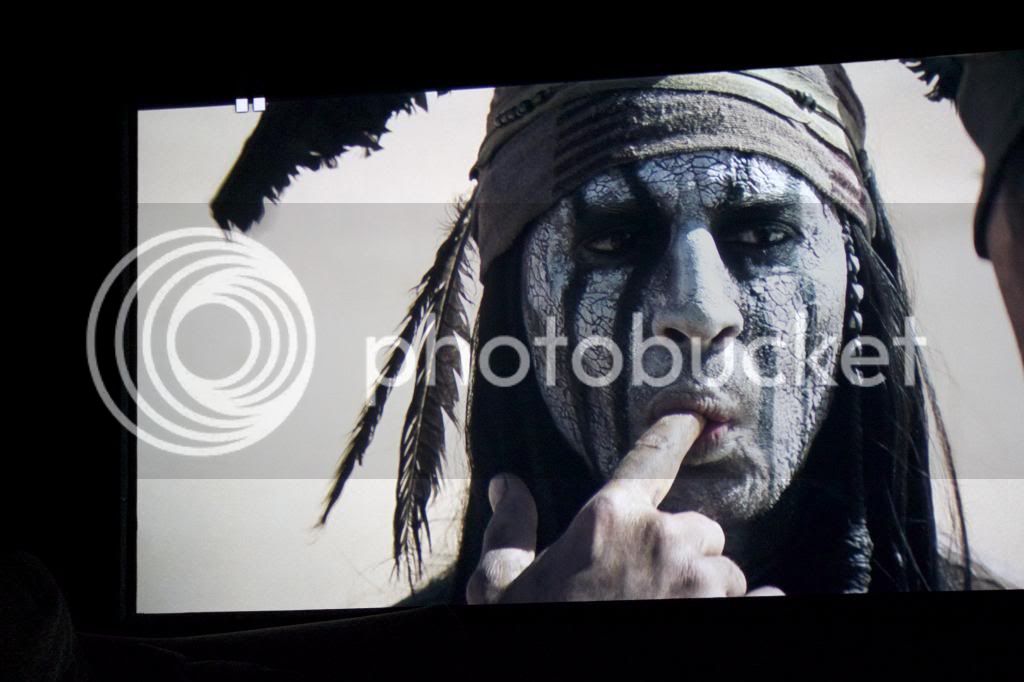 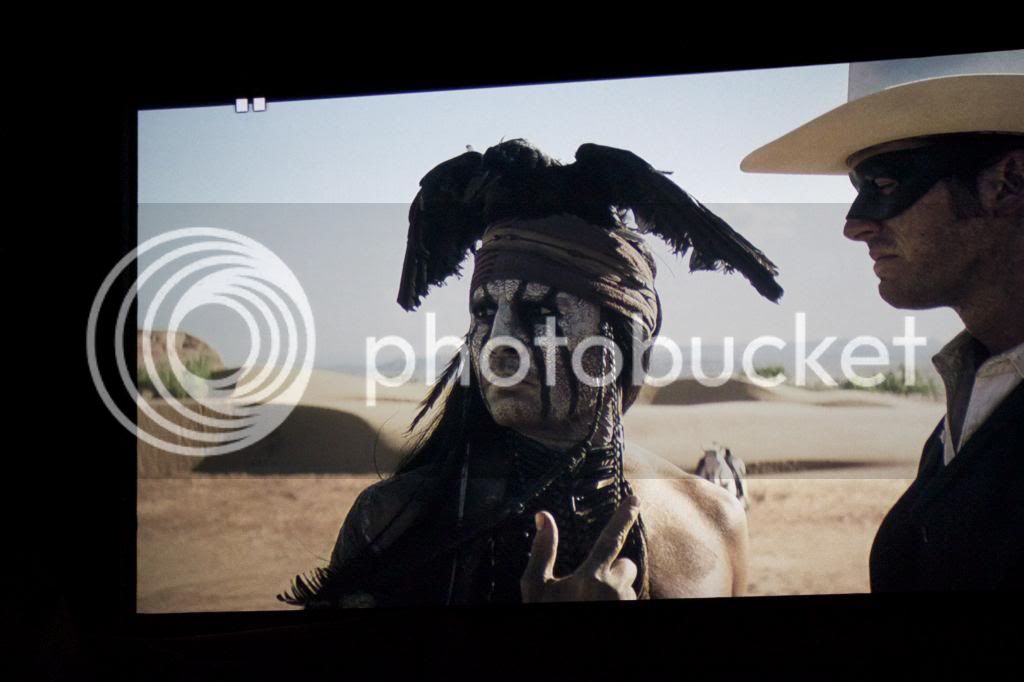 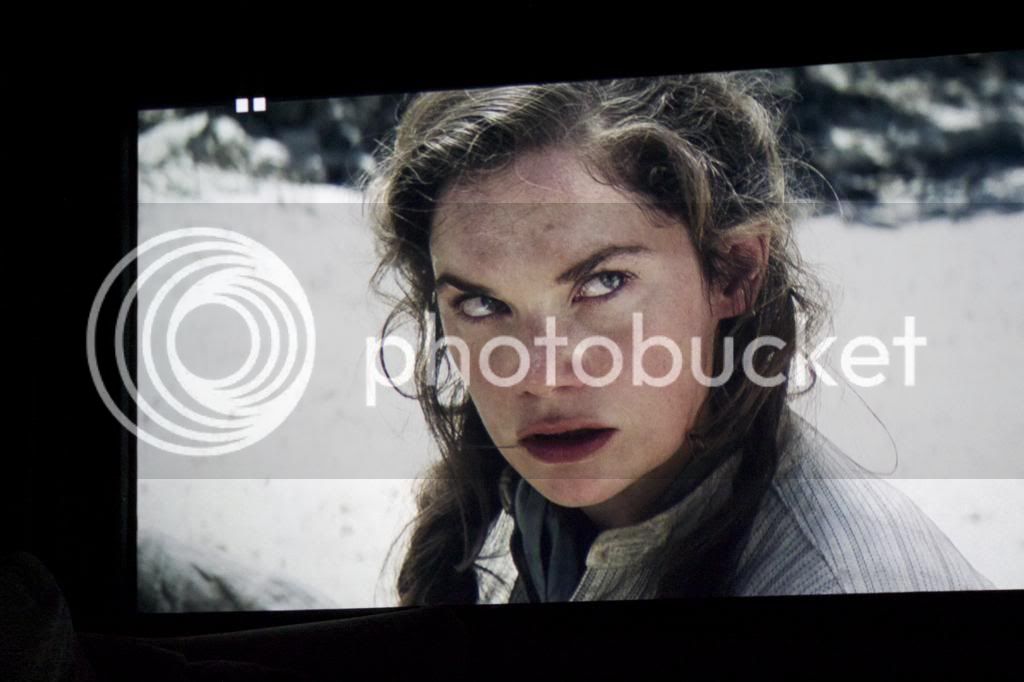 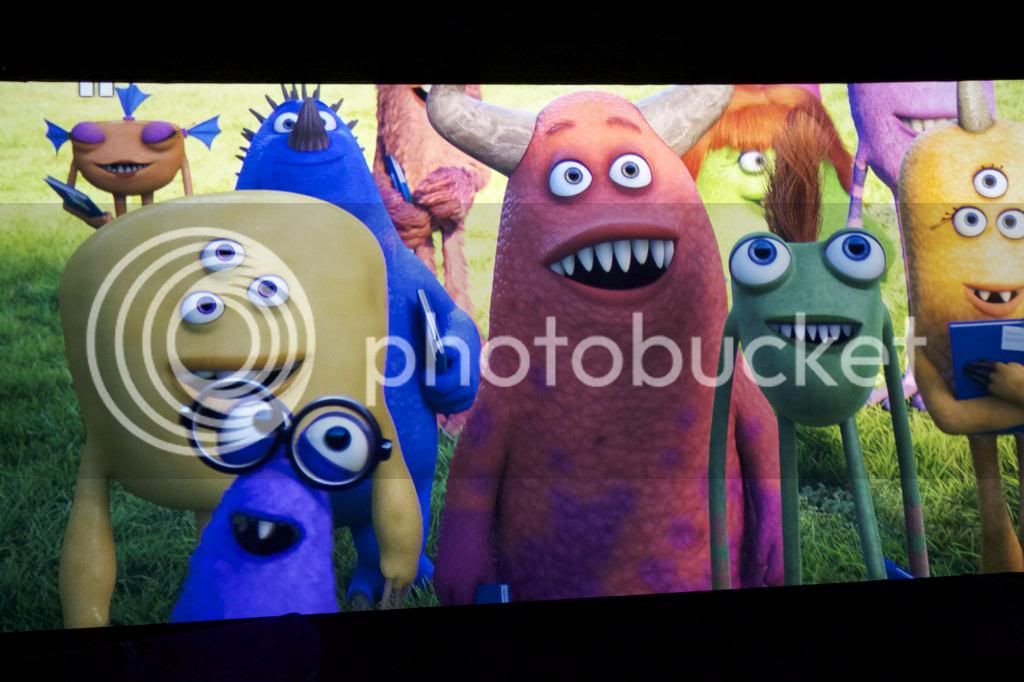 True Romance said:
And you wouldn't believe that there are three speakers and two subs behind the screen


Will try and take a video and see if that shows up the effect I'm seeing.
Click to expand...

Now you're just showing off! Lol

Lets get a group buy going :arty:
Click to expand...

Do you get used to the screen size?