Write your own review for Dirt 5

In terms of the upgrade, the specifics aren’t clear ahead of the impending launch, although faster loading times and ‘greater graphical fidelity’ are a given. 4K UHD is expected, although maybe not for the Xbox Series S, and it seems as if framerates of 120fps will be a definite option alongside the standard 60fps (rather than just a generic ‘up to’ 120) – with an in-game choice on all versions to prioritise either the resolution or the framerate. There are also upgrades via the PS5 controller, including added haptic feedback and adaptive/resistive triggers.
Click to expand...

Isn't this the game that was used to test the new "HDMI version 2.1" AV receivers which then subsequently failed to passthrough the 4K/120 uncompressed video when output from a review model XBox series X?

The threads here may be of some interest to those interested in the higher frame rate 4K games that the Xbox series X should ordinarilly be able to output:

Spotted a discussion on Reddit about the problems with the Panasonic Chipset, which is something of concerned as I have just purchased a Denon 3700. Any thoughts from our experts? 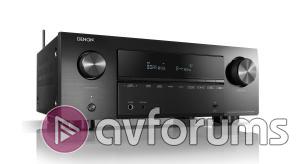 News about the faulty HDMI 2.1 chipset found in the latest Denon, Marantz and Yamaha AV receiver that leads to a blank screen when passing 4K 120Hz

Seriously though does this game even have a story, it's a racing game, story should be replaced with a racing score, just my personal opinion.
M

If you total the individual scores for the sections it's 49. Divided by sections (7) equals an average of 7. So this game is a 7/10!
I

That is if you assume an equal weighting - which of course would be bonkers. Who cares about 'the story' in this game?

iwb100 said:
That is if you assume an equal weighting - which of course would be bonkers. Who cares about 'the story' in this game?
Click to expand...

Oh my days this has some majorly frustrating tracks. 'Lions Head' Rally Raid almost had me launching the controller at the screen. As the review states though this doesn't prevent progress and has been an exception rather than the rule so far.
LG OLED 65B8, Denon AVR-X4500H Receiver, Panasonic DMP-UB820 UHD Player, Q Acoustic 3020 surrounds, Q Acoustic 3090 Centre, BK XLS200 DF Subwoofer

This looks seriously underwhelming. Having recently watched an extended playthrough on YouTube I was pretty amazed that this is being pushed as a gateway into the next generation. It looks entirely current gen. The regressive 'dude!' style presentation compounds that further still...

Can anyone please confirm if you can have AI cars in private lobby’s to increase the numbers?
You know you're old when you can remember queuing for a Coleco Vision with your mother.
XBOXONE S/X/360:- Quiddelbach PS3/4 PRO:- Quiddelbach
Nintendo Switch -3583-8149-3602

A group of us OAP’s love Wreckfest, great fun, helped by the fact you can add AI cars to fill the grid, that’s important to us. Can this be done in Dirt 5?
You know you're old when you can remember queuing for a Coleco Vision with your mother.
XBOXONE S/X/360:- Quiddelbach PS3/4 PRO:- Quiddelbach
Nintendo Switch -3583-8149-3602
You must log in or register to reply here.
Share:
Facebook Twitter Reddit Pinterest Tumblr WhatsApp Email Link