Denon DVD A1 Does this player Give Reference grade CD Play Back?

Hi Everyone... So it's 2021 from what I can see the Denon A1 is still regarded ad a high end reference Player.

I own a Marantz SA-15S1 which sadly seems to have a issue with its laser and may need replacing along with a possible new transport. So I can either spend money on the unit but will cost me a fair few £££ to correct the issue as its 14 years old now.

Or look into grabbing a Denon DVD A1 and use it with my beloved Denon AVR-4803.

As this was a pretty high end unit for its time the A1 that is does it give reference grade CD playback. I know sadly the A1 does not surport SACD which is a bummer however I can use my Denon 3313UD Blu-ray player for that part. As that had 32bit 192khz DAC.

Anyhow what do you guys think is the A1 still highly regarded are the internal DACs still that amazing it needs to be on par with the Marantz SA-15S1 that I have or even. Better maybe beat it.
Sort by date Sort by votes

The DVD A1 is a universal player as far as I know and has SACD capability. It also has the AL32 processor on board and was close to £4.5K when first released. I would say it credentials are pretty impressive. I can't say how good it's CD playback will be but I have the DCD 2500 NE standalone SACD player with a lot of the trickle down technology including the same chassis and AL32 and I absolutely love it. CD playback is certainly reference level. 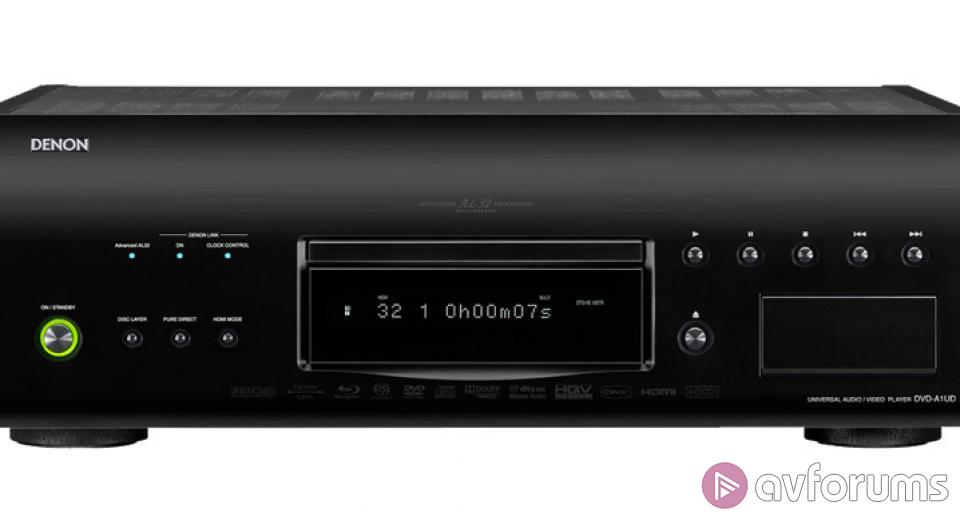 Denon's DVD-A1UD might just be the single machine to replace your separate BD, DVD, and audio disc players - provided you're rich. 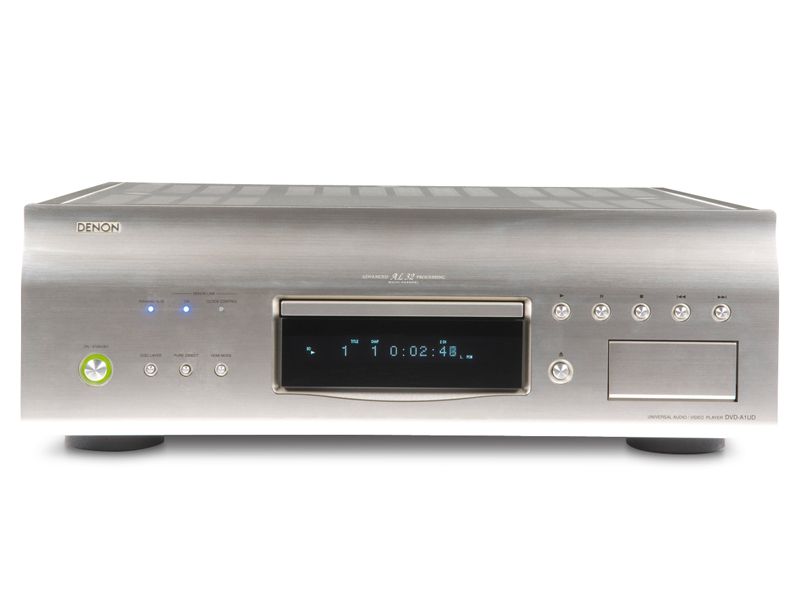 www.techradar.com
'My opinions expressed here do not represent those of the AVForums or its associated websites'.
Upvote 0

. Wire's confused I think. Oddly enough the A1 would have originally cost around £2K+ Mark I believe at that time. Their was A1 then A11 then 2900 and so on so between 2003 onwards.

For its time this is seriously super spect unit!!!

For 2021 this is still very much worth considering I think for Audiophile rebook CD Playback.

An oversampling frequency of 24bit at 768khz!! Wooow.

I don't think Denon changed much about the actual build of their reference level players over the years beyond tinkering around the edges with build quality and internal layouts. Obviously DACs have come a fair way in the mean time. The A1 does have Alpha Processing in the form of AL24 and I had that on my AVR X6200. If you're just getting it for CD playback then the AL24 is going to be dominating processor and it is very good.

With old kit which has moving parts then condition (and price) is everything. Can it compete with the modern Denon players then that's harder to quantify. Like you I have a DBT 3313 but as a transport you're depending on how good the DAC is in the processing amp. As that was Denon's last UD player then apart from the beauty that the A1UH is then it's hard to compare player against player.

I have three disc spinners in my systems. I have a Pioneer LX500, Marantz sa8005 SACD player and the Denon DCD 2500 NE. All have been linked at one time or another to my Rega stereo amp and I have to say the Denon is the best with the LX500 bringing up the rear, perhaps hampered by not being a dedicated SACD player although for multi channel it is superb. I don't play redbooks through it now as it just linked by HDMI to my Denon X6500 and I really don't like the Denon for stereo presentation.

As the A1 has full analogue outputs it should sound pretty good with CDs and I would connect up by that. HDMI isn't that great for stereo and if you a digital connection I'd go with coax or optical.
'My opinions expressed here do not represent those of the AVForums or its associated websites'.
Upvote 0

Hi @gibbsy Cherrs buddy for a very informal reply. Yes I don't realy like HDMI as a Digital connection for Stereo. Cold harsh and lifeless feel just well to Stright. Using my Atlas Titan All CU cables which were pretty expensive cables but bloody well worth every penny using my current Marantz it's absolutely breathtaking audio quality and sound stage is absolutely bang on rock solid in the middle you simply don't get that with HDMI.

So instead of having to possibly spend alot of money fixing my beloved Marantz for now.. I'm thinking how about the Original A1. Yes it was a previous flagship and built like a tank. It would be used for Stereo playback using pure direct mode and my Atlas Cables. Shame it does not handle SACD and I'm baffled why Denon did not fit the A1 with SACD decoder. Anyways they did fix that with their follow up A11 a year or so later.

I can use my Denon 3313UD which was also a former bluray flagship from 2013 and that's also very heavy and transport on the 3313UD is possiblely the fastest and best iv ever seen.

Depite everyone stating the 3313UD does not have analogue outs it certainly does.

Iv acutally swichted back and forth using the analogue 2-channal outs of the 3313UD into my Denon 4308 and I have to say it certainly not far off my Marantz SA-15S1 using the internal 32bit /192khz DACS the 3313UD has.

So the overall consensus you would say is the Original Denon A1 from 2003 is definitely worth grabbing one of the price and condition is okay. The Stereo quality using the internal DACS of the A1 would more or less match /rival or even better my current Marantz SA-15S1.

All feedback is always appreciated buddy I do very much value what folks have to say.

The 3313 is a good player. Unfortunately mine went belly up after a few months when the power supply failed. Repaired under warranty and has been faultless ever since although I did replace it day after with a Pioneer player. It was a bad time for me and I needed a player and couldn't wait for it to be repaired.

I sold the Pioneer and kept the 3313 but with the advent of 4K it's now no longer in the system and kept as a 'just in case'. My problem with stereo music was not so much the players but the AV amps I was using to get that one box solution.

If ever you get the opportunity to purchase a Denon DCD 1600 or 2500 NE then they really are the bee's knees. The 3313 weights in at 7.9kg and the 2500 tips the scales at 13.7kg so shows Denon's investment in their premier range.
'My opinions expressed here do not represent those of the AVForums or its associated websites'.
Upvote 0
You must log in or register to reply here.