Denon AVRX2600H - what are the correct Bi Amp connections?

I've got a Denon AVRX2600H coming today and I'm going to connect it to my Wharfedale 220's.

I want to bi amp but the manual is not terribly clear.

Seems an oversight to not be clear which goes where!

Why would you want to do that? The power all comes from the same transformer. Its all from the same pool?
Home Automation, CCTV and Domestic Networking design and drawing services available. PM Me.
J

The manual says I can do it here:

Says it will produce better quality sound. It's just not clear in the diagram on the speaker which wire goes into which input

It seems pretty clear to me

The 2 left channels will be exactly the same signals so in reality it doesn't matter whether the main speaker connectors are used for hi or lo on the speakers.

Oh ok. My previous amp a Pioneer vsx-934 made a big deal about particular cables being connected to particular speaker outputs. I presumed it would be the same.

Thanks for the heads up though. Seems odd the AVR makers would say it's better but the consensus of enthusiasts is that it doesn't...

The benefits associated with passive bi-amping are marginal and usually more often than not more trouble to facilitate than the benefits you'd reap.

You may find this article of interest: 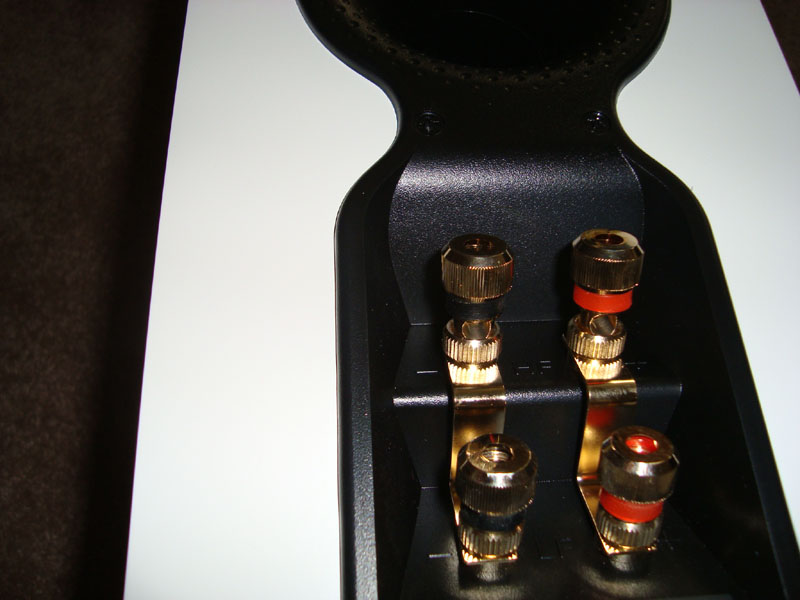 Bi-amping vs Bi-wiring: What's the Difference and is it Audible?

There are various ways to connect loudspeakers. Bi-amping vs bi-wiring, active vs passive bi-ampling; what kind of effect can it have on your audio system and is it audible? Read on.

Passive Bi-amping
Passive bi-amping utilizes the passive crossovers built into the speakers, with each amplifier channel reproducing a full range signal to drive separate high and low frequency networks. Relative to active bi-amping, the benefits of passive bi-amping are much less pronounced (you might hear the derogatory term of “fool’s bi-amping” applied). Nonetheless, splitting the high and low frequency networks does have some effect, as the amplifiers each now see a different load than one would under normal circumstances when individually driving the entire speaker. Generally speaking, the individual networks are designed such that “out of band” frequencies will have a very high impedance relative to the expected pass band of the driver(s), and consequently will demand significantly less actual power from the amplifier at those out of band frequencies.

Because of this split, there are a couple practical advantages. Potential output ability is increased as there is little power wasted reproducing those aforementioned “out of band” frequencies. As with active bi-amping, the possibility of tweeter burnout due to amplifier overload is also reduced. However, in terms of basic audible differences, there’s not much to write home about, and what improvements do exist could typically be gained by simply utilizing a single more powerful amplifier with similar or better performance metrics than the two smaller amplifiers.
Click to expand...

All AV receivers facilitate bi-amping in a passive as opposed to an active manner. The audio being output is the same full band to both drive units and both amplification modules are drawing their power from the same PSU. The speakers' own crossovers will still be in effect and the power advantages will be fare less favourable than they would be if using independant amplification for each drive unit.

It's not worth the effort, hardly if any audio improvement. If you are running a base 5.1 then all you are doing is depriving the centre and surrounds of some power.
'My opinions expressed here do not represent those of the AVForums or its associated websites'.
You must log in or register to reply here.
Share:
Facebook Twitter Reddit Pinterest Tumblr WhatsApp Email Link