1. After running the auto set-up routine, should the AVR be calibrated to output 81dB or 85dB at the MLP with a reference signal?

2. If manually calibrating the channel levels with an SPL meter, will adjusting them to output the internal test tones at the advised 75dB at the MLP (MV=0dB) achieve the same thing, or will it set the 0dB volume level to 85dB? If it's still 81dB, then presumably setting the test tones to output 79dB (MV=0dB) is required to achieve 85dB at 0dB volume.

I ask because I always thought 0dB would be equate to the conventional cinema 85dB reference level but I just found this on Denon's website which suggests it will be 81dB. Thinking 81dB might simply be a typo error on Denon's part I Googled the subject and found this old thread created by @DodgeTheViper way back in 2009 where he found his AVR did calibrate the channels to around 81dB.

A 4dB difference may not seem much but listening at 4dB lower SPL levels should use less than half the amplifier power so it is a fundamental factor to be considered when specifying a system's power requirements.
Epson | Elite | Yamaha | Bowers & Wilkins | SVS | Panasonic | MiniDSP​

reference would be 75db if using an AV receiver that includes Audyssey room EQ.


75 db is also the SPL recommende by THX for home threatre.

What is ‘THX Reference Level’? Reference level is a calibrated volume setting used for both movie production (in dubbing stages and post production houses) and reproduction (in screening rooms and theaters). The human hearing system is non-linear, especially in the bass, so having a consistent...


85 db would equate to what you'd expect reference to be in a cinema, if calibrated correctly.


I'd suggest you'd never actually be portraying anything at reference regardless of whether you set reference as being 75db or 85db. This is very loud, too loud for most households and adjoining neighbours. Set it at 75db and then adjust the volume by ear. Most people wont exceed -15db regardless of what the actual SPL reference was when calibrated.

All movie soundtracks are technically authored using an 85db reference though, so if truly wanting to portray a soundtrack as close as the person who mixed it intended (with the same dynamic range), you'd set reference to 85db, turn the volume up to 0fb and let rip. As said, this is very LOUD.
Last edited: Apr 20, 2021

As far as I'm aware Denon and Audyssey use 75dB as their reference level. Don't think I've ever played a film at 0dB on my X6500, -10dB is plenty loud enough.


Audyssey LabsOctober 29, 2009 18:37
Movies are mixed in rooms calibrated for film reference. To achieve the same reference level in a home theater system each speaker level must be adjusted so that –30 dBFS band-limited (500 Hz – 2000 Hz) pink noise produces 75 dB sound pressure level at the listening position. A home theater system automatically calibrated by Audyssey MultEQ will play at reference level when the master volume control is set to the 0 dB position. At that level you can hear the mix at the same level the mixers heard it.
'My opinions expressed here do not represent those of the AVForums or its associated websites'.

gibbsy said:
To achieve the same reference level in a home theater system each speaker level must be adjusted so that –30 dBFS band-limited (500 Hz – 2000 Hz) pink noise produces 75 dB sound pressure level at the listening position. A home theater system automatically calibrated by Audyssey MultEQ will play at reference level when the master volume control is set to the 0 dB position. At that level you can hear the mix at the same level the mixers heard it.
Click to expand...

This statement by Audyssey makes me think that it is actually calibrating to cinema (i.e. 85dB) reference levels. As you'll see from the second link in @dante01 's post, -30dBFS is 10dB below cinema reference level i.e. 75dB with 95dB peaks.

I think the confusion here stems from 75dB being used for calibration purposes as 85dB test tones sound horribly loud in a domestic environment. In effect, I think we are calibrating the -10dB volume setting.

Also if it was calibrating to 75dB being 0dB volume then a -10db volume setting would only be 65dB which is only slightly above normal conversation levels. -10dB volume sounds way higher than that to me.

I think I'll try and locate an external reference pink noise source on REW and see what comes out of a calibrated system.

If we are all listening at 10dB lower than we think that would only require 10% of the amplifier power so it's certainly worth bottoming out.
Epson | Elite | Yamaha | Bowers & Wilkins | SVS | Panasonic | MiniDSP​

The strange thing about Denon apparently making mention of 81db being what they suggest the reference is on their receivers is that I've often mentioned that I get measurements between 80 and 85db for reference with post calibrated Yamaha receivers.

I'd not trouble yourself too much as to what the exact SPL is that has been used and concentrate on ensuring that each speaker is level matched with the same SPL as measured from your MLP. As already suggested, it is very unlikely that you'd play audio at reference anyway. If you were manually calibrating an home theatre setup from scratch, it would however be generally suggested you set reference )0db master volume) relative to 75db: 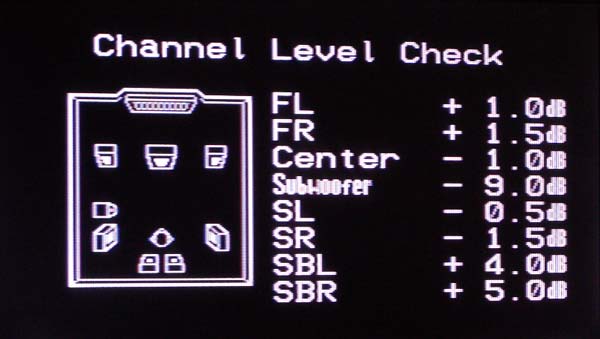 How to Calibrate Surround Sound Levels

We show you how to calibrate surround sound levels and speaker levels with your AV receiver and an SPL meter to get theater-like sound.

Why Calibrate to a 75dB Reference?​

Only one question usually pops up during this process: what’s so magical about 75dB? On most A/V receivers that utilize a relative volume scale, including all THX certified models, calibrating your speakers to 75dB will make the 0dB master volume setting correspond with “reference level”, which is the specific level at which movies are mixed in the studio. Reference level itself also ties in with actual dB levels. At reference, each of the main channels (left, center, right, surrounds) may be asked to deliver peaks up to 105dB at the main listening position, while the LFE channel can deliver peaks up to 115dB. Make no mistake, reference level can get VERY loud, and we don’t recommend exceeding it for the sake of your hearing.

Still wondering why 75dB got chosen to be the magic number? It’s not a bad question, particularly in light of the fact that commercial cinemas calibrate their speakers to 85dB, as opposed to the 75dB home standard. The difference came about due to simple practicality. While a professional calibrating your local Cineplex might not be bothered by pink noise playing at 85dB, many consumers would be (85dB being roughly as loud as a lawnmower at 1 meter). 75dB on the other hand was better tolerated in a home environment, while still being loud enough to totally overcome the rooms noise floor.
Click to expand... 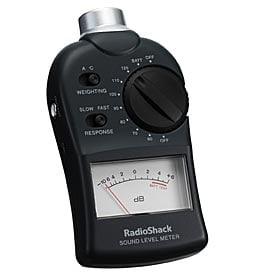 How To Calibrate and Level Match Your Speakers

We walk you through the process of manually calibrating and level matching your speakers so you can double-check the results of auto-calibration. You'll just need an SPL meter to get the job done.

@Mr Wolf this part of the comment you shared is interesting:

Audyssey is reported as having +/-9dB available as maximum EQ correction. In actual practice, it can I believe correct up to +/-18dB if it does not need any other correction - e.g. it can correct an 18dB peak if there are no negative dips to correct but only do this one way if you see what I mean. How this actually works and whether it does, I can't comment. The only point I'm making is that this conveniently equates the the +18dB on the reference MV setting. Which makes sense. If it had corrected a 18dB peak then it would have enough available gain to still make a sound at the frequency at reference level with MV at 0dB.

Slightly off topic, as doesn't answer your question, but relevant.
D

And, on top of that, was sharing my centre speaker Aud results to someone just now and spotted that the Ratbuddyssey graph next to the app screenshot shows that 0dB equates to 81dB: DavidT said:
I have just tested my Denon AVR-X2100W with an SPL app on my phone and at the MLP I am getting between 73dB and 75dB from each channel. My AVR was setup with Audessey XT.
Click to expand...

Then what you are measuring would indicate that the receiver has levelled its sopeakers correctly relative to the 75db Audyssey use as a reference for home theatre .
You must log in or register to reply here.