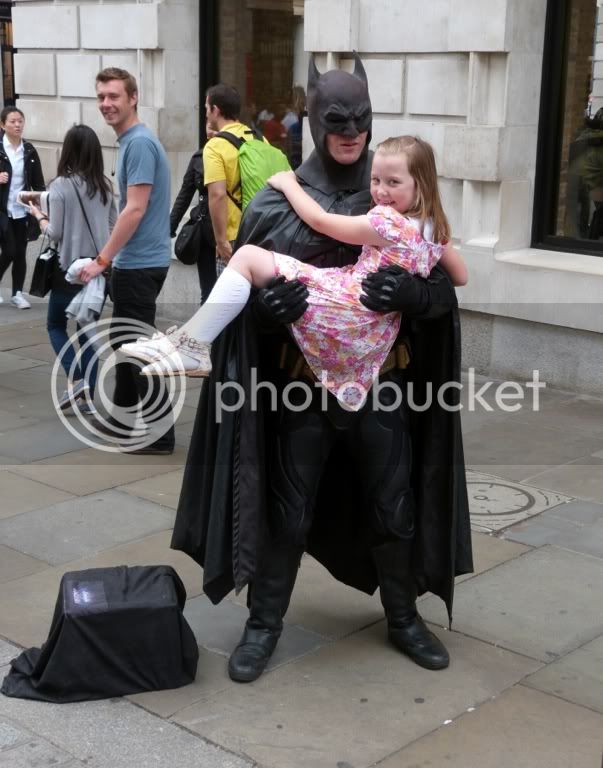 I'll kick off this month with a funny one.

In our family we have 'birthday months'. Whoever's birthday it is gets treats during the month. So yesterday it was my treat to go to London for the day. We started at North Greenwich Arena (or Millenium Dome, the O2) and took the Emirates Air Line (cable car) across the Thames; then to Covent Garden where Amelia was picked up by Batman; matinee performance of 'We Will Rock You'; wander round the Olypmics barriers to through foot traffic (officious Britain); ending on the London Eye (previously British Airways, now EDF).

I'll post more in it's not valid, as there were loads of people shots to choose from.

Nice one - good shot to kick of this months entries

Makes me wish that window on the back right would be more visible. Cute shot Batman rocks!
-Marika- My Flickr
"It's nice to be important. But it's even more important to be nice!""

Batman....I thought he was last seen flying over the sea outside Gotham carrying a nuclear bomb? Nice one!