*This post does not reflect the opinion of the forum, it's owners or any of the staff.

Thought I'd post a warning to all the members, especially those who have shown interest in dabbling in cryptocurrency. It's new, it's get rich quick (so some say), you've got to get in now, etc, etc.

A friend of mine contacted me last week with a potential business opportunity out the blue, he knows I've been dabbling in cryptocurrency but have been very reserved in recommending it to people, instead opting to tell them to do their own research.

We meet up and he explains this new cryptocurrency that's going to blow the others out the water, it's the next Bitcoin, in fact it's the Bitcoin killer, yadda, yadda and it's this -

DasCoin - The Currency of Trust

NetLeaders - Welcome to our community.

He made it all sound great, although the website is a bit vague, but we left with promises of I'd think about it, my scam radar was already going, and now I've done some digging.

As far as I can see this is a straight up pyramid/ponzi scheme.

If you read through the website, it's a Multi Level Marketing opportunity (MLM) or Network marketing is another description. Now there are many MLM business models that seem to work at a basic level such as Kleeneze, Amway (there's lots of different Amways, some more legit than others) where you sell products and recruit new distributors to sell as well, you then get a percentage of their sales as well as your own, and this moves up and up the chain.

What are these Dascoins though, read on....

If you turn a (dodgy) MLM on it's head, it's a pyramid. The guys or gals at the top make all the money, the suckers at the bottom get screwed as the number of people that you can sell a licence to diminishes. Once it dries up completely, the whole thing collapses and people are left broke trying to patch together friendships and families that got involved.

It's all promises of things it will be with no facts or evidence, just claims.

ApplePay, Visa and Mastercard are signed on, however they can provide no evidence of this.

“To be accepted by over 60 million worldwide merchants” - Very bold claim but no evidence again.

So it's a currency, yet you can't exchange it for money, goods or services?
Therefore it's currently useless. Just the promise that soon, you'll probably, be possibly able, to maybe do something with it.
You have to lock your coins into their scheme for a set period of time. This of course enables them to run the scam longer as you can't cash out.
How much are they worth?
Who knows, the company sets the price (WT actual F!!!)

The company and the people in charge.

The company itself is setup in a strange way having it's offices in Singapore via a holding company in Dubai, yet it operates out of the US.

Onecoin is a scam from 2015 that unsurprisingly looked virtually identical to Dascoin.

Their Global Spokesperson, a Mr Paul McCarthy, was previously the Irish head of a MLM business called Banners Broken - Another scheme too good to be true?

This has been exposed as a pyramid scheme, shut down, the 2 senior executives were arrested, charged and prosecuted in Canada where they had taken over $93 Million off “Investors”


Other question I have.

-I'm already guessing the value will be really high at some point, the execs get a massive payout and the currency then crashes, sorry


I have more but don't want to go on forever.

My friend is now not talking to me as I'm apparently “jealous of his impending success”. It seems he's taken thousands off some of our friends and some of his family. I've been trying to call a few and see what's going on.

It's all a complete mess.

Avoid like the plague. If you don't understand something don't get involved and do your homework before you invest in anything, never invest more than you're prepared to lose and if it looks too good to be true it usually is.

Dascoin is a straight up pyramid/Ponzi scheme IMO.

I think the whole crypto currency thing sounds dodgy. Any bubble has to come crashing down sooner or later.

I wouldn't disagree with that to some extent. Bitcoin has proved it's got legs as well as a few others but I'd expect a lot of these alt-coins to go the way of the dodo.
However they're not a scam as such like Dascoin. They're real currency you can trade or buy, spending them is difficult but they are a real, at least short-term, commodity.

Dascoin isn't a currency, it's a straight up pyramid scheme.

I know someone that was duped into a pyramid selling scheme. She fell for it so easily, bought loads of stock, tried pushing it onto her friends and family. She went bankrupt. She is not stupid, but some people just have the mind set to accept what one person tells them as the truth and block out everyone else.
So it's no surprise to hear about alt-currency duping people in a very similar way. Look at the news and every other day there is mention of how big bitcoin is, so obviously scammers are going to pick up on it and unfortunately the gullible will get caught up in it.
Dutch bears have terrible skin due to their clogged paws

It doesn’t look like this is MLM in the true legal meaning of the term I am a member of Utility Warehouse which is totally legit with a reasonable chance at a modest income.

What you are describing is a pyramid/ponzi scheme as you suggest which is totally different to MLM. I was a member of Kleenex too years ago and that saved me from bankruptcy at the time, hard work though.

Anything that relies entirely on how many people you recruit is bound to fail.

By inferring it was a MLM I was taking that from the company website.

There are many legitimate MLM schemes out there which I pointed out such as Kleenze.

For clarification on my point I should have perhaps said that it's a pyramid disguised as a MLM business. They do operate on a basically similar principle, in that people who sell the companies products are also used to recruit new people into the business and make a percentage off their sales or a joining fee commision.
The difference is one is a way to make an extra income and the other is a way to screw you out of cash while also make you unwittingly complicit in assisting to defraud others.
Last edited: Dec 21, 2017

I haven't been following this, but, unsurprisingly, it's all collapsed and exposed as a scam. This happened a while ago. 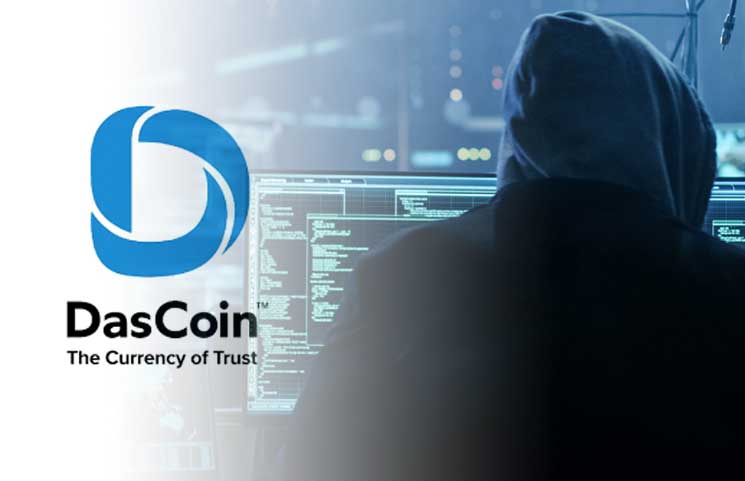 The DasCoin Ponzi Scheme Has Finally Collapsed, And The GreenPower Fork Scam Has Been Revealed With the collapse of the DasCoin Ponzi Scheme, it has prompted the company to go ahead and shut down their official website. When you go to their site, you will immediately be presented with a hard...

This is what it's "forked" into. - The cryptocurrency reward program is initiated to earn the global reward currency

To apologise?
To tell me I was right and they should have listened and done more research?
To get some general advice?

To borrow money to pay back their family.
I'm guessing only family is good enough to receive an apology as I've not got one and neither have all the friends who've been screwed over. It appears they're not good enough to try and pay back either.

It was a short conversation with them claiming "I'm obviously not a true friend"
Doubt we'll be getting together this Xmas either then....

*- I think that might be a spelling mistake.
Of course, there's no real fork, they're just phoenixing the scam.
Last edited: Sep 26, 2019
You must log in or register to reply here.

K
Early Black Friday sales are coming in my region - help to rank my priorities for picks.

Advice please all - potentially caught a scammer, do I have an obligation to warn others?
2 3