COVID-19 symptoms/do you think you are positive? I believe I had coronavirus at the end of March.
I started having abdominal pains unlike any abdominal pains I have had before. I suffer from Diverticulitis, but these pains were definitely not associated with my condition. I then started having
Diarrhoea, a severe headache, nausea, extreme tiredness and my muscles and joints were aching. The strange thing was I felt fine in myself but I called 111 as I needed to know if I could have contracted the virus. Because I answered no to ' have I got a dry cough, fever and temperature', I was told I didn't have it and was not offered a test. I suffered from all my original symptoms for nearly 3 weeks (I self isolated by choice). I recalled 111 after a week of symptoms not easing but once again was told I didn't have it and again no test offered. My toilet visits were so bad I was using a full roll a day myself (Andrex, not the cheap brands) .
After 3 weeks my abdominal pain had subsided, along with the joint and muscle pains and nausea. My toilet trips finally stopped after 4 1/2 weeks and the headache after 5 weeks. I started feeling normal again about the first week of May. I also had no loss of appetite at all.
About me :
I am normally a healthy, 5 foot, 54 year old woman who eats a balanced diet and exercise regularly.
I would like to know if anybody else has experienced these symptoms and had the test that came back positive. I live on the Isle of Man and know that one other lady tested positive with exactly the same symptoms I had. She too said She felt well in herself. She is 28years old.
I know some of my symptoms are recognised by WHO but how many other people have been untested because of not showing the official symptoms ? 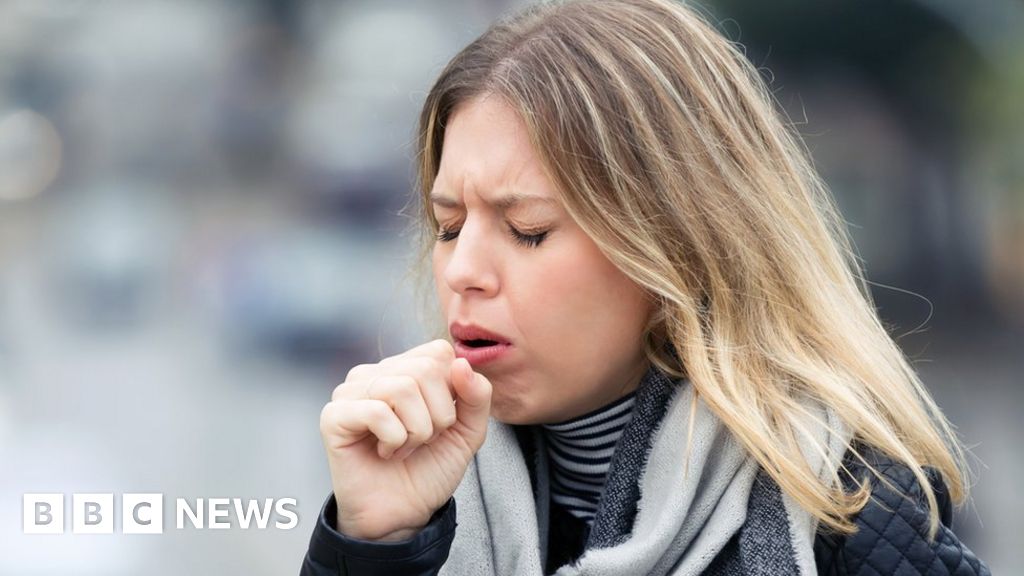 Could Covid-19 have been here earlier than we thought? The BBC’s medical correspondent investigates.

This is a weird one. I've been fine for a long time, just had a persistent 'cold' since January that generates a lot of mucus. Continued for much longer than normal.

However since probably last Friday I've been incredibly tired, find it very hard to concentrate like I normally can. And last Saturday/Sunday I was definitely a bit spaced out. I'm feeling a lot better now, although I could go for a snooze again.

But what has been persistent and a bit weird is that my eyes don't seem to be able to focus without a lot of effort. And even then it is very hard. Even my glass which are varifocal, but not always necessary to wear under normal circumstance, find it hard to find the focal zones in them.

My daughter started having very similar symptoms since last Sunday.

I didn't think it is Covid related, but someone just reminded me that Dominic Cummings was 'complaining' about similar symptoms and did his famous test drive.

I just went onto the NHS website but they don't seem to mention anything regarding sight-related issues. I don't think it is, but it could be??

We've been very good at social distancing. I've been strict about using PPE when shopping. The only significant change that has happened is that my wife had to go back to work at a primary school since last week.

I feel like I can sit/lay this one out, but interesting regarding eyesight nevertheless.

Only one way to find out... off to Barnard Castle!

It sounds very similar to me the first 1/4 of this year. I had to try really hard to get my eyes to 'work'. I had two lenghly stints off work because I couldn't shake something and I was absolutly knackered. I couldn't get to the end of an episode of Homeland without falling asleep and whenever I lay on the sofa I was fast asleep within minutes.

In general I always associate a rash of some sort with a virus of some sort. Perhaps some are more affected than others, every viral infection I’ve had always had some rash as well.

Mrs reckons I'm a medical oddity. So far I must have had COVID at least 30 times during lockdown

Ste7en said:
Mrs reckons I'm a medical oddity. So far I must have had COVID at least 30 times during lockdown
Click to expand...

I was as sick as a dog last night. Blinding headache, dripping with sweat, limbs aching, dry cough, bad guts, eyes all watery and hard to focus. I crawled to bed, I couldn't even take my medication.

Feel fine this morning. Mrs said she thought I actually had it... this time!

if you’re taking comfort in World Health Organization reports that over 80% of global Covid-19 cases are mild or asymptomatic, think again. As virologists race to understand the biomechanics of Sars-CoV-2, one thing is becoming increasingly clear: even “mild” cases can be more complicated, dangerous and harder to shake than many first thought.
Think a mild case of covid19 doesn't sound so bad? Think again
You must log in or register to reply here.
Share:
Facebook Twitter Reddit Pinterest Tumblr WhatsApp Email Link