I'm looking for a small soundbar for PC, to use mainly for gaming when not using my Bluetooth headset. Main reason is I cannot hear anything, be it the door, kids or the wife calling me with the headset on. Some would say that's a benefit!

Limitations are no subwoofer (no space, already in a room with full Atmos system which is not being used with the PC), no wider than 61cm (the width of my monitor as I'm going to engineer a bracket to mount it above or below) and ideally no more than £150. I really had narrowed it down to the Sony HT-SF200, or pay a bit more for the Bose Solo Series II. I'm aiming more towards the Sony as it's cheaper and as it's 2.1 via a small built in sub, likely better bass? Significantly cheaper than the Bose if I was to go refurbished (£109).

I'm aiming to spend as little as possible, whilst not being poor. The above options both have features I won't use though so thinking I might find something else cheaper without them? As it's for PC I don't need HDMI, Bluetooth etc. Just Aux in and ideally optical. Only looking at soundbars over tradional PC speakers as it will be cleaner and move with my monitor arm.

If anyone has any experiece of either the above options or can suggest something else I'd be grateful. Never bought a soundbar before. 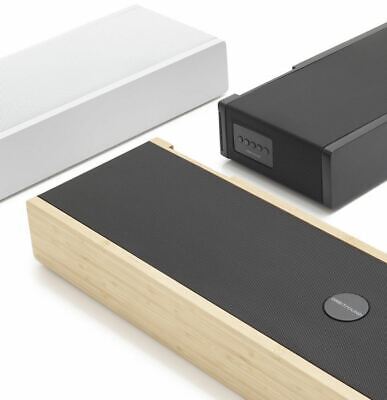 Please click here to see full description.
www.ebay.co.uk
You must log in or register to reply here.

Compact soundbar for TV with an awkward stand (on a budget)

Soundbar Advice for not ideal placement