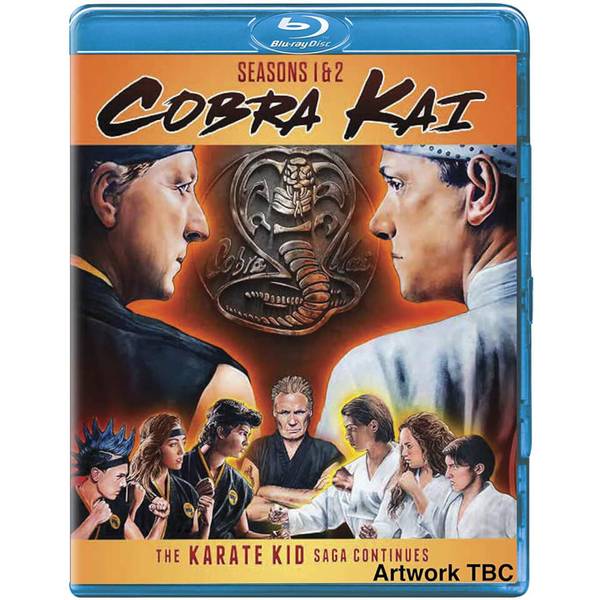 When someone purchases this, can you please confirm how many discs are in the set? Amazon.UK is showing it as a 2 disc set, but I am hoping that's incorrect, and that it's actually a 4 disc set (2 discs for each season).

I've had the Australian Blu-ray of Cobra Kai season one for over a year (which I was given for free by the Australian distributor), and the entire season is on a single BD50 disc... There is a substantial amount of banding on the AU disc, and I think if it was spread over 2 discs, then this would be reduced to a great extent.

Season 2 on Blu-ray was announced in September for an Australian release this month, but unfortunately was cancelled in October (I've been in consistent contact with the Australian distributor regarding the Blu-ray release of season two here.)

The Collector Addict has an unboxing video on his youtube channel

It has two discs and in comments he says that it's from amazon uk.

I can confirm two discs, 1 per season. Apparently the German releases has two discs per season.
[email protected] Movies - A Podcast all about Movies, TV and banter | iTunes
You must log in or register to reply here.

Win a copy of Cobra Kai Season 3 on Blu-ray