Mr Lime said:
It's Quatermass, not Quartermass. It's pronounced exactly how it's spelt.
Click to expand...

I've clearly been misreading it then haha

Mr Lime said:
??? Have you been on the cooking sherry G?

That is a pic/link of Bardem in Skyfall, not in a Gooey Production.
Click to expand...

As much as you been on the same diet as Shaun Wallace. > < sarcasm joke
My opinions expressed here are just that. That gaff is dyslexia
Ruby Quartz Shades. Well, what would you prefer! Yellow spandex? Oh and Logan Stay Away From My Girl.
What's a Magneto? You Homo Sapiens & Your Guns. When Will These People Learn How To Fly.
​

Sadist as it the trailer was not a painful enough (which the full film Im resisting watching). Not unless you watch it all and that you're a masochist.
The spirit of Ed Wood lives but now think I may have slipped into a madhouse dimension. I've just ordered I Monster. I think it's a great film. Completely underrated. Looking forward to the new footage

Not sure this is the right thread but anyone else excited for: 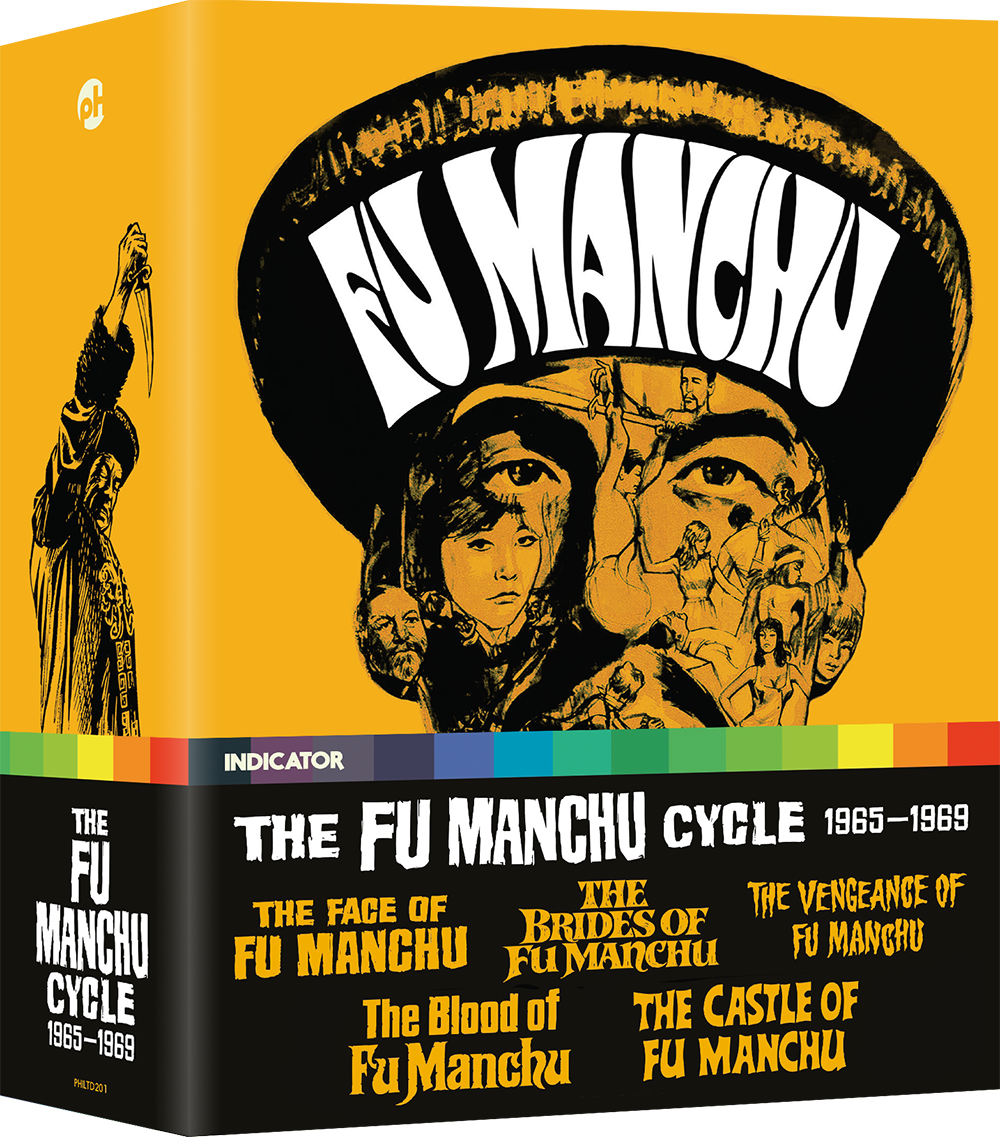 I was looking to pick up the creeping flesh 1973 on Blu Ray. Is the Mill Creek US triple release (with Brotherhood of Satan and Torture Garden) the best/only way?

Postie has arrived with four US Blu-rays including these two Hammer entries. As many on here will know, shopping for Hammer on Blu-ray requires multi-region capability and some judicious research as superior transfers of certain films can be found in different territories. The UK, USA and Germany all boast a Hammer title or two with superior image quality compared to other territories.

These two US titles are noticeably superior in terms of image quality to their UK counterparts - and I do mean noticeably!

The UK releases of both these titles came from Lionsgate and neither was ideal, particularly '...Phantom...'.

The UK BD of 'Curse of Frankenstein, whilst a decent restoration and a definite upgrade from the DVD, had a somewhat washed out colour palette and iffy contrast. This is more than rectified by this new version, in a 2 disc set from the always dependable Warner Archive Collection, with noticeably improved contrast levels and gorgeously rich colours. This is due in no small part to Warner making a new 4k scan from the original colour separation elements, and boy does it show! It leaves the UK release looking somewhat anaemic in comparison. Terrible sleeve, but terrific transfer.

Like the UK release the film is presented in three different aspect ratios, reflecting the framing choices for British and overseas markets. However, reluctant double dippers are well catered for by a completely different raft of extras on the US and UK versions, so worth holding onto your UK copy if you're a Hammer aficionado, particularly as the UK extras include a complete Hammer film, 'Four Sided Triangle'.

However the big -nay, MASSIVE- upgrade comes with 'Phantom of the Opera'. The Lionsgate BD was a true botch job with a whacko aspect ratio which lopped information from all four sides of the frame and one of the worst images I've ever seen on a BD. Dark, murky, dull colours and an image that made one think someone had decided to add extra grain to a.dd to the mess

Excuses were made at the time that the negative and all decent prints/interpositives, etc, had been destroyed in a fire at Universal studios and that the BD transfer was prepared from the best available source materials and this was as good as it would ever get, i.e. utter sh*te!

While it appears that, alas, the negative has been destroyed, Scream Factory have made a new 2K restoration from an interpositive that literally sparkles in comparison to "the best available source materials" offered up by Lionsgate. The result is nothing short of a revelation. Clarity, brightness and contrast are greatly enhanced with greatly improved black levels and rich, fully saturated, vibrant colours that literally pop, in comparison to the sorry mess of the Lionsgate transfer. And we even have a choice of two aspect ratios for the purists.

This is one I am looking forward to revisiting as I haven't watched it since my one and only viewing of the UK BD which was utterly marred by being distracted by the utterly awful picture quality.

All in all, this new US release wipes the floor with the UK release in no uncertain terms.

Double dippers are well catered for by a substantial raft of new extra features and two audio commentaries not present on the UK disc.

Not Classic UK horror but WOWHD currently have the six film Inner Sanctum BD boxset for £12 delivered. If you want it I'd be quick.

captainarchive said:
Not Classic UK horror but WOWHD currently have the six film Inner Sanctum BD boxset for £12 delivered. If you want it I'd be quick.

Great find. Will hold off the eureka release now. Have wowhd now started adding VAT on top? after the latest regulations?

ml337 said:
Great find. Will hold off the eureka release now. Have wowhd now started adding VAT on top? after the latest regulations?
Click to expand...

captainarchive said:
I think they're adding 20% on every item even if it's below the £15 limit. The Inner sanctum boxset is listed @ £10 but the total cost came to £12.
Click to expand...

ml337 said:
Great find. Will hold off the eureka release now. Have wowhd now started adding VAT on top? after the latest regulations?
Click to expand...

ml337 said:
Unfortunately they cancelled my order citing they were not able to find the stock
Click to expand...

Thank you for your recent order. Unfortunately, the items listed below are out of stock and are not available at this time. We apologize for your disappointment. Since this item(s) was cancelled from your order, your credit card was not charged for it.

We encourage you to consider another item from our product selection and to shop with us again. If you have any questions about your order, please send an e-mail to our customer service department "

Question:
Although, I have many of the Hammer films that I want, I was looking to upgrade a few of the DVDs into Blu Rays. In particular, the DVDs from the Studio Canal Ultimate set. To start I was going to pick up Devil Rides Out and Quatermass and the Pit. However, I doubt I will upgrade to all of the blu rays that are available plus I know a few Blus may just be a minimal upgrade? Any view on which are essential upgrades? Prince of Darkness maybe?

Also I missed out on The Mummy, however the UK version is now going for £100+ on ebay! May just settle for iTunes on that

Shadow of the cat,
Night creatures/captain Clegg,
Nightmare,
Phantom of the Opera.

Looks like a great release again.
Now we just need to see Indicator pick up the rest of the Universal Hammer films. 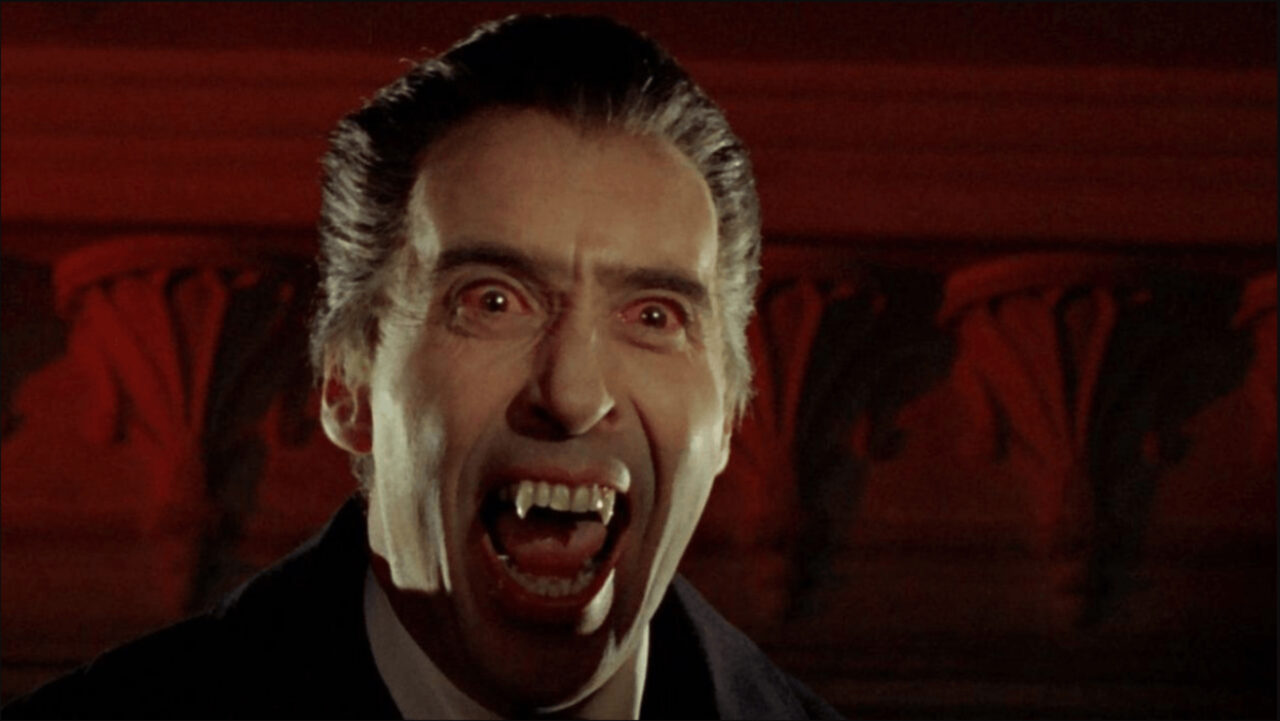 Hammer has a new partnership with Network to restore and distribute some classics.

i grew up watching Hammer from about the age of 6. deeply instilled a love of fangs and cleavage that i carry to this day, and a hatred of all things van helsing for trying to kill them. buxom vampire girlies rule.
"...Did he just throw my cat out the window...?"
"I just stuffed a guy into a meat freezer. Check that one off my bucket list."
"I enjoy a good play. What's that one w/ the pirate and the crocodile...?"
"I always thought that opera was just fat people ****ing shouting."

Note that the deal only concerns titles owned outright by Hammer, which as far as I can make out encompasses pretty much everything up to 'The Curse of Frankenstein' and everything from the 21st-century Hammer revival, but not a huge amount from 1957-79, as major studios like Columbia, Universal and (after many catalogue takeovers) StudioCanal often ended up owning the films outright as part of their distribution deal - and it's those that Indicator have been able to license.
You must log in or register to reply here.