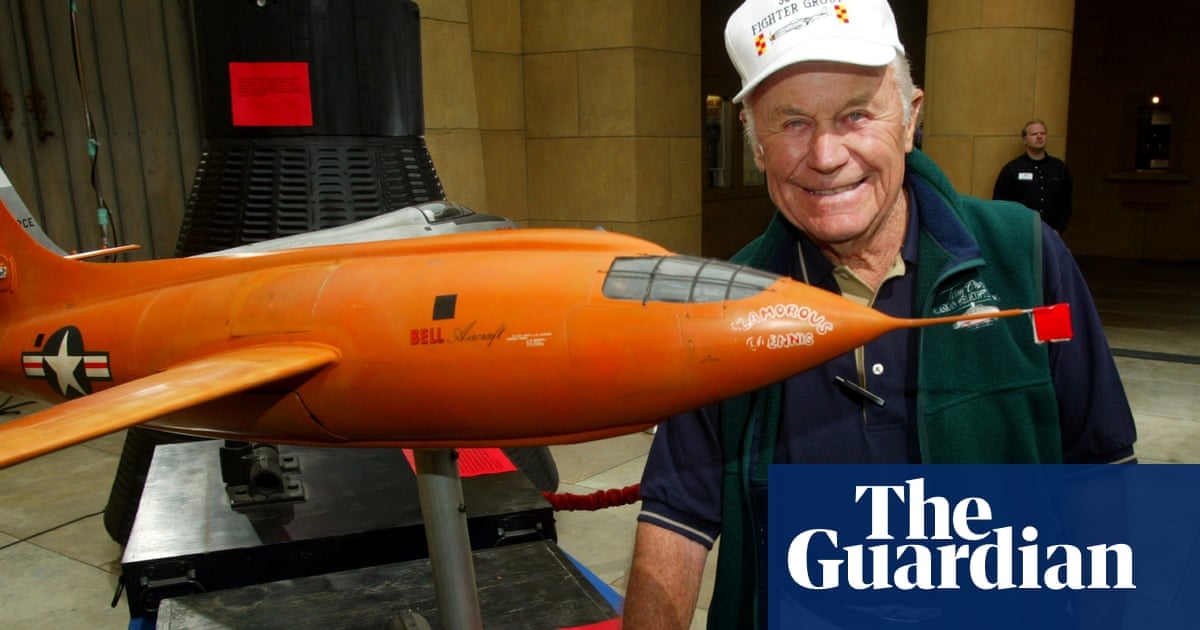 Chuck Yeager, pilot who was first to break sound barrier, dies at 97

(All opinions are mine! Unless I'm told otherwise)

He had the right stuff RIP.
Terminus Est
“by recognizing our uncanny strangeness we shall neither suffer from it nor enjoy it from the outside. The foreigner is within me, hence we are all foreigners. If I am a foreigner, there are no foreigners”
Ecosia - the search engine that plants trees The Ecosia Blog
F

His autobiography titled ‘Yeager’ is a brilliant read particularly if you are interested in flying of any form.

RIP General Chuck Yeager 97.
He had the Right Stuff a true Pilot and Aviator.
Whats more he had No Collage Education.
Being the First Record of Breaking the Sound Barrier in the X1 went on to instructing 26 NASA Pilots
on Gemini and Apollo Missions .
A Tribute to an Outstanding Man One of My Heroes.
Yeager was in the Movie the Right Stuff in the Bar of Panchoes Happy Bottom Riding Club,
look for the older man in a Brown Hat behind the Recruiters for N.A.S.A in the Bar.
The Right Stuff used Yeager as a Technical advisor on Set and the Movie became his
Coming Home Parade for his Life Long achievement .
One of my Best of the Best Movies I watch Over and Over { The Right Stuff }.
Last edited: Jan 12, 2021
Samsung 55" UA55KS8000W SUHD TV, Samsung UBD-K 8500 4k player,
Yamaha RXV 671 7.1 Receiver , Sony 60" KDL60W850B Full HD TV ,
Sony BDP-S5100 Blu Ray Player. Asus Z170 Motherboard ,Sky lake i7 6700 CPU,
GTX 1080 with 8 Gigs Memory , 32 Gig DDR4 Ripjaws memory.
You must log in or register to reply here.

Yesterday at 8:22 AM
Garrett