Snoopy65 said:
4k120fps is only confirmed to the 8K LCD Models ZH8 and the LCD Models XH90
there is no 4k120fps Support on the other new LCD Models including the XH95
Click to expand...

If XH90 has it after future update why wouldn't XH95 have it? Occam's Razor: the guy who wrote the details didn't think that's a feature important enough to be consistently mentioned. And with XH90's case it was mentioned because it is ONLY supported after a future upgrade, warranting a special mention.
Last edited: Jan 9, 2020

Do we know if the addition of “X-motion clarity” to OLEDs means black frame insertion at the same frame rate as the material?

Tim2049 said:
So, since 2017, Sony has made the A1, then the AF8, the AF9, the AG8, AG9 and now the AH9. I'd love to see an AH9 against an A1. I have no doubt it'll look a bit better (based on the litmus test: 'can your girlfried/partner tell?'..) but...not even close to the extent one would perhaps assume given the amount of 'improved' panels they've released over these last few years...

I love my Sony, but I do find the brand to be particularly greedy...& particularly lazy (exception being their Marketing department...those guys sure are busy)
Click to expand...

I found my AF9 to be a nice improvement on my A1 for several reasons, including PQ (mainly down to the HDR10 dynamic tonemapping). But I wouldn’t have paid to upgrade; it was a faulty replacement.

My AF9 has the same chipset as the AG9, and will be essentially equivalent following a soon to be released update. Pleased as punch to see my TV shares the same X1 ultimate processor with yet another year of Sony TVs, since it raises the prospect of continued feature parity via updates. I think the AF9 year was a great year to buy and feel lucky to have one. But I’d be very hesitant - on the basis of a now two year old chipset - to jump into Sony OLED in 2020.
W

Harpua626 said:
So I should probably wait and see what the 2020 line brings?
Click to expand...

I don’t want an oled. Have kids who keep nick jr on quite a. It and I don’t want to have that logo burn into the screen. Gotta stick with led or possibly a qled
S

Cuthalu said:
If XH90 has it after future update why wouldn't XH95 have it?
Click to expand...

Maybe, there is ohter Hardware inside, but only Sony knows that.
The decision is probably related to future models and a successor to the X1 Ultimate Prozessor, which will also appear later this year according to an info from CES.
The XH90 series seems to be the successor to the XF90 series, which has been in program for almost 2 years.
For this reason there is probably the biggest innovation with the 4k / 120p support on the XH90 Modell, the new XH95 series only gets small innovations, like better Sound, maybe a higher Number of Dimming Zones, we don't know yet.
Possibly new models of the MasterSeries with the new X1 Prozessor will follow in autumn, an A9H had previously been leaked, but was not presented at CES, and in the next Step, the new Models in 2021 get all a X1 Prozessor Update including 4K/120p compatibilty, so thats a bigger Step up to the XH90 Modell from this Year

I'm very interested in A8, nice upgrade over AG8 with X1 Ultimate, faster mediatek chip, much nicer design, better sound... but how is going to be the pricing, same price as AG8 or more expensive?

So to clear things up: will the 55" XH95 have the X-Wide Angle? Or is that only going to be on larger screen sizes?

Blu21 said:
So to clear things up: will the 55" XH95 have the X-Wide Angle? Or is that only going to be on larger screen sizes?
Click to expand...

According to Sony Germany and the official video presentation of the XH95 Worldwide, the X-Wide Angle technology is already integrated at 55 inch and above.
According to Sony Netherlands, USA and UK, the X-Wide Angle technology is only integrated from models larger than 55 inch (65" an larger)
Maybe a mistake in the German translation from Sony, or the equipment differs in some countries, but I think the info in the FirstLook is correct
Last edited: Jan 11, 2020
S

skyform said:
I'm very interested in A8, nice upgrade over AG8 with X1 Ultimate, faster mediatek chip, much nicer design, better sound... but how is going to be the pricing, same price as AG8 or more expensive?
Click to expand...

I'm interested as well. Very pleased with my 55" AF8, but now I'm looking for bigger screen size. 65" A8 would propably be worthy upgrade, but that depends how much that thing costs. I don't need HDMI 2.1, but faster and more futureproof chipsets + small picture and sound quality improvements would be enough for me. I suspect it will be priced somewhere between AG9 and AG8. Maybe I will wait for next Black Friday...

Most important information about new TVs to me, besides what's typically listed (info about video rendering and screen quality), is the following:
1. TV processor for apps (CPU maker and model), amount of RAM and Storage (flash). I buy huge TV to serve for much longer term than PC and expect premium CPUs for apps on Premium models, so the huge TV will deliver joy of many next Android versions and ability to run future apps that will for sure demand faster CPU, more RAM and storage.
We shall start buying TVs same as we buy laptops. Not only screen/video quality define if laptop is good for its price, but also CPU, RAM, storage are key components for longevity. Even more for TV, because they do not provide SO-DIMM or M.2 slots typical on laptops, so we cannot upgrade memory or storage later, extending the life of the device. Due to hiding of this information from TV reviews (=from customers), the disasters happen later - for example, Sony customers who just bought new AF8 or XF90 series TVs in 2019 then got info from Sony - just after 6 months - that Sony engineers failed to deliver Android 9 because CPU is so cheap and slow on 75" sized TV purchased for $4000!
Note for AV forums TV experts/reviewers: I suggest to start listing CPU, RAM, flash with each new TV model information to bring knowledge to the masses that will create an impact to manufacturer behavior, so they do not cut corners here and disasters like it happened for AF8 and XF90 users, were Android (or other OSes) upgrades are out of CPU/RAM for Premium TVs that are still sold in the shops, would not happen in the future!
2. Screen glare - how well that is handled. I was at big surprise to find that XF90 had much better screen glare handling than XG95, where eyes constantly focus from picture to things in the room on darker scenes, if the room is not completely dark. I was no longer able to watch 85" XG95 after kids turned on Christmas tree lights because I sharply see my tree on XG95 screen instead of movie, while 75" XF90 glare was much more blurred and prevented eyes for refocusing from TV content to room mirror. Infinite contrast or wide viewing angles are of no practical use in normal living rooms and only make things worse if the screen is close to total mirror with sharp reflections. Unfortunately, I never seen any glare reduction quality measurements in numbers that would allow to compare glare elimination quality on different models.
3. I would be happy to get an info about model options without DVB tuners, without CAM slots. Currently the content is either sourced from apps (Netflix, YouTube, Amazon, local content providers), or from STB via HDMI. DVB-T networks were shut down in my area and same is happening in others around. DVB-C networks are replaced by IPTV STBs or Apps. So instead of paying for DVB-T/C/S licenses and tuners, I would like to get faster CPU, more RAM and flash - or a bit better/bigger screen - due to savings on outdated tech parts that will never be used.
Last edited: Jan 11, 2020

Very disappointing. I hope at the very least that the XH950 at 55" has a better contrast ratio than the currently available XG95 to compensate for the X-Wide Angle.
S

A new model A9H in 55 inch and 65 inch was leaked along with the new models (XH90, 95, ZH8, A8H...) a couple of weeks earlier, but not shown at the CES, so this may come later in the Year with new Hardware as part of the Sony Master Series for 2020.
Many models were presented later in the year, such as the ZD9 and the ZG9.
Currently only a new 48 "A9S OLED model was presented at CES, but this extends the A9 series from 2019
A

I'm looking to upgrade my 55 inch A1, mainly because I want a 65 inch screen and secondly to have 4 full fat HDMI ports. HDMI 2.1 would be nice as I would be looking to purchase the PS5 and new Xbox later this year. I'm hoping a new A9H is announced later this year with HDMI 2.1.

For anyone who has upgraded from the A1 to the A9G, I would be interested how much improvement there is on picture brightness for HDR content.

Blu21 said:
Very disappointing. I hope at the very least that the XH950 at 55" has a better contrast ratio than the currently available XG95 to compensate for the X-Wide Angle.
Click to expand...

XH950 will have X-Wide Angle, so it will have worse contrast then XG950. Btw there is nothing wrong with XG950 contrast. I have 55XG9505 and 55GZ950 and contrast and blacks are not even bad compared to OLED.
D New XH9505 and A8 will be amazing looking TV's especially the dark grey A8 which matches the colour of the remote. This remote is awesome I have it with XG9505 and now it will even be backlit. Sony improved their design of TV's and remote alot since last year.

Would be even better if they would make just as big improvements in PQ but that's probably not even possible but there is still room for improvements as I have seen with a direct comparison with Panasonic GZ950 which has amazing motion.

Wish A8 would have such a good motion, HDR and DV as GZ950 then it would be almost my dream TV. 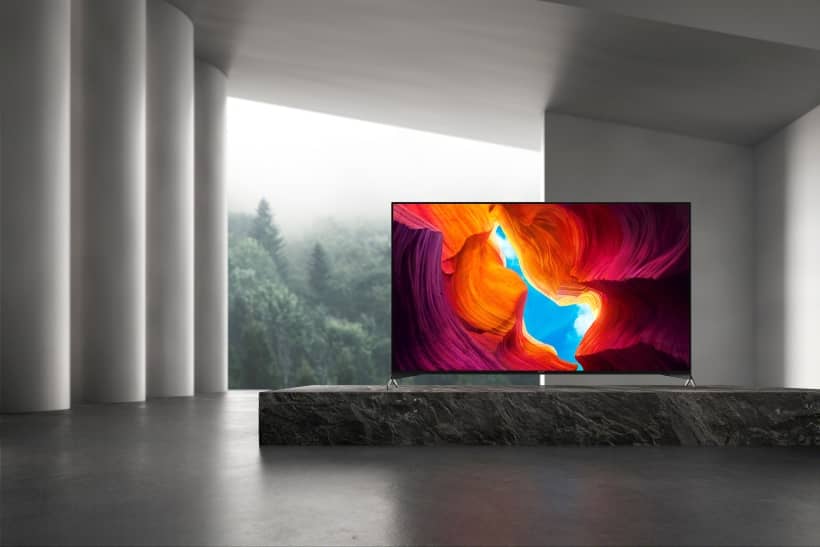 Sony's total commitment to OLED TVs and 8K: these will be its models for 2020 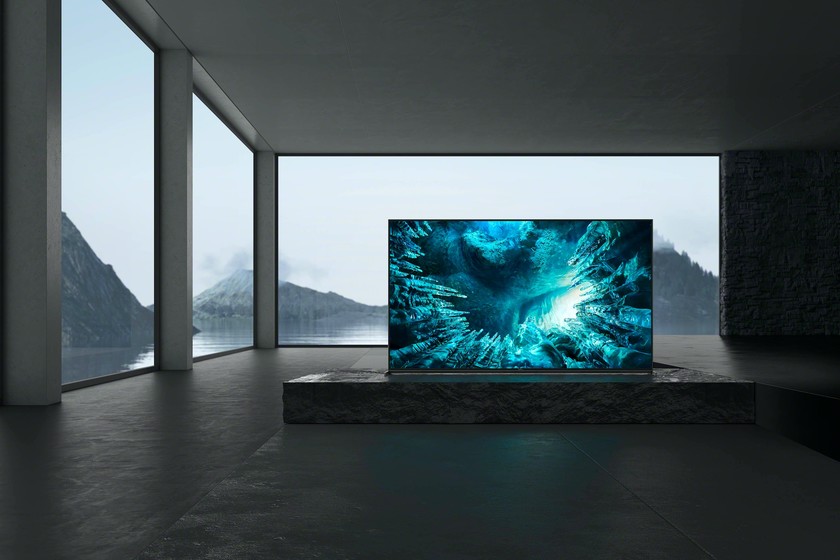