Can your setup affect. "something lag?

When MW3 came out I had a terrible time with lag. I couldn't win a 1v1, often not even getting shots off before dying.

My son plays on his Xbox in his bedroom and has no problems at all. His k/d is 1.95 and he wins the majority of his 1v1's. To prove to me that I am just crap he went on my Xbox and gave up after 2 games, going negative in both and losing all confrontations.

"Something isn't right there" were his words.

Things have got better for me since the patches but still find I am behind the action at times with no hope winning any 1v1's. Today he had another go on my Xbox to try out my new Triton headphones and again went negative in every game. He gave MW2 a go and won every FFA game with ease.

I play on a Xbox Elite with the game played off the disc. I uninstalled it to see if it helped. He plays on a 4GB Xbox Slim. We both played using wireless (I have since gone to home plugs to see if that helped--it didn't) and both used TB X41's until I upgraded to Tritons this week.

Very interesting, how are both machines set up on the network, are the ports all forwarded to each machine (is it possible to forward all the ports to 2 IPs, I don't think it is).

Do both machines have NAT: Open?
http://www.youtube.com/user/Th3OmegaPoint

Lots of routers only seem able to give one Xbox open NAT and port mapping/DMZ at a time.

Myself and my two flatmates can get open NATs at the same time on the standard Netgear router supplied by Virgin if that's any help. Think it's about £25 to buy seperately.
XBL GT: Froggystomper

Neil_H said:
Very interesting, how are both machines set up on the network, are the ports all forwarded to each machine (is it possible to forward all the ports to 2 IPs, I don't think it is).

Do both machines have NAT: Open?
Click to expand...

Both NAT's open. No port forwarding at all. Neither in DMZ. Tried both to my Xbox and made no difference.

Check both Xbox are NAT OPEN - if they are your son may have a better signal from the router.
Signal can really fluctuate from one spot in a house to another.

If you have a smart phone there's a good App for measuring signal strength as you walk around the house. It was on Gadget show but cannot for the life of me remember its name. I'll update the post later as wife has it on her phone.

If you're really fussy about your signal and hate any slight lag, especially when playing COD then I would recomend getting yourself a direct ethernet and bang that into the router whenever yur online. Thats what I do, still get slight lag but nowhere near as bad as when I rely on wireless.

Plus even though lag is bad try & stay in the same lobby for a while. I find that even though its painful doing crap 1st few games the lag seems to ease off after 3-4 games.
When you jump from lobby to lobby in frustration is when I seem to get lag every game.

Since using homeplugs I don't suffer lag compensation as much as I did when I was using wired ethernet straight from my modem.

I'm very rarely host now in Black Ops, but when someone does leave and host migration takes place, it normally selects me as host and then the game drops framerates and becomes unplayable.

I'm now finally getting positive k/d whereas before I'd be happy with a 0.5-0.8 k/d as that was my average. 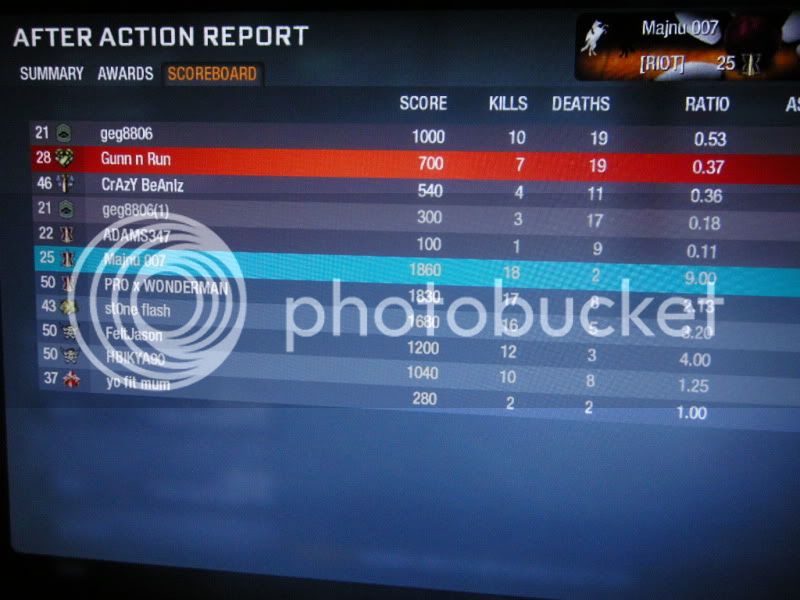 I've been ranging from 2 k/d upwards so far.

Interesting have you done any tests yet to see what's different.

If you have a netbook you could just run a line quality/speed test with and without.

I tried wireless as I was downstairs on the plasma to see if input lag made the slightest difference, but if anything the connection BS seemed even worse. All disadvantage no advantage this game just hates my connection.

I find speeednet results to be inaccurate but here are the results anyway. I have found the Server for Black Ops which is in Dublin but pinging it fails everytime. 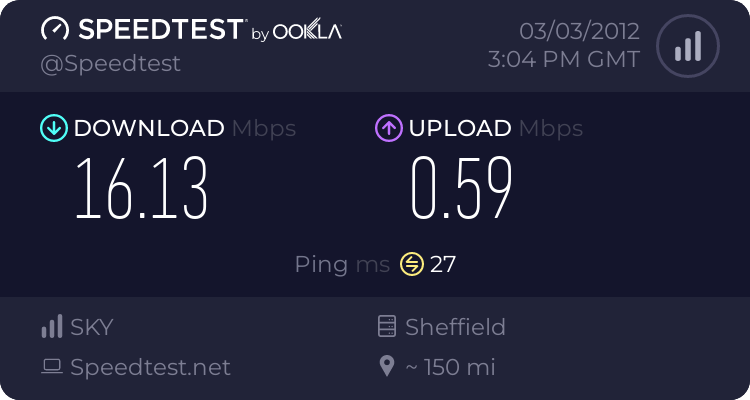 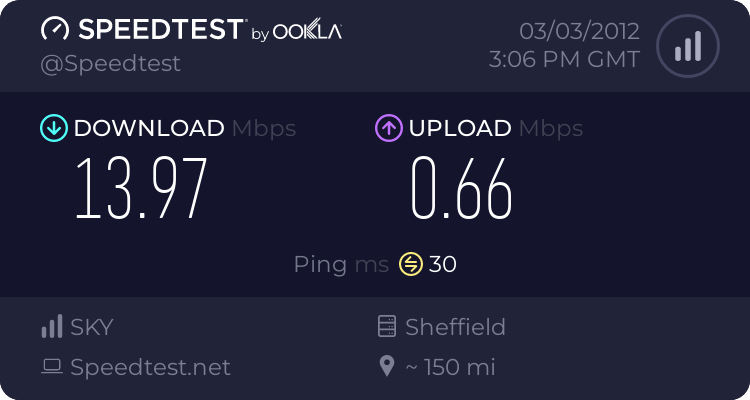 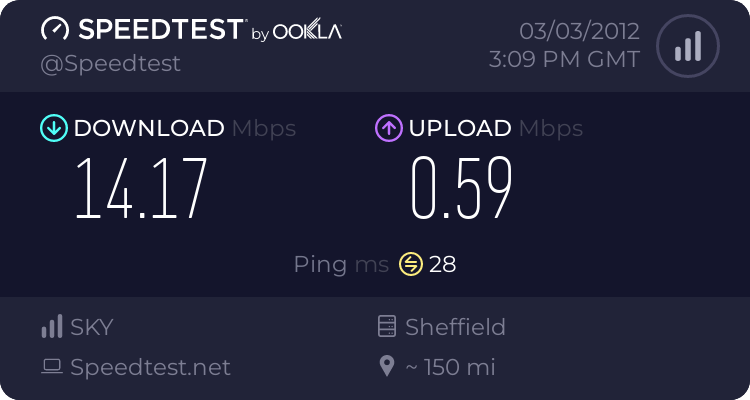 It definitely seems to hamper your connection a bit then I have a feeling it increases jitter too.

I hosted about 6 games on mon nite, the first 3 were awful for me lag wise. I turned my laptop on and started playing videos on youtube and all of a sudden my lag was gone. Confused.
Exeter City F.C Best in the South West!!

On my own line that adds jitter which seems to give you the benefit of latency via the netcode without increasing your ping by much.

It's not something I do, but that's how it seemed to work when I tested it.
Last edited: Mar 4, 2012
You must log in or register to reply here.