Question Can I lay a rear projection TV on its back?

I am looking to make a gaming table, and would like a video screen built into it (facing up). There are a dozen or more examples to be found online, the image below is close to what I intend.

I have found a dozen (more actually) free rear projection TVs on craigslist locally, and am considering giving it a go with one of those in the base, facing up. It would destroy the storage space I had planned on, but it would be a few hundred dollars saved and a larger screen surface.

I would mount it with padding so there would be little worry of too much weight resting on a flimsy back surface - it would be as well supported as I could make it. And I would have a sheet of acrylic or plexi over the screen, so that surface would not get scratched up.

I just don't know if extended/regular operation while on its back would be an issue. I have found various posts online about MOVING them on their back, and noted that it is frowned upon but doable. And in a couple of those posts, I have seen two different individuals comment that they tested such TVs turned on, on their back to make sure there was no image distortion or anything which looked like it would result in damage - but that was for a brief time; a few minutes.

So, if I were to incorporate an RP tv into a gaming table like below, would it be okay to run for extended periods (a few hours at a time, once or twice a week)? 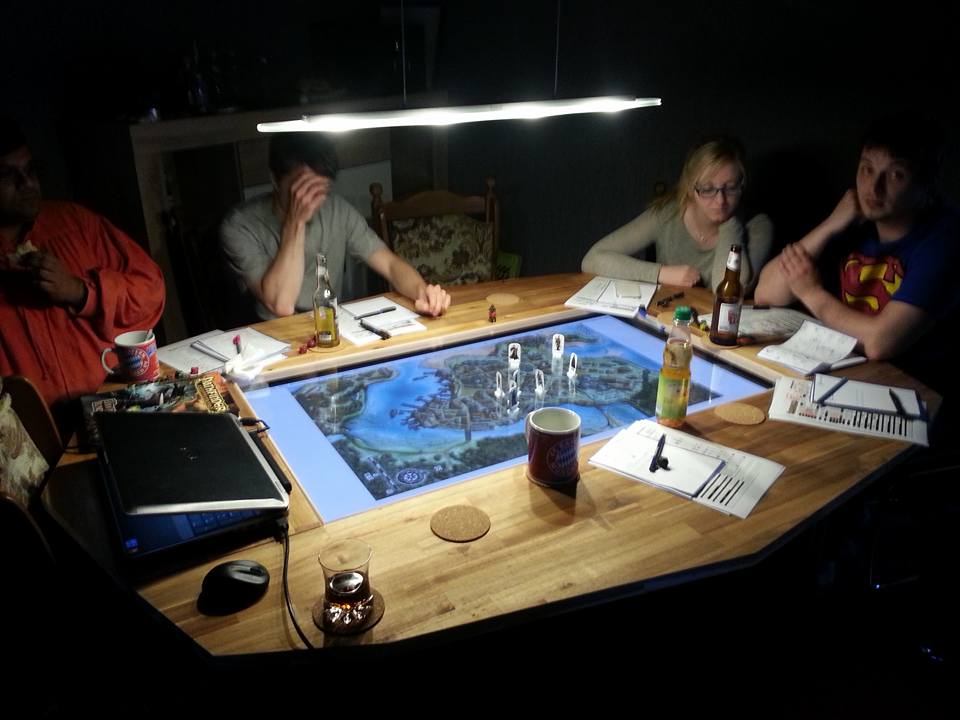 You'd probably be better off looking for an older LCD TV, which would be pretty cheap considering many people are upgrading to 4K TVs. Possible look for one that is not in great cosmetic condition, scratches on the bezel etc or someone who had it wall mounted and has lost the pedastal
H

That is what I have been looking for. However of the two I have seen online, both were taken before I heard back from the seller. And I see a plethora of these old RP TVs, one or two more working free ones added every day, so it just made me wonder if it was feasible.
A

I guess if it's free there is no harm in trying, although I doubt it would take too kindly to be being laid on its back all the time
You must log in or register to reply here.

Sorry guys, it's another ''Help! I need a new TV and all this jargon is confusing me'' thread