I am looking at a few houses/bungalows where two rooms have been joined together, this one in particular: As you can see there is quite a bit of wall and I would like the option of having a continuous space so...
Might it be possible to get this changed so there is very little (ideally none) of the wall in the middle of the room even if a visible beam is required?
Thanks.
Last edited: Dec 5, 2015
65DX902B, Sky+ HD, DMP-UB700, XBMC, Onkyo TX-NR686, Celestion F30/48c/S80
"Rock never dies - it wanders off to the pub."
J

Hi you need To check whether the middle wall is load bearing ie supporting a wall or floor joists above. It is possible what you want but knowing what's above will determine what's involved Cheers John

Even if load bearing it won't be a massive job beyond decorating if you accept a steel beam is needed. At around a 4-4.5m span you are looking at an 8x4 or maybe 8x5 1/4" steel universal beam. You might need a need a new concrete lintel over the doorway if it's timber due to the pad stone for the beam. Certainly 'doable' though.
LG 65 e7v : JVC DLA-N7 D-ILA : Draper React 3 : Lyngdorf MP50 : Trinnov Amplitude 8M : Lumagen Radiance Pro : Oppo udp 203 UHD : Apple TV 4k : Artcoustic DF65-50 L&R, DF multi soundbar centre : Paradigm Signature Sub 1 : Monitor Audio c265 IDC

It probably is load bearing but the wall on the right probably isn't so the new beam would need to extend over the passage? Obviously without being there it's hard to say.
D

We had the same done.
Ours was arch shaped which we had removed.
We had to have a metal RSJ fitted across where it had been removed.
we got a couple of quotes and the total cost was around £650 which I thought was pretty good.
The RSJ did mean leaving a visible beam. Also left a supporting upright (see left) this could have been flush to the wall but would have added considerably to the price. 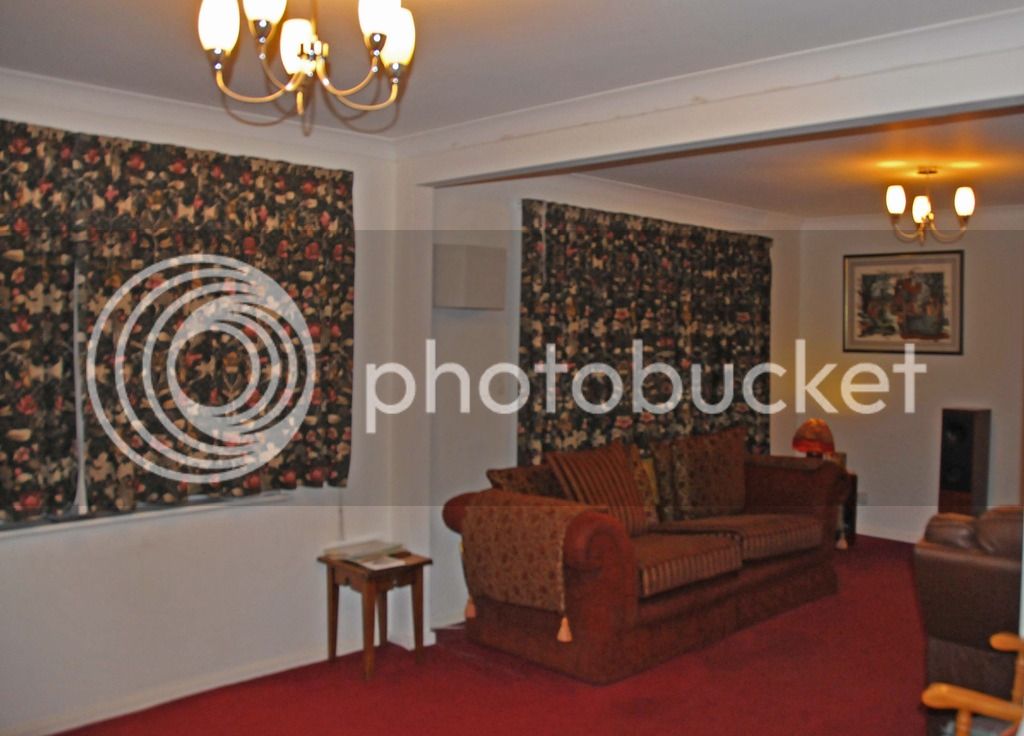 Trollslayer said:
It's a 1966 build bungalow so sounds like it can be dealt with by being sensible.
There are a couple of cosmetic things but I would be able to move in without them being done, enough options.
Click to expand...

You need to check in the roof space that there aren't any purling pillars on the wall you are taking out If there are you will still need a beam for it. John
D

Would side-firing speakers make everything worse in this room?