I have never been happy with my setup and have never felt I got the most out of my setup.

I currently have a Yamaha rx-v667 av receiver. Front, side and rear mission speaker and a mission sub.

I have just purchached a LG OLED77C14LB TV and at some point will add a 4k blue ray player.

Mostly watch Disney+, Netflix and Amazon prime. I do use Plex, but to be honest would prefer fav films on a 4k blue ray player.

I would like some half decent surround sound, but without blowing the budget. So talking £200-300 perhaps a little more.

I'm a little behind times on audio tech. I know the TV supports passthpugh for the specs at the bottom. .

Tbh I just want to have something simple that sounds half decent.

So question is, do I replace the AV receiver, or is there a simple all in one solution, perhaps Bluetooth that lets me take advantage of the Dolby Atmos?

For example I could sell what I have and get something like this. 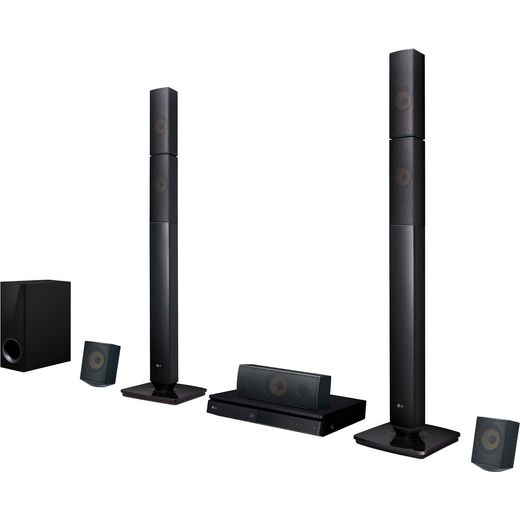 No
5.1 Dolby Digital via ARC

No
5.1 Dolby Digital via Optical

That all in one system isn't going to sound better than your current one. It doesn't even have Atmos anyway, but regardless of that, these cinema in a box can't compare with a decent AVR and speakers.

Unfortunately, if you want decent audio you're going to have to up your budget. If you want Atmos you need a new AVR to replace the Yamaha.

Any soundbar that might sound decent enough to be better than your current system is going to cost a lot more than your budget, although we'd need to know what speakers you have in more detail.

From the little info you've given us, your system sounds decent, apart from maybe an underperforming sub. A bit more information would help.
Z

The problem I have is that I know all the speakers are working and I used the microphone you plug in to to balance the speaker volume.

The AV receiver tells me when I have a Dolby true hd or dts source and I hear sound from the speakers. Just don't feel wowed by it.

I not against getting another receiver and Sony STR-DH790 is within my budget.

One area I'm confused with is arc return. My understanding is if I play content using webos on the TV using arc return audio will be passed to the amp. Just that I tried to get this working on the Yamaha and could not. Gave up and plugged in a optical lead instead.
You must log in or register to reply here.

Which to use as the HDMI switch - TV or soundbar?