Bookshelf’s or bipoles in a 5.1 setup?

I’m currently in the process of acquiring some av gear, the plan is to have a basic 5.1 setup with a projector, maybe Atmos in the future but that isn’t a priority right now.

In the past I’ve been blessed with pretty basic rooms but in my new house the door leading into the living room is where I would ideally place the right surround speaker, the sofa is also right up against the wall so that isn’t great either. My two thoughts are either bi poles on the rear wall or bookshelf’s high up on the side walls, there’s just enough space above the door opening.

My main concern with bipolar speakers is I believe they’re meant to be in line with the front LR channels, as you can see from my pictures the front channels are very wide, they could be moved inwards but they then be very narrow (either side of the tv) I think our wide is the better compromise. Also anyway sat on the lounger part of the sofa would be sat on the outside of the rear left channel, that just seems a little strange to me. I could maybe fit down firing ceiling speakers but that would scupper the plans for Atmos.

What do you guys think? Pictures below. I would go with bipoles mounted high up on the rear wall so about 2feet from seated ear height. Spread them good amount apart and leave some space to side wall (1feet minium). They are so close to listeners that normal bookshelf speakers would be annoying and too directional. Bipoles would create bit more dispersed soundfield. Example Monitor Audio Bronze FX has low depth (124mm) and will be installed flush against wall with two screws. There is white finish so it will blend with walls better too. You can hide the wires with D-Line trunking (amazon uk).

The Monitor Audio Bronze FX rear speaker delivers a true home cinema experience and will surround you in sound. 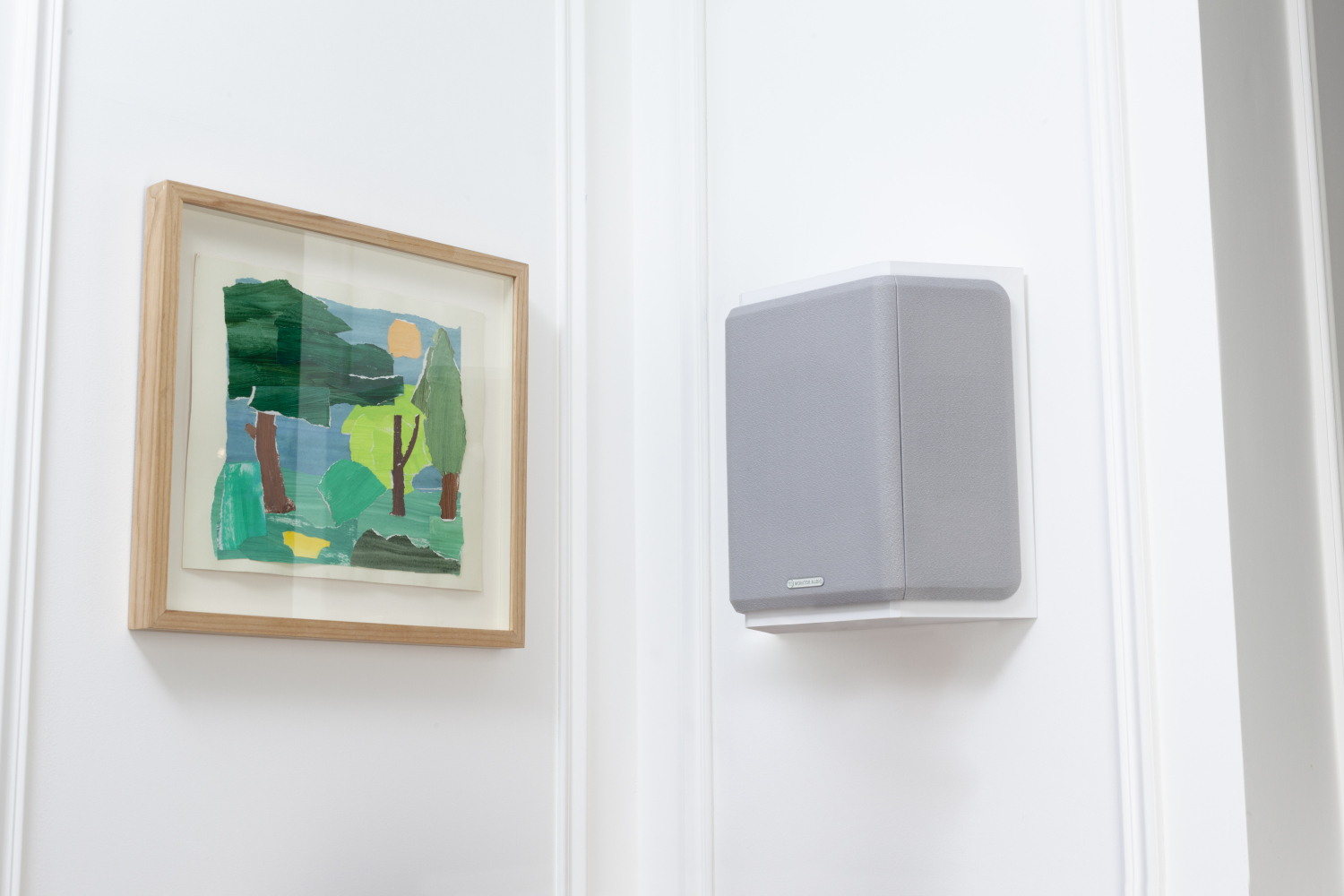 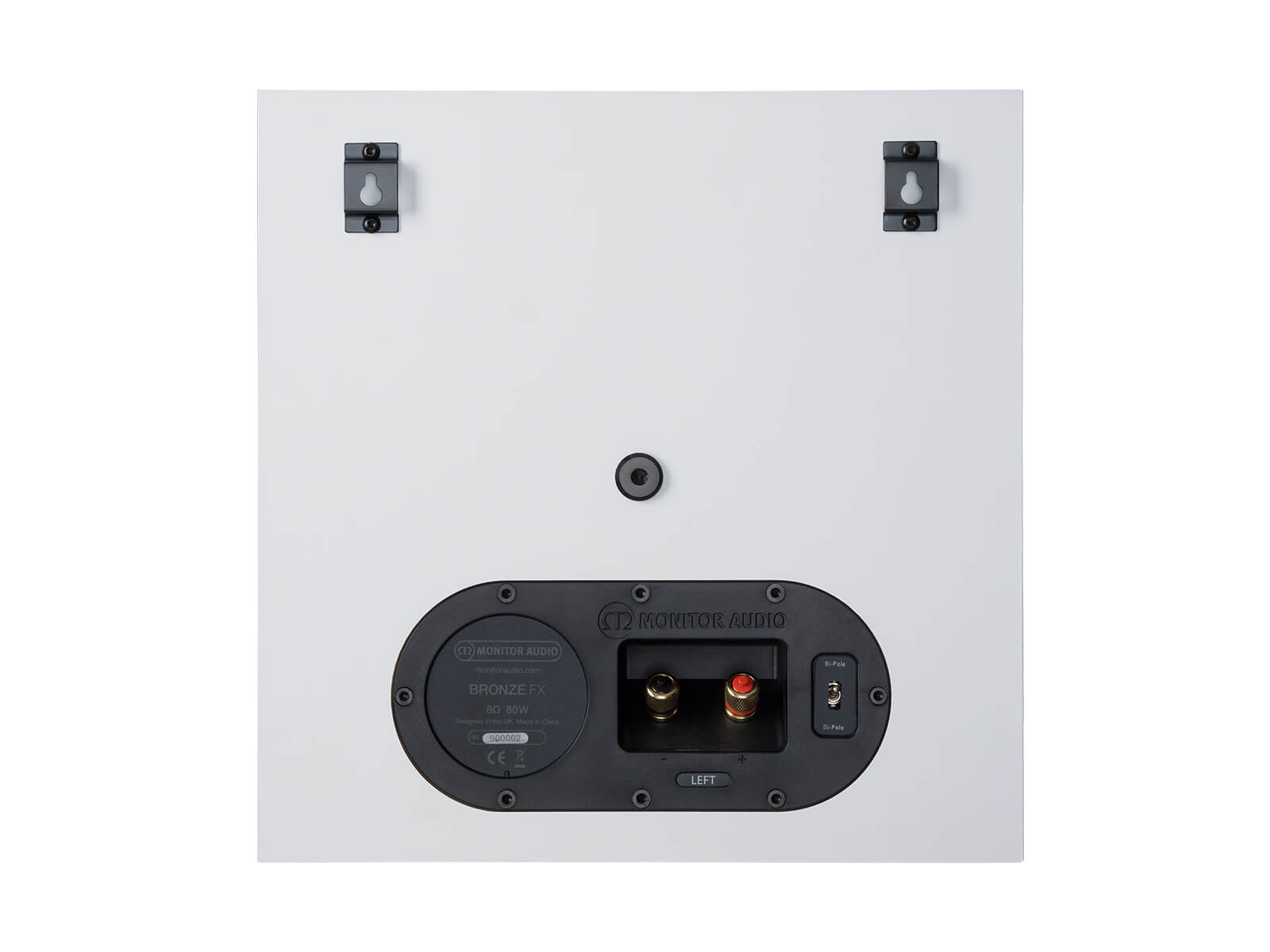 For 5.1, I would go with bi poles for the diffusion effect.

If you want to do atmos in future, bi poles are not recommended as they are not as good as direct radiators for helping pinpoint the audio in 3d space.

They're a better choice where you're close to side/rears and they're more tidy install rather than regular speakers.

So Ive purchased some MA bi poles, lets see how i get on.

Hang the door so it opens outwards?
We're very space constrained and have quite flat Kef T101s mounted on the rear wall just behind the sofa.
L

I did think about that, I also though about those very low profile Dali speakers, but I’ve never had no poles so going to give them a try, my only worry is that the left surround will baicially be in the middle of the sofa, that’s ok for me in the main listening position but rubbish for anyone else (not that they’d care haha)
TV - Sony kdl50-w829b Projector - Epson eh-tw3200 Receiver - Marantz SR-7010 Fronts - Q Acoustic Concept 40 Rears - Q Acoustic Concept 20 Centre - Q Acoustic Concept Centre Subwoofer x2 - SVS pc-2000 Game - Xbox one
You must log in or register to reply here.

H
Need Some Advice On A Dolby Atmos 7.1.6 Setup