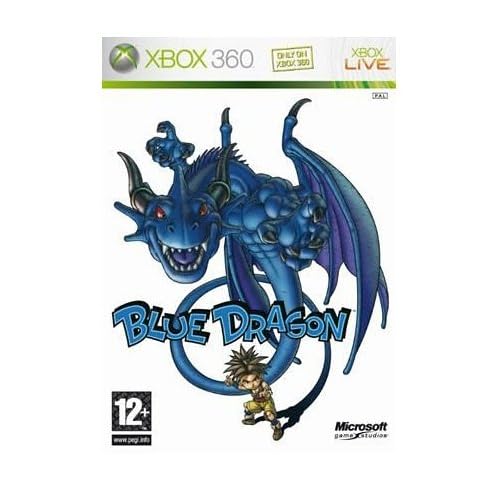 The resurrection of the user reviews threads continues. This is the first new release covered. If you've already written a review in the main thread, feel free to post it here for comment too, please only vote if you've played enough of the game to comment.

A 10 should only be given for a landmark game that sets new rules, a 9 for a truly excellent game without flaw, and an average game that does things right but nothing special should get a 5 (not a 7 or 8 like some would have you believe).
C

About 6 hours into it, so I'm not rating yet. It's pretty much a Final Fantasy clone with less likeable characters. Doesn't seem to be as many side quests either. Story is okay so far, but I'm only 6 hours in so that'll hopefully change.
Due to location, I can pay via PayPal or Bank Transfer (But require BIC/IBAN details)
Z

Gave it 15 mins..........dire. It'll be going back and getting exchanged for something a little less juvenile
C

about 17hours in and really enjoying it - a solid 7 out of 10 for me.
My DVD Collection
Xbox 360 Blog
The Only UK xbox360 clan you will ever need
Z

zygote23 said:
Gave it 15 mins..........dire. It'll be going back and getting exchanged for something a little less juvenile
Click to expand...

Let me guess, you're going to get another unimaginitive FPS with a copious amount of blood, guts & guns to make yourself feel like you're playing a more "adult" game?
Silver PlayStation 2 Slimline, Green XBox 160GB, White DS Lite, Golden White Sony Ericsson W850i, PC
Given up on next gen consoles
What's hot: Phoenix Wright Trials And Tribulations :: What's not: Halo 2.5 and its fanboys
D

I'm not going to rate this game as i'll be biased against it as i'm not a turn based RPG fan, however, it came bundled with my Elite so i gave it a go for an hour or so and my thoughts are:-

Full of FMV interuptions though (first few hours at least)


A friend of mine (an RPG fan played all the Final Fantasy games etc) was with me when i tried it out and he liked it, however, he did say that there no real innovation in it its just general turn based RPG stuff

Video review here.
Humans are not proud of their ancestors, and rarely invite them round to dinner.

Anyone else who actually likes this type of game got any comments?

I love JRPG's and have completed Enchanted Arms, the only other one on the 360 AFAIK.

I would like to know if it's worth getting. I have heard it takes a while to get going.
Barada Nikto to you all.... http://www.youtube.com/user/KlaatuNinja

KlaatuNinja said:
Anyone else who actually likes this type of game got any comments?

I love JRPG's and have completed Enchanted Arms, the only other one on the 360 AFAIK.

I would like to know if it's worth getting. I have heard it takes a while to get going.
Click to expand...

What RPG doesn't take a while to get going? FF7 didn't get good until you left Midgard. I'm just after starting Disc 2 and it got really good one I got my 4th party member (though he's a ****!)
Due to location, I can pay via PayPal or Bank Transfer (But require BIC/IBAN details)
G

The only other jrpg i ever played is enchanted arms, so i dont have a lot to compare it to really, but on the plus side i dont have any pre-conceptions either about how the game should play...

I'm about 12 hours in so far (only put it in for the first time 24 hours ago so not bad going!) and really enjoying it... its got me totally hooked.

Really cant see why the reviews have been so harsh.... its a great looking game, plays really well, and is a lot of fun.
www.lineofcontact.net - For all you could ever wish to know about Steel Battalion LOC... the most kick ass game EVER

KlaatuNinja said:
I love JRPG's and have completed Enchanted Arms, the only other one on the 360 AFAIK.

I would like to know if it's worth getting. I have heard it takes a while to get going.
Click to expand...

I too love traditional J-RPGs and would have to say yes, it is worth getting.

Graphics and audio are every bit as good as you would expect to find on a machine of the 360's capability, the graphics opting for a much more cartoon/anime style which really brings forth the vibrancy of the visuals. Easy to see pictures and get a handle on the graphics so not worth saying any more on that.

The core system is familiar, damn familiar. Enchanted Arms got a considerable amount of flak for its 'dated' system and much is the same with Blue Dragon, now while some prefer button mashing to a more tactical turn based system it is that 'dated' system that makes me like Blue Dragon all the more. HP, MP, accessories, spells, items all as you would expect to be present and correct. Not exactly a new feature but you can chose (ala FFXII and other RPGs) the majority of fights you want to partake in or avoid them. Some very nice additions to the battle systems though that really work:

- when casting a spell you have a power bar, the longer you hold down A the more powerful the spell is. On the power bar you are shown the times at which other members of your team and the enemies will perform their actions, as such you have the choice of possibly acting before an enemy with a less powerful spell or ramping up the power and taking the consequences of their action.

- attack multiple groups of opponents. If you are close enough to several opponents that they fall within your sphere of influence then you can chose to fight them one after the other (with a stat bonus round between each fight) and sometimes the opponents will start attacking each other (very useful when a pretty powerful fire element is put together with an ice element opponent and they negate each other)

Some of the more juvenile elements in the game are rather grating at times from what I have played so far and the story is not exactly bursting with promise from what I have seen. With those reservations I have given the game an 8, that might seem high but this really is my favourite type of game done in my favourite way.
XBox360 Core + 120GBHDD + HD-DVD GT:Ima Nastyone,
Wii, [-]UK PS3 60GB[/-] -- traded 16/09/07 --> XBox360 Elite,
PS3 40GB
U

How bright is bright enough?

K
Is Sony A95K the right TV for me, or wait until next year?