&#8220;As Twilight series devotees know, there was a lot of ground to cover in adapting Breaking Dawn to the screen,&#8221; said Condon. &#8220;Between the wedding, the honeymoon, the birth, and everything in between, naturally there were things that didn't make it into our final cut. But I wanted to make sure that for all the Twihards out there, there was a chance to see some of these cut scenes &#8211; several of which are fan favorites from the book.&#8221;

The Twilight Saga has held its spot as the top-selling home entertainment franchise since 2008 and The Twilight Saga: Breaking Dawn &#8211; Part 1 took in $281.3 million in domestic box office sales after its release on November 18, 2011. The worldwide phenomenon continues to ignite a huge following of passionate and loyal fans that have driven the success of the Saga from the beginning.

The Twilight Saga: Breaking Dawn &#8211; Part 1 Extended Edition now featuring additional footage, presents the marriage, honeymoon and the birth of a child that brings unforeseen and shocking developments for Bella and Edward and those they love, including new complications with werewolf Jacob Black. 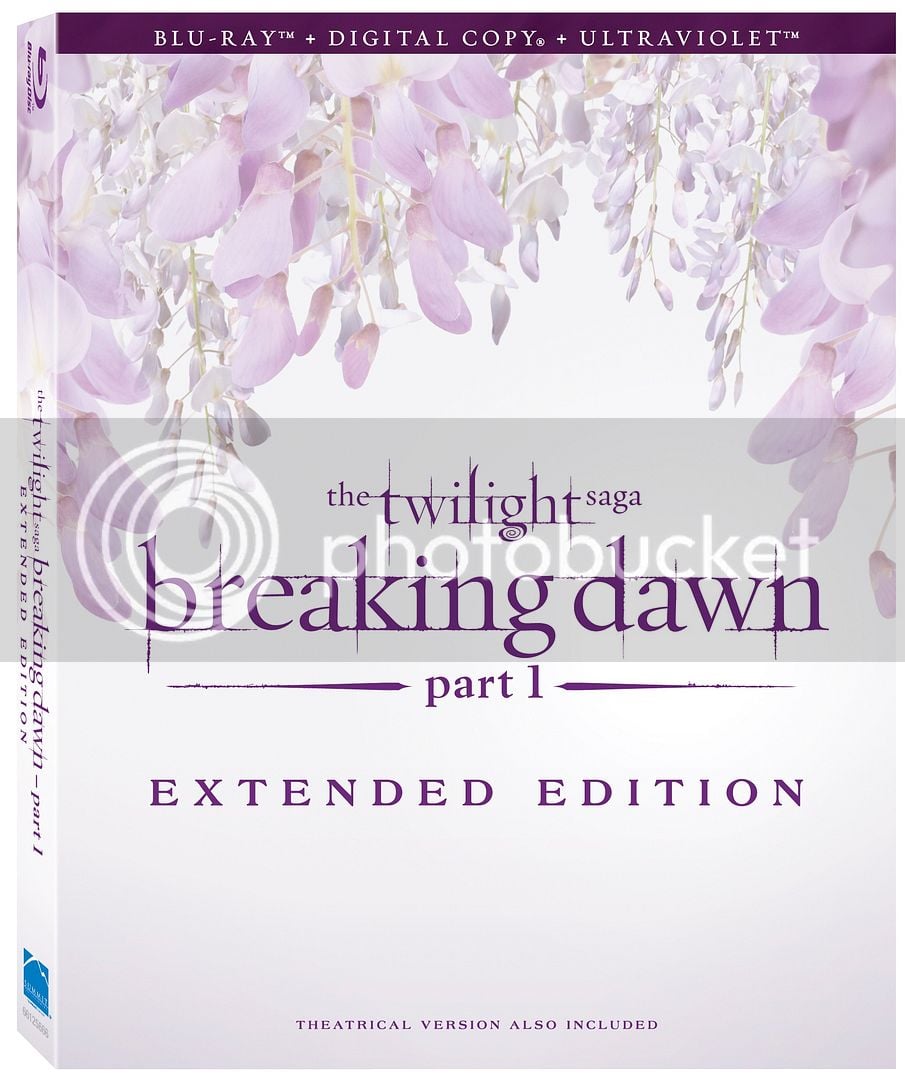 LOS ANGELES (January 14, 2013) &#8212; The Twilight Saga: Breaking Dawn &#8211; Part 2, the final chapter of The Twilight Saga, will be released on Blu-ray Disc (plus Digital Copy and Ultraviolet), 2-disc DVD (plus Digital Copy and Ultraviolet), Video On Demand and Digital Download on Saturday, March 2, 2013 from Summit Entertainment, a LIONSGATE company. Both the Blu-ray Disc and 2-disc DVD will feature hours of extensive bonus materials. The weekend street date allows for midnight events at retailers nationwide where eager fans will be lining up in anticipation of the finale's home entertainment release.

With the release of Breaking Dawn &#8211; Part 2, which has taken in an incredible $290 million in domestic box office so far, The Twilight Saga will become the top-selling home entertainment franchise since 2009, having already sold over 50 million DVD and Blu-ray copies to date. Driven by an unbelievably enthusiastic and loyal fan base, Stephenie Meyer's Twilight series has sold over 116 million copies worldwide while the global box office for the complete film series stands at over $3.3 billion, with Part 2 achieving the highest grosses of all with $821.8 million. In addition, the franchise now has eight separate Facebook pages dedicated to its stories and characters totaling nearly 80 million fans.

The Blu-ray and 2-disc DVD will include hours of bonus materials that are sure to satisfy even the most dedicated fans. A seven-part making-of documentary will provide an incredibly detailed behind-the-scenes look at how the finale of this epic series came together, including Bella's transformation, a global cast of vampires and the shocking climactic battle scene. The significant challenges of shooting Breaking Dawn &#8211; Part 1 and Part 2 back to back are exposed in the feature, &#8220;Two Movies at Once.&#8221; Viewers will also be able to gain new insight into the making of the film with an audio commentary by director Bill Condon. &#8220;Jump to&#8221; features allow fans to watch only their favorite scenes in the film featuring Edward Cullen and Jacob Black. The Twilight Saga: Breaking Dawn &#8211; Part 2 arrives on Blu-ray Disc and 2-disc DVD for the suggested retail price of $39.99 and $30.98, respectively. The Twilight Saga: Breaking Dawn &#8211;Part 1 Extended Edition will also be available on March 2nd. Both releases will be available for pre-order on January 14th, 2013.

&#8220;The excitement of the worldwide sensation Twilight Saga's final chapter culminates with a massive home entertainment release that will reach fans and retailers nationwide,&#8221; said Ron Schwartz, Lionsgate Executive Vice President & General Manager, Home Entertainment. &#8220;The Twilight Saga has changed the way studios and audiences look at the blockbuster, even altering how Hollywood rolls out its films. Making the home entertainment release as much of an event as the theatrical release, gives our passionate fans an opportunity to celebrate this much-beloved film all over again.&#8221;

In The Twilight Saga: Breaking Dawn &#8211; Part 2, the birth of Bella (Kristen Stewart) and Edward's (Robert Pattinson) child brings conflict between Bella and her lifelong friend, Jacob (Taylor Lautner), and an all-out war between the Cullens and the Volturi. 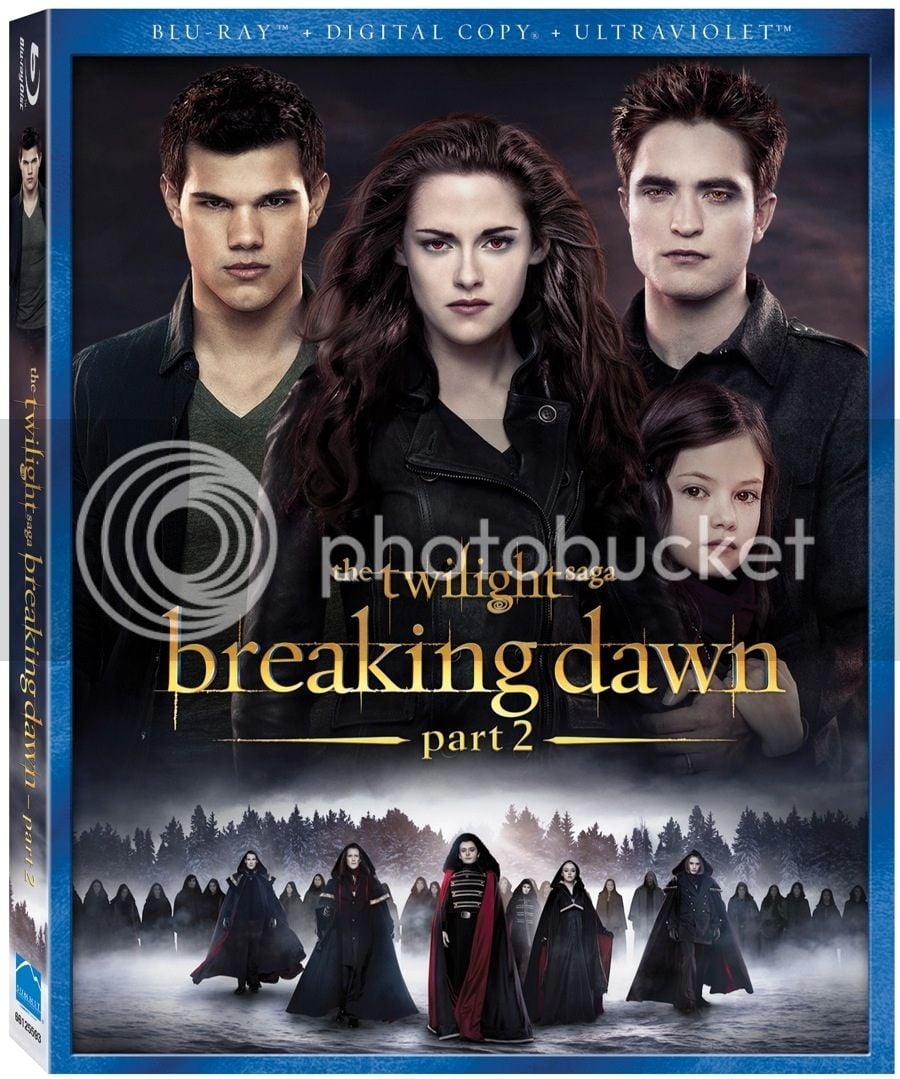 Win a copy of Pirates on Blu-ray

Win a copy of The Silent Enemy on Blu-ray

Win a copy of Sing 2 on Blu-ray