Post anything related to the maps here, love it/hate it/fondle yourself to it/etc.

Overall, I think the maps are decent, plenty of places to kill and be killed and we've only had the game just over a week
Nintendo ID; Tazbot
PSN ID; Tazbot

Top 3 were mainly chosen due to the map layouts and I seem to get the best scores when I'm playing them. Gotta love jumping into the ski lift on summit and getting some sneaky kills!

As for bottom 3 well I just find Hanoi a boring map and uninspiring. It does have a nice shortcut for the RC-XD though. I think radiation is ok but I always do awful on it so that's why it's disliked!
As for nuketown well its just a spam fest and only really any use to try out some different weapons.
R

I play em all, but dislike Jungle the most.

Not too fussed on Array either.

Mind you, im only lvl 40, so still getting used to the maps, probs like Summit, Grid, Firing Range, Havana the most.

Overall, I think the maps are decent, plenty of places to kill and be killed and we've only had the game just over a week
Click to expand...

Maps have been ok for me for the most part, just map rotaion sucks ass.

Array - probably the least liked map cause I get killed on this map alot by the most BS means compared to any other map but it's still decent.

Cracked - I like this one alot, good action map with lots of places to hide and so forth. Oddly the map I end up diving the most on.

Crisis - An ok I guess, not to fond of the beach area tho, alot of bs spawning goes on around that area.

Grid - quite like this map but there is areas with some BS spawning going on.

Hanoi - I like this map. Thats about it I guess.

Havana - This one I really like, it reminds me of Crossfire from COD4, little bigger but very good map all around.

Jungle - Another Ok map, quite easy to camp some areas tho.

Launch - A good map I like alot, pretty frantic action altho at times some bad spawning.

Nuketown - well what can I say, it's decent if it weren't for the fact it's picked all the time and with the amount of nade spamming going on-_-

Radiation - A not bad map, can be a bitch of a map for HQ or Demo tho.

Villa - First map I ever played and a real fav, very good map for any game mode.

Bottom 3.
hanoi
Villa
Nuke town.only because its the most common map,otherwise is good.
Xbl#meweavy
ps4 nextgen-meweavy
cannon fodder for the masses

I think the maps are better overall than MW2. Aren't any that I feel the need to skip just yet.


The only one I dislike is nuketown. And for the same reason as most... its overplayed.

After a week on the game i played 'grid' for the 1st time yesterday. Campfest.

Like all of them with the exception of Array and Jungle, but it took me a while to get into Afghan and Wasteland on MW2.

Firing Range and Summit on CTF are class, and FFA on Nuketown is hilarious
:uk: Playing: Ghosts is coming, all aboard the hype train PSN Id: sCuDacus Clan: sCud

My only moan about the maps so far is that the map rotation is [email protected] Had Nuketown 3 times in a row We're suppose to have 14 maps and only get about 3 or 4 all night Overall, I think the maps are decent, plenty of places to kill and be killed and we've only had the game just over a week
Click to expand...

Most maps are pretty good, but the spawns are what fail it, according to JD's tweet, the team are looking into it

Although the maps are pretty good, some can be a bit harder to play because of the muddy textures and low resolution.
////// GNE1 - AVF: MW2 TDM Winners //////​
My AVFA Debut
http://www.avforums.com/forums/ps3-clans-tournaments/740182-avf-team-cod-144.html​
To Everyone: Delete Hubba-EX, Keep HubbaBubbaUK​

Overall I think the maps are ok, although I seem to do far far better on some than others.

Top 3:
Cracked - great map with lots of levels, corridors etc
Launch - quite fast paced with lots of different areas and seem to do well usually on it
Havana - a new fav of mine. Lots of rooms and places to sneak about

Bottom 3:
Crisis - can't stand this map. The beach area is a camp fest most of the time and I always do rubbish
Hanoi - very dark and spawning is useless
Array - again, always seem to do badly on this map

Array, WMD and Cracked are my favourites.

Firing Range does my nut, the spawing is awful on the map and i never do well on it.
PSN: Slickz___
R.I.P Cl4rk1E​

mark74uk said:
Array, WMD and Cracked are my favourites.
Click to expand...

You've pretty much listed my worse maps! Although Cracked is ok and would replace that with the one that has the big metal door that can be opened and closed (cant remember its name now).

As for 3 favourites, really like Havana even though it seems to have some framerate issues all of its own as it will jump a bit even when nothing else is. Summit and firing range are probably my others. All though it does depend on what game type is being played.
TV = Pioneer Kuro, Amp = Denon 4300, Speakers = KEF, Sub = BK XXLS400 and a PS5

Bottom 3.
hanoi
Villa
Nuke town.only because its the most common map,otherwise is good.
Click to expand...

My favourites are Array, WMD and Firing Range. I have enjoyed the games on Nuketown, we won one game of Dom on there 200-55.
RIP John 'Clarkie' Clark.
PSN: ScuD_MuFFiN

I really don't like the one with the big watch tower in the middle. Too easy to be killed in that one, maybe it's to do with the spawns, but I never do well on it.

I actually like all the maps... there were a few that i didn't like at first but once i found some good spots etc there aren't any i hate (as much as maps like underpass)

spawning on these maps though... that's a whole other story
STEAM: xDjentleman

I'm still under level 20 and not sure if I have even played all the maps yet. Most of them seem good though. Spawns are crap but will be getting updated I am sure.

Ok Firing Range was my first ever map to play on. And as much as I hate the small nature of it, i keep getting some good bits on it; be it duel pistol double kill, or even better my game winning cam by sticking semtex to a guys foot - it was bloomin funny.

Floor Tom said:
I'm still under level 20 and not sure if I have even played all the maps yet. Most of them seem good though. Spawns are crap but will be getting updated I am sure.
Click to expand...

I only despise Nuketown. The rest I more or less get on with.

I have never had a brilliant game on Nuketown. The spawning is terrible, sometimes I will spawn in one corner of a garden and the entire enemy team will spawn in front of me. Feel guilty taking them out but the same has happened to me many times.
PSN ID : PhantomBear​ 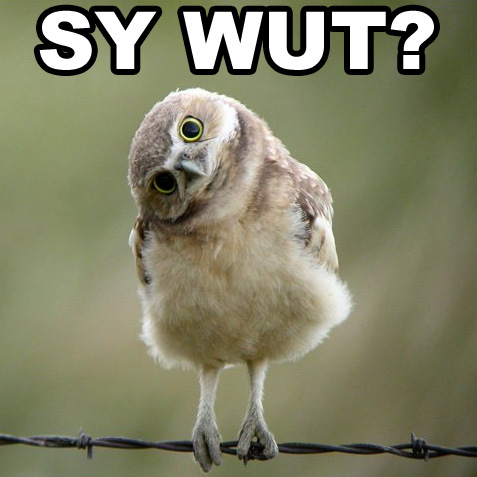 STEAM: xDjentleman
You must log in or register to reply here.

65U78G is not just turning on randomly, but is rebooting, and possibly on a schedule?

Promoted Want to make money from your photographs? Read this example and learn how