I have started the set up process a couple of issues:

Sky is full screen, but when something is ran from my WDTV box, i lose a chunk of the screen: 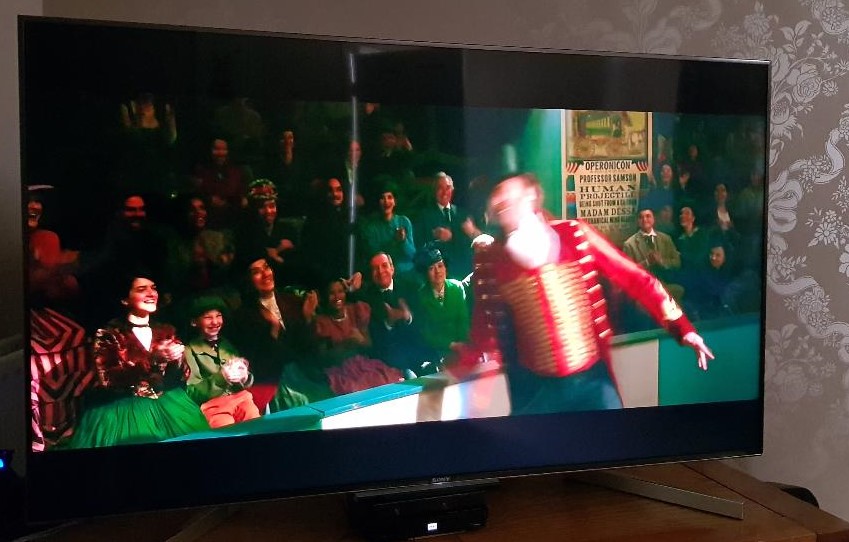 Blacks seem very black - think i need to google optimal settings for the TV.
Anyone have this TV or can offer advice?
D

Are you asking how to fill the whole screen or how to get the best black bars?
As for the first: the movie is not in a 16:9 aspect ratio which regular tv broadcasts most of the time are.
I

I am trying to get rid of the bars, but if that effects the overall pic, then i guess the bars have to stay.

Modern TV shows are primarily shot in an aspect ratio of 16:9 which is the same as your TV, so you TV is filled completely. Older TV shows are in 4:3 which gives you great big vertical bars up the sides and movies are shot in a variety of aspect ratios according to what the director or cinematographer wanted to achieve.
Some, like TV shows are filmed in 16:9, some are filmed in a wider aspect ratio like 2.35:1 which gives a more panoramic view but gives you black bars at the top and bottom of your picture.
They're there at the cinema as well, you just don't see them as the cinema is pitch black and they have a clever system to display multiple AR's.

In short you can't get rid of them without manipulating the picture and stretching the image so everything looks tall and weird or zooming in on the centre and chopping off the edges of the frame so you're missing a large chunk of the picture or some clever version which amalgamates the 2.

Your last TV must have been setup to do this and it's really very, very wrong.
Last edited: Mar 14, 2019
You must log in or register to reply here.