BK XLS200-FF MK2​
After reading some forum threads and reviews of various entry-level subwoofers, I decided to get the XLS200 for several reasons:
- It seems to delivery very good performance for the price
- It's compact 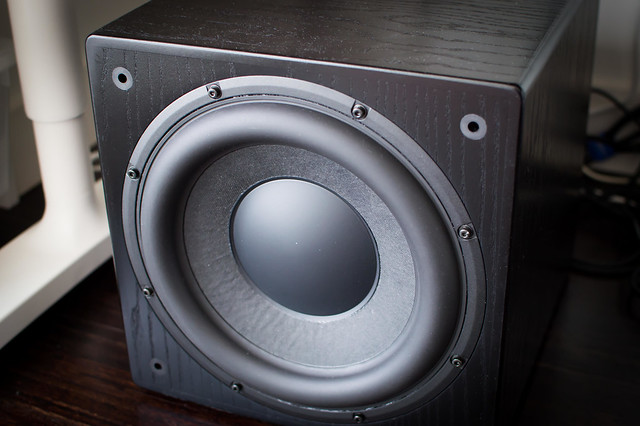 The sub is very well built, and feels solid. It weights a healthy 18Kg, and the black ash finish is beautiful.
It arrived in a large cardboard box, suspended using a soft foamy piece of plastic at each of the eight corners.


My Setup​
The sub is connected via a single RCA cable to a Denon Ceol Piccolo N4's subwoofer out.
I have to say that BK has been very kind to send me a custom 2m long cable instead of the "default" 5m one. They are really friendly and helpful!
The setup is mainly for music listening, with the two main speakers a pair of Dali Zensor 1 (also black ash finish).

Volume on the sub's low level input is set to almost maximum (I'm not trying to push bass volumes to higher than intended, it's just the receiver's sub output level that cannot be adjusted), and low-pass cutoff is around 60Hz. Phase is on 0 degrees. 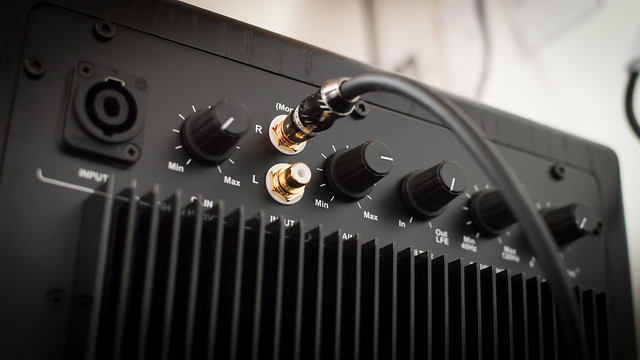 Placing the sub wasn't easy. My room is rectangular, 5m x 7m, and I had the entire front of the long wall available for the sub to be placed. My listening position is on the same wall, as it's a computer desk on the front-left side.

I tried almost all spots available. Most of them produced a massive null in my primary listening position in the 30-40Hz range, with the only better sounding position at the left corner, under the computer desk, with the driver facing the left wall. With this setup frequency response seems to be quite even down to about 30Hz, after which it starts to drop off faster than in other locations. If I stand towards the back of the room, the lower end is much stronger, but also noticeably uneven.

In the walkway there is strong resonance of the lowest notes, and things vibrate even at very low volumes!

Overall I'm reasonably satisfied with how the sub integrates with the room. I guess I'm lucky that the better sounding position (although not perfect) is also the one in which the sub is the least obtrusive.


Subjective synthetic testing​
This is just to illustrate very roughly what this sub can do. I don't have a calibrated mic so I can't show measurements, but there are plenty of those in other forums.

First of all my listening volume is quite low (despite the volume knob turned quite high). The receiver has only 40W of amplifying power after all. While I can see the driver moving, it really doesn't move anywhere as much as in videos like this one
Code:
Using test tones:
- 50Hz loud and clear
- 40Hz loud and clear
- 30Hz is just a little weaker than 40, but still very clear
- 28Hz volume starts to drop, but it's still very heardable. If I move to the back of the room, it's very loud.
- 26Hz still heardable
- 24Hz heardable, but at this point volume is significantly lower than before.
- 22Hz barely heardable at my listening position. Slighty lowder at the back of the room. Interestingly, it's very loud in the hallway, which is the corner of the flat furthest away from where the sub is placed.
- 20Hz unheardable from my listening position, still clear in the hallway.
- 18Hz barely heardable in the hallway.

Extension is pretty impressive for the size of the box. As a comparison, my old Yamaha SW315 can barely do 30Hz...


Subjective listening​
- Nara (Posthumus): the bass track is thunderous and omnipresent, and gives great vibrance. The sub performs great here, there is no lack of definition or energy. The low thumps in the bass line are clearly heardable (not all subs I've listened to can do this). My old Yamaha SW315 sounds much muddier in comparison, and can't render the low thumps. The Bose Acoustimass sub has more energy in the thumps, but timing is not as precise. The XLS200's driver hardly moves for most of the track, except during the thundering sounds in the second half of the track.

- Arrival of the Birds (London Metropolitan Orchestra) - The deep pizzicato and strings sound absolutely beautiful here, with no time smearing at all. The frequency extension isn't particularly deep, so in this case the SW315 didn't perform very differently. The Bose on the other hand was giving too much emphasis, making the pizzicato sound too much like explosions.

- The Big Blue Overture (Eric Serra) - The large soundstage of this track sounds great with the BK. The soundstage sounds similar to that of the SW315, but there is much more definition in the low end. I haven't listened this one when I was in the Bose showroom, but I did try it on a B&W PV1D, which didn't sound bad but was really struggling to keep the volume up with both drivers shaking like crazy.

- Dolby Atmos Amaze demo - Thunderous bass. The XLS200 has no problems keeping up with it. The thunder is in the frequency range where the XLS200 starts to lose volume, but it still sounds awesome. Just a little bit more power in that part would be better, but you can't ask everything of a small sealed box. The SW315 does ok, it also loses power in the thunder but the ported design does seem to help. This is the only track where the Bose is the most impressive sub here, delivering more physical impact during the thunder.

- Bass I Love You Too (Bassotronics) - I don't like tracks with bass for the sake of bass in general, but this one seems to have really become a common metric. The XLS200 does fairly well. The frequency is really deep here, so there a large drop in power, but most of the bass line is definitely heardable. My main listening position suffers a bit in this case, but in the back of the room you can really appreciate the track quite well. The SW315 can't do anything with this track, it's almost like the sub is off: there is air moving from the port, but almost no sound at all... I didn't play this one on the Bose, I was sure I would be kicked out of the shop if I made the sub bottom out

Overall, I'm really impressed with the BK. It delivers beautiful sounds, from a small enclosure, and apparently effortlessly for normal listening volumes. Both the SW315 and the Bose I've listened to seemd to put a lot more effort to deliver the same kind of volume, in similarly sized rooms, and that has really surprised me because I thought that the port helped increasing the output power at similar driver excursion levels.

Thanks for reading guys. This is my first audio component review. Any feedback is welcome!

Thanks a lot for this review. I have been searching endlessly for a sub and narrowed it down to the 200. It's for my ls50 wireless and solely for music so this helps alot. I will give them a call tomorrow based on your review and will feedback if i end up going ahead.

Or pay more for svs which looks good and weighs slightly less than bk?

Batdroid said:
Thanks a lot for this review. I have been searching endlessly for a sub and narrowed it down to the 200. It's for my ls50 wireless and solely for music so this helps alot. I will give them a call tomorrow based on your review and will feedback if i end up going ahead.

Did you purchase the sub? I'm also looking for something for my passive LS50s. Wondering what your thoughts are as you must of had the sub for a while now.
E

Yeah I'm also wondering how you're getting on, considering some for my KEF LSX...
You must log in or register to reply here.

How much subwoofer output capability do you need in your system?
2 3