Think the open nature of this month made it a bit harder (as well as being on Lockdown) as didn't have anything specific to focus on. I tried (and failed) to get some of the SpaceX Starlight satellites going over, and think there was a bit too much light pollution here in London to get the anything of the Lyrid meteor shower, so I was tiring to get something interesting in the garden, squirrel, parakeet, caterpillar, but nothing was standout. Then the other day a Bee was buzzing overhead while I was out in the garden with the camera, so I took a few shots. Most were blurred but this one was in focus, so this is my entry. 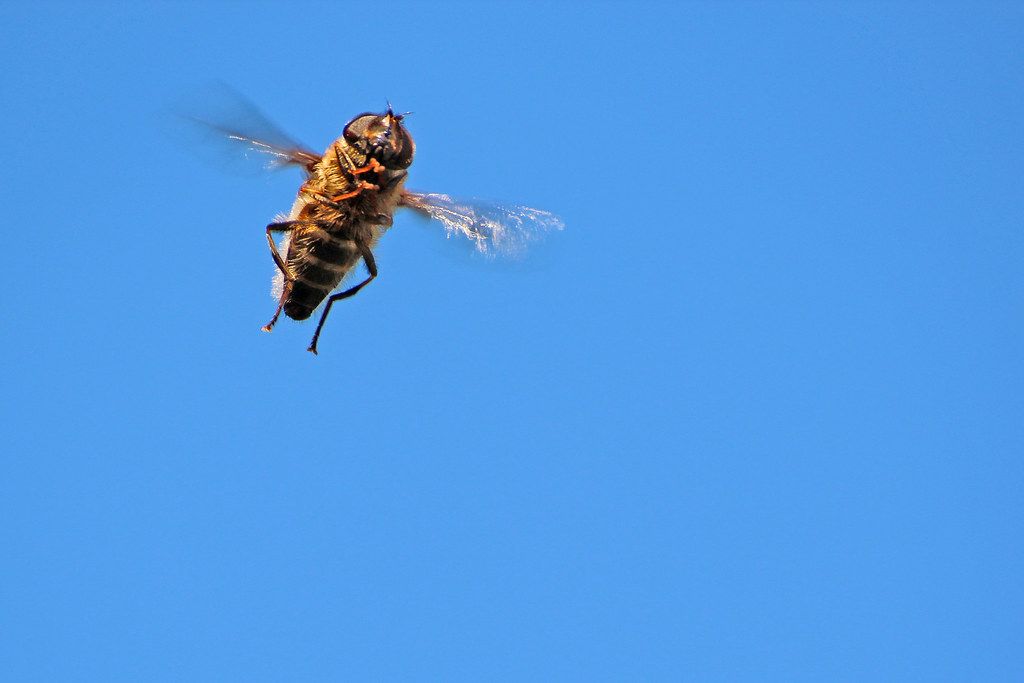 Edited in Photoshop elements to adjust highlights & shadows (as the bottom of the bee was quite dark due to sun overhead) and levels and some contrast. And slight crop to remove some of the blue sky (maybe still a bit too much of it, but didn't want to crop in too tight), and sharpen.

Bee was overhead about 5 or 6 ft away.

Tricky to capture but you nailed it.
You must log in or register to reply here.