Staff member
This week we discuss:


If you are having problems with subscription services and Apps, please deselect and then re-subscribe to the podcast feed, thanks.


Time: 01:09:25 | File Size: 96mb | Direct Link
AVForums Editor
ISF and THX Certified AV Calibrator
Follow me on Twitter! - My personal opinions are not those of AVForums or any other related website.

Hope the pioneer thing isn't true. The manufacturers make a rod for their own back with these upgrades though. If they actually made something that could be upgraded and was therefore current for more than 10 minutes, they wouldn't have to build new products every year.

If I buy a computer right now, It'll still run the latest software in a couple of years time. Buy an AV product and it can't even run next week's new app.....Lame.
I can understand why a new amp is required when we move from Dolby Digital to True HD but not for every minor tweak.

And it's the manufacturers who create new standards (eg. The HDMI org). We all know that HDMI will need to support 4kp120 and 4:4:4 chroma and It'll use low level lossless compression to achieve it. So why not set the standard now rather than waiting a year.

For Pioneer it's really simple. Build me an amp for £3000 that has a lot more power than the LX87 and comes with upgradeable HDMI and digital processing. Leave it on the market for 3 years, it worked for the Susano.

Pacific Rim may have been formulaic rubbish but it knew that it was and did so unapologetically and for that I salute Guillermo del Toro.

In regards to the rumours relating to Pioneer and their withdrawal from the home AV arena. Pioneer have long been said to want to remove themselves completely from all home hifi and not just AV. They were rumoured to be doing so long before they dropped TV manufacturer and it was said this was because they make substantially more from in car entertainment than they then/now make from home audio. You've only to look at the direction they've taken in regards to using D Class amplification to see where most of their development funding goes. D Class amplification is something regarded as the norm when it comes to in car audio systems.

I don't believe I've ever owned any Pioneer kit, but I've always seen them as a very high tier firm. Whether it was TV's or AVR's, they more often than received very favorable reviews. It'll be a pity if they do leave the sector, but it appears to be the trend in recent years. Whether the Kuro era and Panny's VT/ZT's are seen as the golden years of AV tech, only time will tell. As Phil mentioned, it's a business and has to operate as one. The enthusiast might happily throw £4k at a 65" plasma, but there's not enough of us buying them to make it sustainable long term.

As a JVC fan boy, I initially found Sony's tactics for the PJ market as a very bold move. Credit to them for filling out their consumer PJ lineup at a price point for all parts of the market though. It was a master stroke to push forward with native 4K units when nobody else has (specifically JVC).

Whilst there maybe very little content available, there's probably enough early adopters who must own the latest tech at the earliest opportunity, for Sony to make it work.

Having said that, I don't know if the VW1100 is going to fly off the shelves in the same way the 1000 did, certainly given the very reasonable price (all things considered) that the VW500 sits at.

I'd hope JVC would drop a big native 4K bombshell once the details of 4K delivery systems are agreed / better understood. Until then, e-Shift3 IMO does as good a job when fed native content, as a VW500 does natively, but that's the fan boy talking again.

Godzilla will be a Blu-Ray buy, but I'm not overly fussed about a cinema visit. IMO Pacific Rim was quite a faithful interpretation of Kaiju antics, and when all is said and done, you cant really take this type of film seriously anyway, can you? Perhaps it's the knock-on effect of films such as the Bourne & Dark Knight franchise, with their darker tone, that make the current crop of monster films look more daft than they actually are, it's all relative. 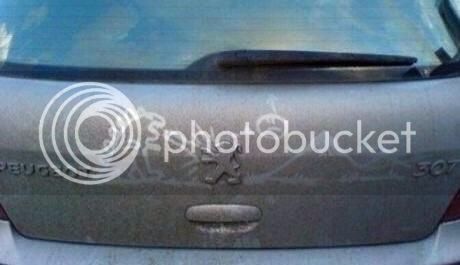 On a vaguely related note, I'm quite looking forward to Transformers #4. Michael Bay's gets a slating for producing big & dumb films, but in recent years, he's slowly but surely taken on board some of the criticism IMO. Particularly in terms of the fight scenes in the Transformers franchise - gone are the ultra close-up 'what's going on, who's hitting who?' camera work, replaced by more restrained, easier to comprehend....silliness. It's all very silly, but good entertainment and they make wonderful demo discs regardless of their lack of critical acclaim.

If you're expecting an award winning, deep & meaningful, thought provoking 2 hours of heart wrenching drama - I don't think films about genetically altered lizards, or giant robots from another planet, are the films to watch .
Last edited: May 21, 2014

Just to clarify, I rather like mindless films (sometimes). Crank is one of my faves and I quite liked transformers.

We'll have to agree to disagree Andy.

Nah mate, it's monsters at dawn.

Cream crackers! Everyone knows that monsters cannot swallow them and one sure fire defence is to choke the monster with a few liberally scattered (unbuttered) cream crackers. They just cannot resist

Another option is to use honey coated breakfast cerial. Simply feed this to a monster over a period of several years until they develop type 2 diabetes
Last edited: May 22, 2014

Whats happend to the rss feeds? mine are no longer working and now cant find a link to point my podcast manager at??

thanx
If youre gonna rise, you might aswell shine...

Let's be honest, the whole Japanese industry is going through a major shakeup and weeding out process right now. Pioneer's days are numbered, Sony too and I'm sure more casualties are on the way.

The only companies who will survive are the ones with large, non-electronics industries to fall back on (Samsung, Toshiba, Panasonic). The "old guard" is changing and we have to move with the times instead of lamenting the "once greats" I suppose.

Podcast: Eyes-on with 2022 LG and Sony OLED TVs, plus the Movie news, reviews and more