Hello and welcome to our FIFA clan.

We are a team where lack of ability is no barrier to entry. 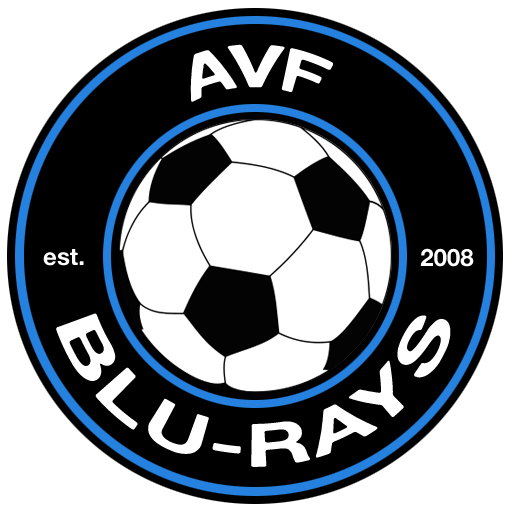 Our aim is to play as a team, have fun and have the desire to win. The club was first established for Fifa 09 when the game mode "FIFA Clubs" was first introduced. We 'peaked' in FIFA 10 when we had around 50 active members and played at least 3 or 4 times per week. FIFA 11 and 12 were less well attended as the clubs element was a little harder to access and some people got turned off. But hopefully this season we can rise again.


We are now recruiting new and old members alike. There is a management committee who will make decisions on a case-by-case basis, but generally everyone is welcome. However, we are a TEAM and therefore expect people to play as one. The only people who ever get removed from the club are those who do not follow this principle.

You can play as little or as often as you like - some players turn up most nights, others appear only once a fortnight. We generally play after 10pm, but you can often find enough people on to get a game going around teatime.

We have some very simple and basic rules regarding team principles, but we can explain these if/as/when they are needed.

Initially we will be playing random friendlies before hopefully arranging proper 11v11 fixtures against other FIFA clubs.

If you want to join just add your name to this thread.

Just a quick one to say hello and thank you for the add. I've added all the names in the club to my friends list. I generally won't play late but if I see people online i'll give them a shout.

Do you switch positions every game or do people have a preferred place to play and stick to it.

up for this as well - "think" i was added yesterday but will check.
My opinions expressed here do not represent those of the AVForums or its associated websites
A

Had a good game with u and Nanope.... Not many chances but that will come when we get used to playing together and that.. AI seems so much better this year.... They defend like a team and makes runs for u to pass to... But could get an handful if people keep pressing the pass button to get the AI to pass to them ( you get this if u play in a drop in game with random players) but hopefully we can work at it like a team

Notice our stamina runs out quick when u start your VP online but that will change dramatically when we put games under our belts.

Anyway I'm usually online nearly all day,so if u ever want a game just give us a shout
Last edited: Oct 3, 2012

What kits are we going for this season then?!
A

We are using Inter Milan kits

I like this years kit..... Just hoping we don't keep changing it during the season
A

Just add me to your friends list and I'll send you an invite.
A

Bogside said:
Just add me to your friends list and I'll send you an invite.
Click to expand...

I did that a few months ago. I believe you were online last night.
I'll send you a message on the PS3.

I'm on the PS3 now and I can't see you in my address book. Do you have different PSN name?

Found it. I'd already sent you an invite!
A

Bogside said:
Found it. I'd already sent you an invite!
Click to expand...

Thank you.
When did you send the invite? I don't think I've seen it.

Not sure. Probably in the last few days. It's still there in my outbox along with other pending acceptances.
A

Bogside said:
Not sure. Probably in the last few days. It's still there in my outbox along with other pending acceptances.
Click to expand...

request sent from DTL84- , when will people next be playing?
A

So when are we going to start playing clubs again proper?

Enjoyed the few games tonight , my first time playing with a team that pass and there were some good moves there

If I ever get online I'll be in touch, send me an invite though Bogside.

I'm updating the links etc in my sig and the Official League will be underway soon so anyone interested in some 1v1 action (that sounds so wrong... ), get in touch.
Love MMA? Come say hello!​

God we were poor last night. No individuals at fault, I just think we need to get back into the swing of things again. We learnt lessons about playing any (i.e. lets not do it if we can avoid it!) but at least we got a few games in.

A big plus for me was that we didn'tspend much time fannying about in the lounge waiting for kick off. That was a PITA last year. (Though the usua culprits aren't part of the team yet)

I'm concerned about how often it kept freezing though. Hopefully EA are aware of it and can sort themselves out. It's a joke at the moment.

It was tough last night, it'll take a while to get back into it and get our VPs to a reasonable level. The freezing was a pain though, it kept happening in regular online seasons as well.
I didn't play at all last year so don't know if it was an issue but there haven't been any freaks yet so good to see EA have sorted that out

Didn't realise you had to make an online pro as well as an offline pro so I logged on earlier.


Bogside said:
I like the fact that it is hard now to artificially level up your VP. I've played around 15 games with randoms (using the 'Drop-in match' option. Played mainly as 'Any'. Very annoying playing with randoms though as there are plenty of ball huggers and shoot-on-sight merchants. But not seen any freaks yet. So I'm definitely hoping that we can get the club up and running soon. Around 6 members signed up so far.
Click to expand...

Unfortunately I played 2 and a half games and became extremely frustrated.

1st game kicked me out after 40mins of the first half with our team 3-0 down due to bellends not passing and I can only assume everyone disconnected when losing.

2nd and 3rd games were identical. I picked the wrong team to play on. The other team passed the ball around and scored for fun. Our team had 10 players as ST and me as CDM. I got my CM position and a few ST's got the defence and GK roles. All of these players were hogging ***** who should be put down.

One match had 2 players who were clearly good at the game but out of spite decided to just dribble around the defensive third and when under too much pressure hoof the ball out of play. Get the ball and do the same again.

We had the goalkeeper playing upfront for the majority of one match.

Apparently the captain can change formation and positions during the game too. Even on a drop in game.

I've played 46 games now (I know cos there's an accomplishment for it) and it's only in the last dozen or so that I've realised that the best thing to do is when dropping into a match to exit if there's more than 3 or 4 per side. There's just no point otherwise with all the idiots on there. If you exit and go back in, then you'll find a small player game where it is much better and you'll see much more of the ball.

I should be around this weekend to get a few games in. Been a busy week. Need to get my pro playing some online games without the retards. Unfortunately in the football gaming world it seems to be more about improving your own player rather than playing the game as it should be played, like a team.

I played for the Blu Rays on FIFA 11 and really enjoyed it. Would definitely like to get back into it once my pro is at a decent standard. I'm an attacking midfielder who signed for Nottingham Forest but was promptly sent out on loan to Doncaster! I seem to have dodgy hamstrings though, which is annoying.

Just reading the comment above about making an online pro. Does that mean that the progress on my offline pro (as mentioned above) doesn't carry through? When I start to play online will I start from scratch again?

Scratch that - just been reading up on it. Hmm, looks like I need to get a virtual pro built and online too. What fun THAT should be reading some of the comments above!
Last edited: Oct 5, 2012
I'm just an ordinary guy with nothing to lose.

I played for the Blu Rays on FIFA 11 and really enjoyed it. Would definitely like to get back into it once my pro is at a decent standard. I'm an attacking midfielder who signed for Nottingham Forest but was promptly sent out on loan to Doncaster! I seem to have dodgy hamstrings though, which is annoying.

Just reading the comment above about making an online pro. Does that mean that the progress on my offline pro (as mentioned above) doesn't carry through? When I start to play online will I start from scratch again?

Scratch that - just been reading up on it. Hmm, looks like I need to get a virtual pro built and online too. What fun THAT should be reading some of the comments above!
Click to expand...

Yeah. But, if we get enough of us going and play more team games then your pro should improve fast enough!