Got rid of Trent eh.

Very solid team though.
Sometimes I pretend I am a carrot.

Trent may not be essential this year and while it looks a very solid squad, Liverpool having to defend their title means that defence will be under more pressure.

Financially I couldn't have afforded him in making the new squad. Bruno Fernandes will appear in it soon enough but that would have to be bankrolled through selling Auba. 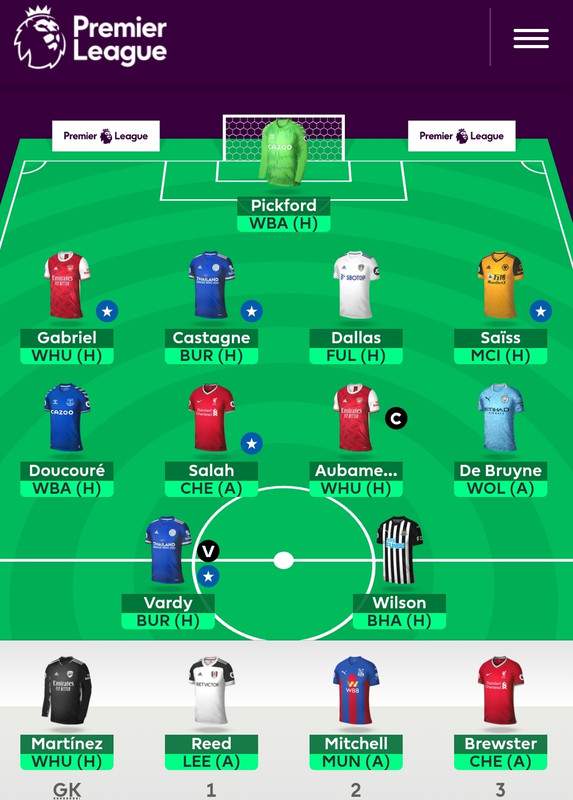 Havertz last night looked a bit "meh" and while Werner will score goals aplenty later on, he's an option should anything go wrong with Vardy.

I do think a lot of wildcards will be played this week.

Anyway that's more or less my punt and I'll be sticking with it!
Calling The Shots

I might get rid of TAA when I wildcard, but it's a risk, he might have some low goal scoring weeks but will make it up when he has his 15+ weeks, and at moment he isn't fully fit. 7.5 is expensive for a defender even if he gets 150+ it's still good value.
Sometimes I pretend I am a carrot.

I had a below average week but not tempted to WC just yet. I’ll leave it a week and use the 2 free transfers before blowing a wild card so early.

Salah saved me from having a very poor gameweek! Aubameyang being the only other player on my team who scored above 5 points.

I'm holding off on City and United for now. I don't think either of them will fly out of the traps. Especially United who I expect to be pretty average going by the last couple of months.

I did transfer out Dele though. Spurs are well and truly in to the Jose slide already

I played my WC in order to get rid of Trent, free up funds for De Bruyne, get rid of Traore and Ings - who were both terrible in GW1 - and also bring in Wilson and and one of the Leeds defenders.

Woodywizz said:
I got rid of Trent too. Which means he’ll keep a clean sheet and score a hat trick this next game week.
Click to expand...

Not sure he's ever scored a pro hat-trick.

I know Chelsea won 3-1 but I wasn't impressed, maybe Liverpool will gain a clean sheet at the weekend.
Calling The Shots

Woodywizz said:
I played my WC in order to get rid of Trent, free up funds for De Bruyne, get rid of Traore and Ings - who were both terrible in GW1 - and also bring in Wilson and and one of the Leeds defenders.

And what about Boom Xhakalaka, amazing start, can they keep it up!

Can't see Douglas playing a part at all. Couple of years back he was hailed by some as the best defender in the Championship.

Doesn't feature at all now, hence the 4m price tag.

At last they have a price for Donny? About time. I'd wait and see exactly where he plays and his potential for points.
Calling The Shots

Forgot to send the money @When In Rome

End of the week I'll look at who's paid etc again.

Remember, Gameweek 2 teams by the deadline 11am Saturday. The fixtures are in a 4-4-2 weekend formation! 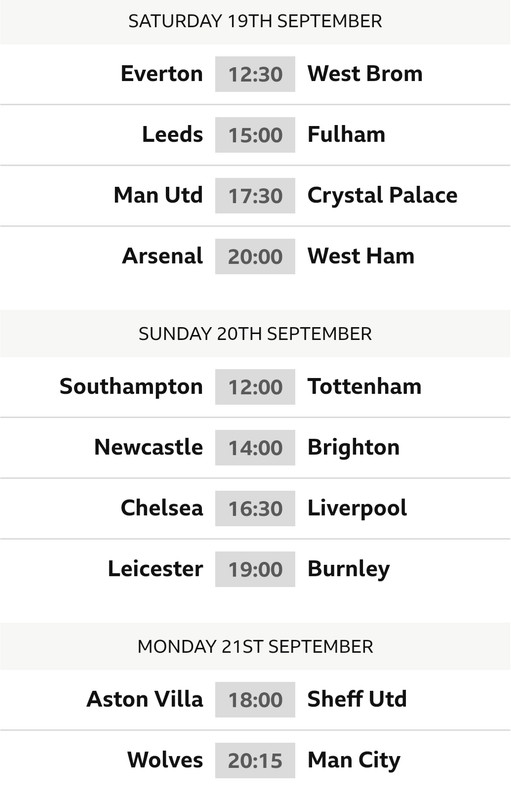 richp007 said:
Forgot to send the money @When In Rome

What's your team name? Not received payment yet, nor these.

Once all fees are paid I'll post a screenshot of the league balance.
Calling The Shots

When In Rome said:
What's your team name? Not received payment yet, nor these.

Forgot yesterday with all the excitement over the damn PS5!!
​
​

kahlua said:
have a feeling his team will be minnies mighty lot.
Click to expand...

You're right you know!
Calling The Shots

Forgot yesterday with all the excitement over the damn PS5!!
Click to expand...

Excitement? I have a PS2. I had a 3 and 4 but sold them because I prefer retro games.
Calling The Shots Not for me really. Spurs have so many problems in other areas of the team. If he played as a ten then potentially Kane gets much better service but overall I'd have a look if Bale went to Man U or another top club.
Calling The Shots

Could @Miss Mandy @YNWA1892 @richp007 and the managers of Allan Allan Allan and Another Year Of Pain please submit their fees today, thanks.
Last edited: Sep 19, 2020
Calling The Shots 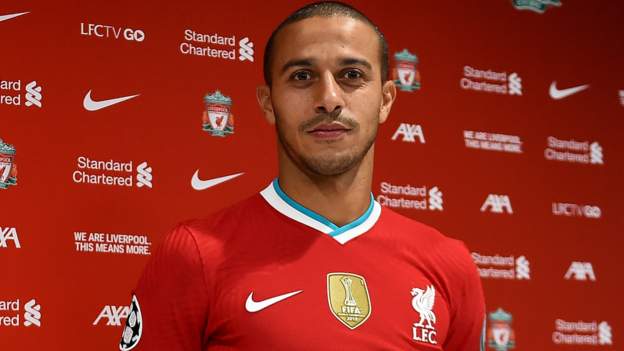 Thiago will set you back 6m which sounds attractive but you don't really know a) what you'll get for your money or b) if he will feature vs Chelsea.

Diogo Jota, if he moves to Anfield, would interest me more at 6.5m although the spin off here is that suddenly Daniel Podence becomes a shrewd investment at 5.5m.
Calling The Shots

Thiago won't return a great deal I don't think. And Jota will mostly be a sub. Podence definitely one to watch tho

I'm thinking Thiago is a holding MF and would not return much more than, Fabinho, say.

You'd be better off long term with a Saint-Maximan.

Jota will sit on the bench alongside Minamino, Shaqiri et al and wonder why he ever left Wolves.
Last edited: Sep 19, 2020
Calling The Shots

Didn't he spend quite a bit of time on the bench at Wolves as well? I'm honestly surprised that Liverpool went for him. £41mil seems quite a lot too

Last season Jota was rotated much more. The price doesn't amaze me, Quality player but at a bigger club like Liverpool, simply won't be walking into the first eleven.
Calling The Shots

Thiago is creative but normally starts moves, only got one assist last season, not worth it in FPL terms.