Interesting that all the midweek games next week were down as BT Sport exclusives but it's now changed to "multiple broadcasters".

So no idea whose fingers are in the pie, will just have to wait and see which games are available for me to watch though I've both BT Sport and Sky.

EDIT: If you click on multiple broadcasters it shows BT SPORT and TALKSPORT which us just a radio station.
Last edited: Sunday at 5:44 AM
Calling The Shots

As the person who set this league up originally many years ago then we always just went with whatever the highest points were that week, regardless of transfers in and out. And it was never ever an issue and no one ever questioned it. I’d still go with this as otherwise - as others have said - it gets far too confusing and also a little bit petty,
Matt
Samsung UE55H8000 | Samsung UE46D8000 | Sony STRD1050 amp | Tannoy HTS101 5.1 | Canon 500D with a few lenses
PSN: Woodywizz
My flickr

There you are. Straight from the horse's mouth, so to speak.

All that other stuff was like a science lesson.

Here's a similar one that wasn't quite a success.

The team behind us in second spot are 75pts behind so needed to haul back some points PDQ. 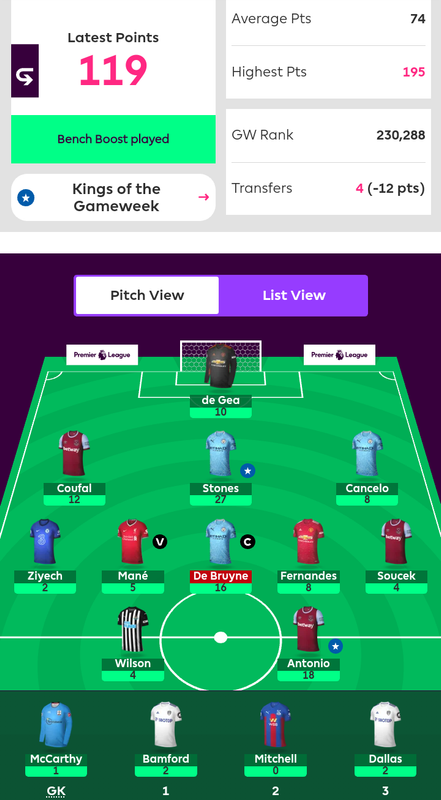 They did a minus 12pts but only managed a 5pt return from their bench.

I'll save my chip for possible future double GW's and they're only gonna happen if there are cup upsets.

It's just Aston Villa at the moment who have the most games in hand.
Calling The Shots

I had an absolutely terrible week. Most of the peeps around me scored 40+ points more. Dropped from 5th to 9th.

TayWax said:
I had an absolutely terrible week. Most of the peeps around me scored 40+ points more. Dropped from 5th to 9th.

Still top in my work league but my lead has been cut massively
Click to expand...

Hang in there. I usually win three leagues a season. It's probably because I panic a bit and try too hard is why I haven't cracked this one yet.

I just had a lead cut from 80 to 30 in another league but wildcarded to fend them off. What do you think of this team? 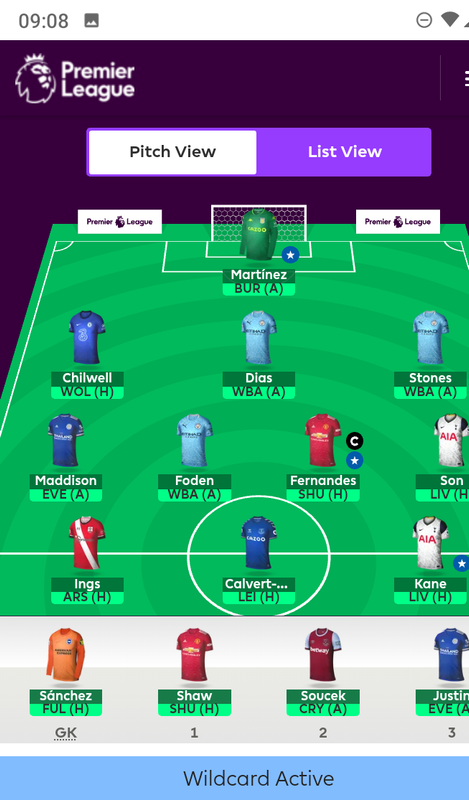 This is one of those times where you can't whinge about crap scores, players not showing up or anger at the weird results, you can only sit back and laugh at the crassness of it all.

The team I posted above which looks world beating has mustered twenty nine points.

This after the laughter and duck squeezing, not that I listen to the sh*te station you understand.

The entire world captained Bruno Fernandes and is having a jolly good laugh at them.
Calling The Shots
You must log in or register to reply here.