"Turkey coup: military attempt to seize power from Erdogan as low flying jets and gunfire heard in Ankara and bridges across Bosphorus in Istanbul closed"

About time to get rid of the biggest isis supporter, his been well protected by the west but it's people are getting sick and tired now. This is fantastic news for Syria, Russia & Iran.

Not sure if it's an attempt now or if they've been successful in taking control. Differing stories coming in, but I think it's a complete takeover. Seems the military want to restore democratic rights that have been eroded under the current regime.

Real show of force from the military

Advice for travellers from the foreign office: 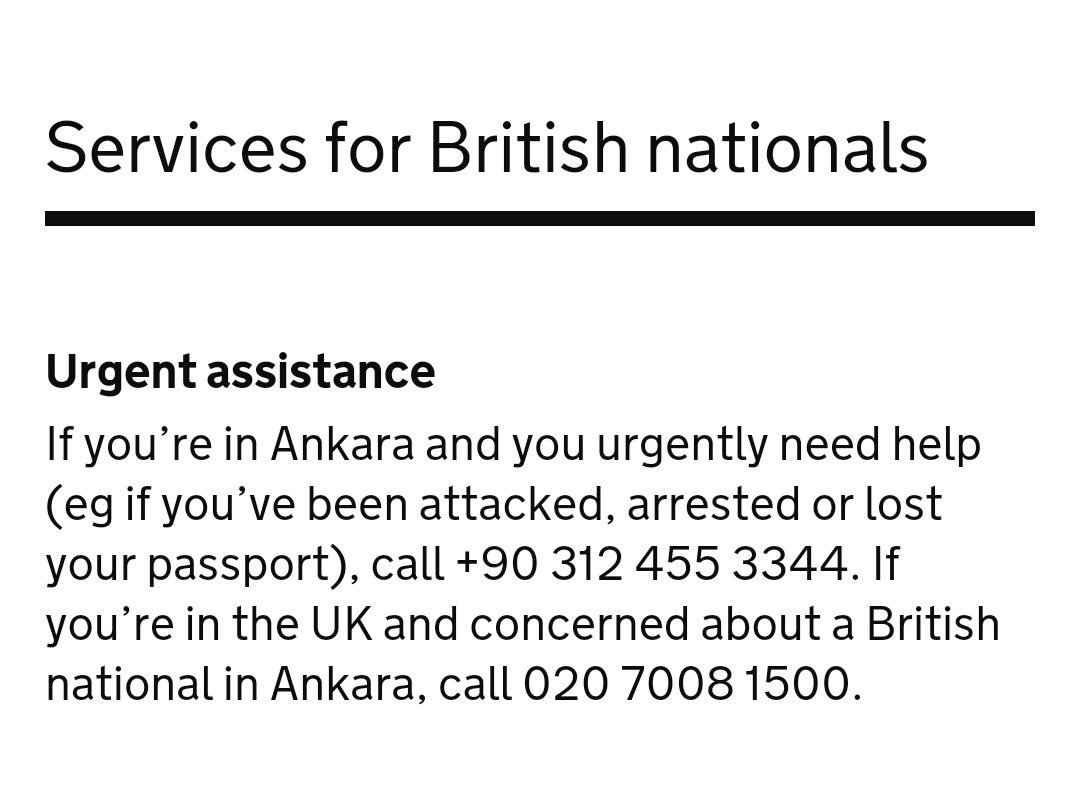 I hope you're joking. You have defined everything wrong with western policy for the last 100 years. Supporting military dictatorships over democratic institutions (whatever level at) will not and has not worked for the last 100 years. This is the primary reason for terrorism since the 60s!
Do you think the majority of people that voted for Ergodan are magically going to start supporting military?
And then there are the same people cheering on the military who ask why democracy has not allowed to developed in the Islamic world. If has never been allowed to develop and mature. It has always been hindered at the elemental level.
Yes, it's not perfect in Turkey, but they have be allowed to mature and develop within the confinement of their own culture.
Others above state Turkey is the biggest supporter of ISIS. Then explain all of the suicide bombings that have been carried out by ISIS (and Kurdish separatists).

@Naqv the current regime have been arresting journalists and people who openly oppose the government. Turkey was at one point a decent secular democracy, recently it's been going down a dodgy path. Hopefully, this all ends well.

Who exactly are behind the coup?

I see people here saying about time since the Turkish support ISIS, but elsewhere I'm reading that it's an extremist Islamic group who are behind it.
Love MMA? Come say hello!​

Seems to be the Army but excluding the top ranks like generals some of whom are reportedly hostages.
Think I'll just let the mystery be

DrPhil said:
Who exactly are behind the coup?

I see people here saying about time since the Turkish support ISIS, but elsewhere I'm reading that it's an extremist Islamic group who are behind it.
Click to expand...

The President seems to be either in a hotel room or private jet seeking asylum which Germany has refused.
Think I'll just let the mystery be

RiceRocket said:
The President seems to be either in a hotel room or private jet seeking asylum which Germany has refused.
Click to expand...

RiceRocket said:
Seems to be the Army but excluding the top ranks like generals some of whom are reportedly hostages.
Click to expand...

Probably because Erdogan replaced the top brass with those loyal to him 2 years ago.

If you want to go back a hundred years as you're want to do then how about the 1.5 million Armenians that Turkey killed. Western policy is seriously screwed as long as we ever considered Turkey as a member. Human rights in Turkey are and have always been appalling and Erdogans attitude is equally so. Grow up.

Doesn't look good if reports from AP news are true:

We have a place in Turkey and my dad is currently there. Not anywhere near to Ankara or Instanbul but I heard from him earlier and all airports are closed and tanks on the streets. Doesn't sound too good really...

Looks like the coup is pretty much over, Erdogan is landing in Istanbul. However, still ongoing crap in Ankara.

News here in Oz reporting it is 'definitely' under control - the police have apparently taken on the military to take back control.

No doubt it hasn't exactly ended but the government claim to be back in control.
My opinions expressed here do not represent those of the AVForums or its associated websites

Turkey continues to exhibt a dodgy culture and behaviour but enjoys a disproportionate level of acceptpance because of their geographical position. They are a member of NATO (so was this a NATO coup ) and there are suggestions of preferential EU membership or benefits - and this is mostly down to the border they share with the Arab world (Iraq, Iran, Syria).

So the Western World seems to be happy to turn a blind eye to Turkey's dubious history and culture because of its strategic geographic position.