I have recently finished building my lounge cinema and installed an Atmos receiver in a 5.1.2 configuration. I have a set of B&W DM601's that i would like to use as the overhead speakers but would need to make new enclosures for them to incorporate an angle as they will need to be wall mounted and toed down. My initial design idea will reduce the volume of the enclosure by about 30% - am I heading for trouble here? I'm hoping someone with speaker building expertise might read this and advise!
Cheers

Here's where they need to go for some context.. 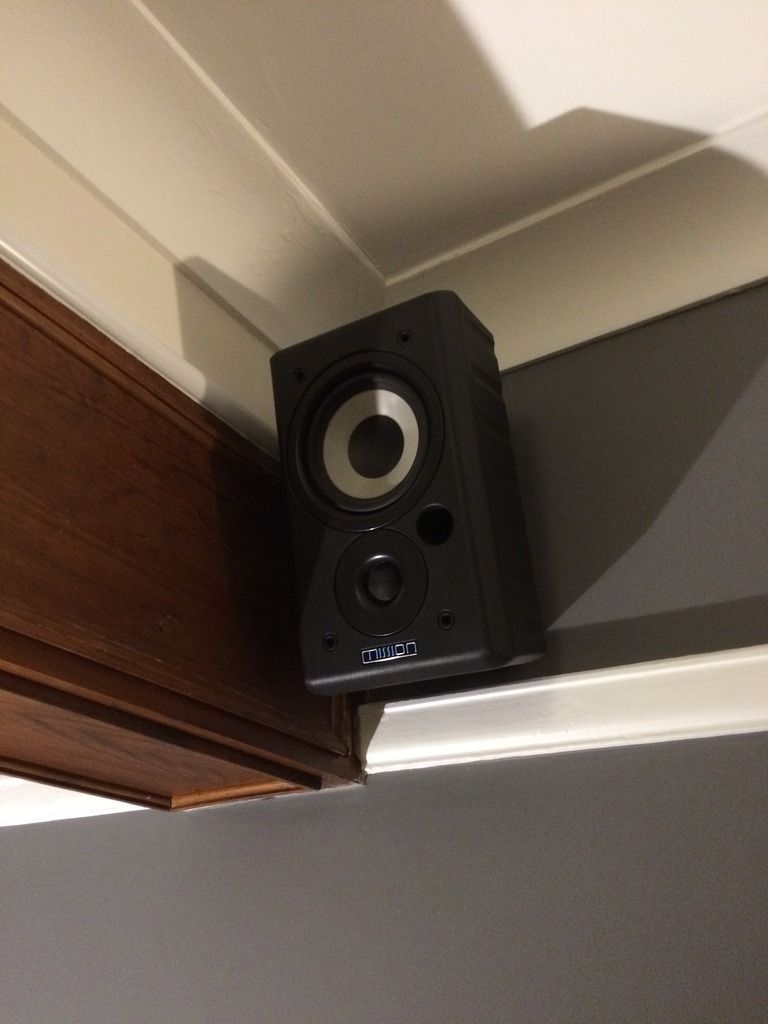 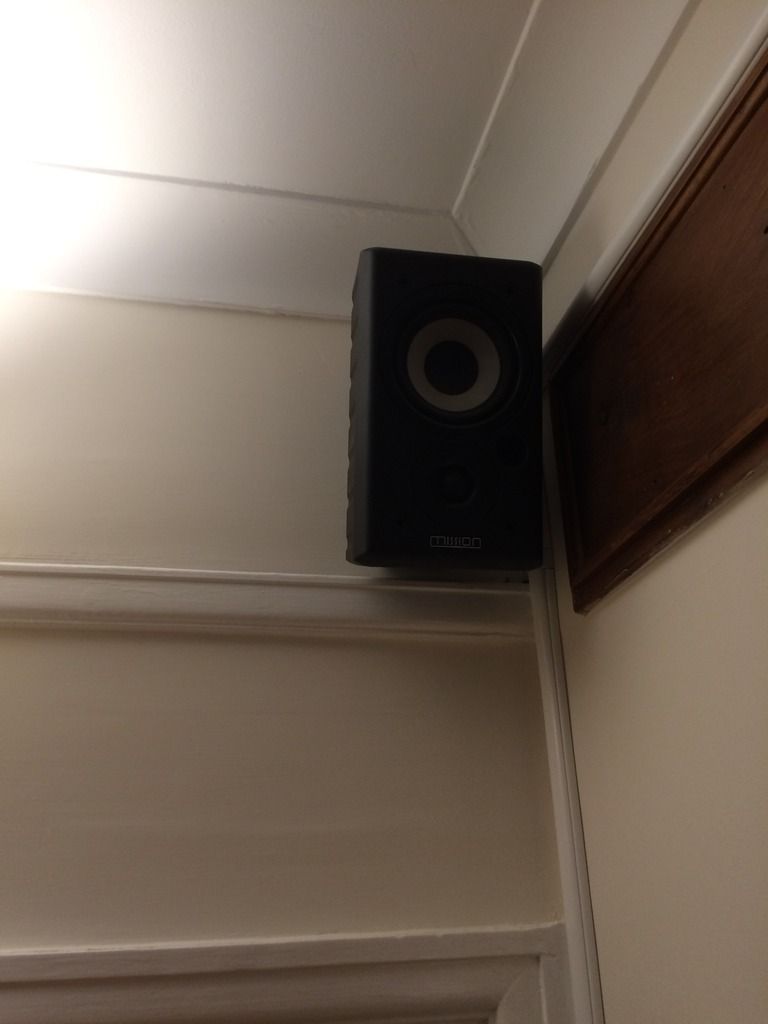 I appreciate that this is an old thread, but can I ask if you went ahead with your plan?

I did not proceed with this any further than drawing up an angled enclosure which I then made a template from to test for size and position. I concluded that they would be ridiculously large for my application so canned the project. I ended up with a pair of LM1's in place of the Missions which improved the sound field no end due to being at a much steeper angle - they're still there now and I have no plans to change them. My spare 601's now live in the shed

Hi Simon...sorry I missed your post...I did not get notification of your reply.

I still plan to make at ceiling speakers from the 602 and 601 speakers...and hope to make a start over easter.

I have run the cables and fixed up some threaded rod to mount them up to the ceiling so just the boxes to build and finish.

I am going to reuse the b&w plastic baffle moulding, and retain the original cabinet volume even with the shape changed, so yes, will be fairly large, especially the 602's. No issues over WAF as its in the cinema not lounge so no grumbles heading my way.

Shame the 601's are in the shed... they still sound great and even fetch surprising money on the bay.

I will post some pictures once done....I have not as yet found any diy "at ceiling" threads yet.

Hi David,
Funnily enough I’m now considering modifying the 601’s to be on wall side speakers for 7.1 as I will be moving house in summer and will be lucky enough to have a dedicated room I’ve been on the lookout for a nice set of DS6’s but nothing is coming up so started thinking outside of the box so to speak! The ones in the shed are very much in use by the way - on my old Denon amp for DIY sessions. I’ll be keen to see what you come up with for sure.
Marantz SR7012 - ROTEL RB-976MK2 - 7.1.4 - B&W DM603 Front/LCR6 Centre/DM602 Rear/DS3 Side/CCM65 -LM1 Atmos - Optoma UHD51 - Sky Q - CA CXUHD - ATV4K - PS5 - Home brew sub Building the MKII - Simons Cinema Room Build

I did some time ago look out for a pair of DS6's but they have always fetched big money for what they are...seem to fetch £250-300 for A1 condition which in my mind is nuts.

What about using two CC6's? Not as flat to wall as a DS6 is, but probably much better sounding. Having said that, if you rehoused 601's in teh same volume, they could be quite slim and you could even do beveled sides and just have the mid/tweeter on the front.

I will see how my boxes turn out - given they will retain the internal volume (as far as possible/practical) they should retain their sound.

I just want the speakers to use as front high and rear high - at the top of the wall, and not mid ceiling which the DS6 may even work well at - it would certainly be a less focused sound I expect.

Its all good fun - just wish there were more days to play... life and work always get in the way.

I finally got my B&W DIY speakers assembled - after making the cabinets at Easter, it took until this weekend to get them assembled and up!

I am very happy with them, thus far, not that they have had much of a play.

Thankfully they retain the original B&W sound... which is not surprise I guess, as I tried to match the internal cabinet volume as the originals, but with the sloping front.

I reused the B&W molded plastic baffle - given that the grill plugs into it and the tweeters are a push and twist mount into it, plus the woofer has the mounting ring....oh, and it makes them retain their original look.

Easy enough job - and mounting them with some 8mm threaded rod into the ceiling - t-nuts fitted to the top of the speakers so the rod just threads in - and four large "pads" on the top where it meets the ceiling to ensure no rattles.

I made two pairs - one for front (DM602, first three images) and a second pair for rears (DM601 last image). The 602's I bought used and they suffered cabinet damage due to the numpty that sent them with insufficient packaging thus "butchering" them as the first pair did not hurt!

Anyway - nice to have them built, and match the other B&W's around the room and very surprising that there are not more DIY ATMOS ceiling speakers around. That was a lucky find.... you never know what CC have.... I would have thought these would have been too specialist for them to punt, but hey, you scored!

At least with the way they are assembled, they could all go back in their original cabinets if required.... and no harm done.

I am surprised that there are not many atmos type ceiling speakers in the diy arena.... a few around but nothing much.

Penicuik Weather Station - http://weather.penicuik.org
You must log in or register to reply here.