Bought my first system with my first modest budget in 2015, consisting of KEF LS50 speakers, an Arcam FMJ A38 and an Arcam irDAC - for a relatively large loft-style room. I haven't changed anything since then and I have liked the setup a lot for many years. (I'll never forget how, the first evening I got the configuration up and running, my Rolling Stones-loving, non-audiophile wife realized for the first time in her life that there's a piano in "Sympathy for the Devil" which says a lot about the low sound quality we are used to being fed through mainstream channels...).

However, through the years, I've found them to be so detailed, that even in low volumes, they make it difficult to use for background music, f.i. when friends are over for a relaxing diner. Has anyone else experienced this?

Sadly, I do not have the time (nor the budget, to be honest) to experiment with other speakers or other amps... I did get the chance to have a tryout with ELAC BS403s (the pre-VELA ones) a while ago, which was great, but they were paired with an LFD amp, which is absolutely out of my reach.

A second issue is that because of the fact that so many connectivity options have become mainstream in recent years, that I've had to add a WD TV streaming device and a Bluetooth dongle. It's all working perfectly, however getting the whole thing up and running (+ the low sound quality of these addons) has become such a pain in the *ss after a long working day, that I find myself listening less and less to music on my system. Simply hitting the power button and having music playing in 10 seconds has become something of a luxury... Having these options integrated in my amp would probably be a nice solution in terms of user-friendliness and comfort.

For the same reasons, I do miss having standard radio channels, be it FM or DAB/DAB+.

An integrated CD player would be nice, but no must. Same goes for internet radio: welcome but optional. I use the streaming device for my own collection, but do not make use of any other third party service like Spotify or Tidal.

I know I'm not the first person asking for advice, but I've found myself to be completely lost in thousands of options and reviews for months now, and was wondering if someone could give me a lead: should I get rid of the whole thing? Should I simply add a streaming device with integrated FM/DAB+ and Bluetooth? I guess this wouldn't solve the problem of the "too detailed" sound.

I've considered going for a downgrade to an all-in-one system like the Denon D-M41DAB, but I fear that the loss of quality and power compared to my current configuration, would be an extremely huge sacrifice...

If you are keeping the KS50’s then downgrading to an all in one like the Denon would not be a good idea, the LS50 need a decent amount of power and current to drive then which many of these all in ones don’t have. Some of them claim higher watt figures but you need to read the soec in detail as they are often quoted at 1% or even10% distortion and at 6 or 4 ohm load both of which inflate the Watt value.

For background music even a mono bluetooth thingy would do imo. Something you can just place here and there and stream music from.
For serious music listening move to your 'detailed' system. I mean surely you have some guests who like a good listen, no?
Panasonic TX-50HX820E (TV), Rega Aethos, Davis Acoustics Nikita 30, Yamaha YST-SW030 (sub for TV), PS3, Technics SLJ300R (vinyl), Rega Fono MM, Technics SL-P250 (dead CD player ),Marantz CD 60, Technics RS-X990 cassette).
L

@Ugg10, I think it would be a shame indeed to downgrade to the Denon, purely out of connectivity considerations...

Maybe I should get rid of my conservative ideas. I could store my CDs in a cupboard + put away my old-fashioned Bluetooth and FM/DAB aspirations... The price of upgrades for a CD player and a radio upgrade probably equal several years of a Tidal Hifi Plus subscription...

I started this thread thinking I had it all worked out, but your SuperUniti suggestion might be worth the try @Ugg10 . I could combine it with a good streaming service as mentioned above.

Further on, @Flobs , I agree completely about the good listen however I'd still like to get rid of the connectivity issues and then, again, the SuperUniti might be a good compromise.

Not sure what the issue is - am I correct in thinking that the only essential things missing from your current Arcam + Kef LS50 setup are good ease of use in selecting your audio and standard FM & DAB/DAB+ radio stations?

What device(s) have you currently got hooked up to your irDAC and for what audio source(s) exactly?
Are you referring to UK radio stations, BTW?
Last edited: May 29, 2022
L

@Cebolla , thx, after months of research and doubt, my thread was outdated in only a few minutes, thanks to the replies above.

I'll probably try to sell the A38 + irDAC and change for a streaming device with integrated amp. I'll probably look out for a second-hand Naim Uniti Atom (at WhatHifi, this device is explicitly mentioned as a good combination for LS50s). By doing so, I could still add the Pioneer 704 CD player as suggested above by @Ugg10 .

For connectivity I've come to the conclusion a computer and a DAC is the answer. Then you just have to update software. Becareful with operating system and options for example Win 10 through HDMI is a pain if you have a laptop as streaming to your TV is reduced to only DVD quality audio if it goes through windows controll panel so a desk top is a better option where you have a coax and optical out (priveledge optical for numberous reasons).
Panasonic TX-50HX820E (TV), Rega Aethos, Davis Acoustics Nikita 30, Yamaha YST-SW030 (sub for TV), PS3, Technics SLJ300R (vinyl), Rega Fono MM, Technics SL-P250 (dead CD player ),Marantz CD 60, Technics RS-X990 cassette).

You might find that the size of your room is too large for the LS50s and that consequently the bass is not as it should be and that therefore the rest of the higher range is over presented in comparison.

The Marantz NR1200 may be just the thing, and by adding even a modest sub, such as the BK Electronics Gemini, or XLS200 you should find a useful improvement. 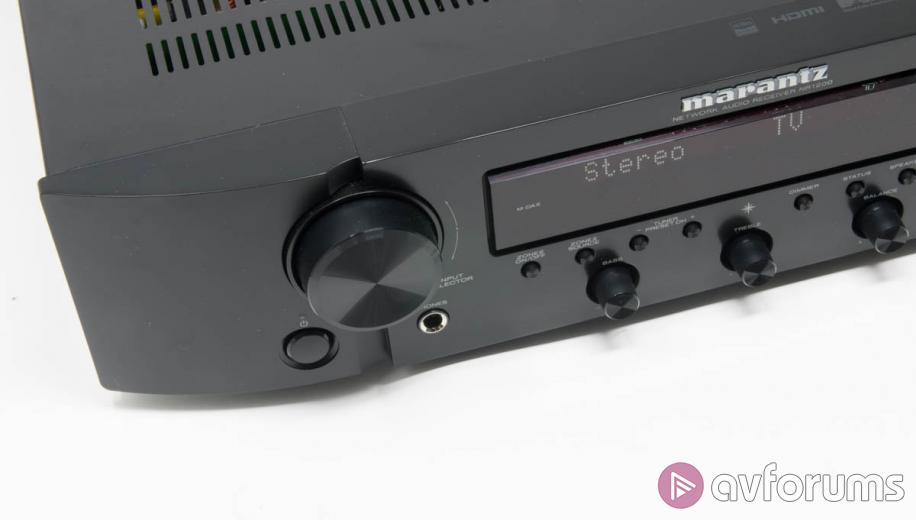 The NR1200 is a stereo amp that does more. A lot more. Is this the perfect piece of affordable two channel or just a little too complex for its own good?

looking said:
through the years, I've found them to be so detailed, that even in low volumes, they make it difficult to use for background music, f.i. when friends are over for a relaxing diner. Has anyone else experienced this?
Click to expand...

My advice is to trade in the amp for a Bluesound powernode and add a decent small subwoofer.

Will give you easy streaming including internet radio, drive the LS50s just fine and makes the system far more balanced with the addition of the sub.

Use the tone controls to cool the treble a little bit if you find it distracting. Probably adding a sub might mean you don't need to however.

Suggest you also consider a Lyngdorf TDAI1120 which you should be able to find on eBay somewhere close to your budget. It will provide streaming, internet radio and various EQ options they call voicing. Perhaps 'Relaxed' will do the job for background music...
C

the dm41 dab would be a HUGE downgrade on the a38 system . not worth doing
L

dogfonos said:
Yes. I suspect any decent-sounding system playing music that emotionally engages the listener will distract. In fact, I get distracted from my supermarket shop in ASDA when (very occasionally) a good tune comes on - and their playback system is nothing special. Try playing crap music.
Click to expand...

Playing crappy music could be the most budget-friendly solution I've read so far in this thread. Getting rid of friends with whom I am having crappy conversations, to make sure I stop concentrating on the background music, might do the trick as well.

@Paul7777x @gava Adding a sub is what I considered before to streamline the treble to my room environment. The Gemini's budget seems fair enough to at least give it a try.

@Ugg10 What's your experience with the bass on the LS50 Wireless II? Would I still need to add a subwoofer?

Also, thx to you all, this thread is hardly 24 hours old and already I've been able to seriously narrow down my options. Great community. Thx again.

A sub would help with the LS50wII as it only has a 5.25” woofer but it has a bit of help from a 280w amp. I suspect it has a bit of DSP added as it is rated at f3 of 45hz which is very good for a relatively small woofer. However, the bass will be better controlled with the amp acting on the driver directly and so initially it may sound as if it has less bass but as your ears acclimatise you will feel the benefit of more accurate bass.

I completely understand your situation -- and can definitely recommend that you do not downgrade to the Denon -- it just won't drive the LS50's (I know -- I have them and tried). Before I upgraded my LS50's and Denon AVR I used an Arcam AVR390 to drive them -- which can handle 4k HDMI but still produced really nice music -- and was very happy. Now I use the Arcam mostly as a video switching receiver -- and use a Mcintosh power Amp to drive Aerial Acoustic 6's -- I've finally found the sound I love. My only issue (and its a big one) is that the Arcam's don't manage HDMI Arc well -- and my wife is not pleased when trying to watch Netflix (although she loves the sound)...
You must log in or register to reply here.

B
New Speakers, or new system?
2