Any Once and Done Two Screen Config 'Apps'?

Hello - like many I have two screens hooked up both via HDMI to my PC, a 24" 1080P monitor for general work (Office, email, browsing, etc etc) and a 55" 4K TV for gaming. I only Game on the TV, usually racing games with a rig and wheel but sometimes controller games. I do not game with mouse and keyboard.

I would love to be able to have it so that all games run to the TV and all other stuff runs to the monitor.
But despite a lot of googling I can't find a suitable 'apps'/utility/way of doing this.

I can set one screen to be the primary and then everything starts there - even games though. I can move games that start on the monitor to the TV (Win-shift-left) but given the screens are different resolutions Windows moves it to the TV at the wrong resolution .

Steam Big Picture is a great help as you can configure it to run all its games to the second screen; but even then all it does is temporarily set the TV as the primary display and thus if you open an app after you have started steam e.g. chrome, it opens on the TV rather than the monitor.

The other gaming services are even worse (GOG and EPIC) as they have no ability to set the default screen to use for gaming.

I really can't believe that with screens so 'cheap', and that so many of us have two, and with PC's at home used so much for gaming, that this hasn't been 'fixed'.

Surely there's a way to have all games run on the TV and everything else run on the monitor? Or configure it per application/game??
Last edited: Jul 12, 2021
Regards,
XBL=rhodos, PSN=lindos, TV = Panasonic 55GZ950, AVR = Yamaha RX-V467, 5xWharfedale + BK Gemini 2 Sub
F

Ultramon is recommended for this when I searched but isn't free, there are some alternatives which are - cannot recommend any one specifically as I dont use any of them but hopefully gives you something to consider.

As you’ve said unfortunately a solution doesn’t seem to exist, presumably because it’s still a niche market and not a simple thing to implement.

I think the best think you could do is just get used to and quicker at switching outputs using the hot key (windows + P I think), which is still quick in the grand scheme of things.

Personally, I run the same setup and just using “duplicate” screen rather than extend. Takes up no more grunt work on the gpu, so all I have to do is turn my tv and I’m good to go, and has no effect on my monitor
Occasional dabbler in building stuff, often influenced by shiny new things. 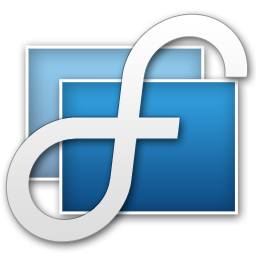 Is another option for these kind of features and can set up automatic positions for applications., it can get pretty complex, take a look at their manual.
R

Thanks for the pointers. DF didn't have this function (I checked with the very helpful developers).

So what i did was
1. wrote (thanks internet) a short .bat script that switches to Display 1. Then wrote another for display 2.
2. Put shortcuts to these on my desktop. I put each on each desktop, so I can do the switch no matter what screen I am working on
3. I assigned each to a keyboard shortcut also so if mouse isn't at hand I can hit ctl-shift-1 etc
4. Finally I also put a copy of each shortcut in the home menu folder so i can use that menu if the screen is hidden. Of course being that way inclined I gave one a nice TV icon and the other a nice Monitor icon

So I have keyboard shortcut, desktop shortcut, and start menu icon. Not bad.

A little further noodling and I have those shortcuts on the taskbar now. Not as easy as it sounds but all sorted.
Last edited: Jul 15, 2021
Regards,
XBL=rhodos, PSN=lindos, TV = Panasonic 55GZ950, AVR = Yamaha RX-V467, 5xWharfedale + BK Gemini 2 Sub
You must log in or register to reply here.