Another good night at Camera Club

Last night at Camera Club it was the judging for the fourth merit slide competition, the last one of the season. Last time I entered I did quite well and posted here about it.

This time I entered four slides in total, the maximum allowed. Two of them unfortuantely did not make it through to the shortlisted 7. These two were: 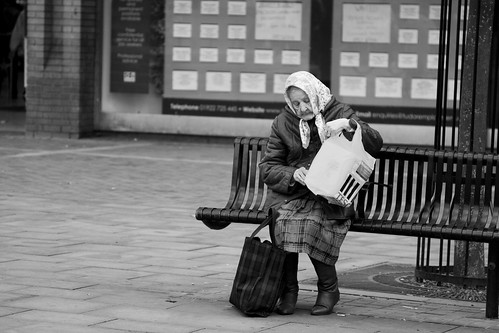 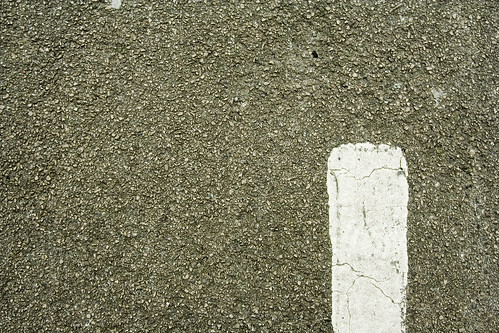 The first nearly made it as the judge commented on it being a good 'story telling' image which was well handled and composed. He did criticise the slight blow out on the Tesco bag (fixed in the image above). The second kind of stumped him a little (which was my nefarious intention) but again he praised the composition and also commented on the nice textures.

The two that made it through to the final 7 (out of about 30) were: 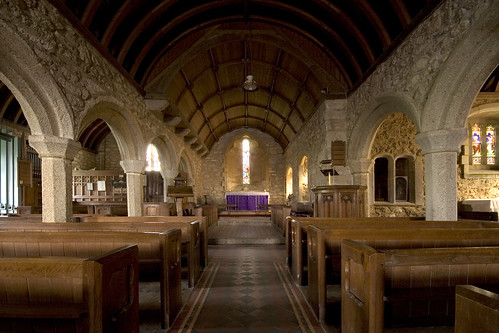 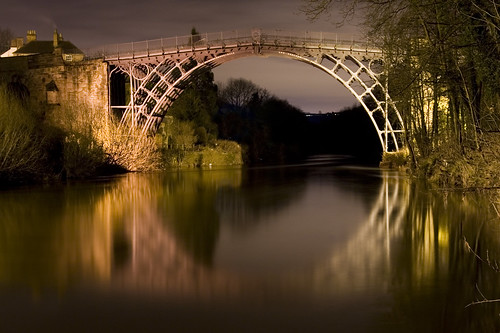 On the first one the judge commented how nice the composition was and that he doesn't see many Church 'interior' shots and he liked the way the entire image led toward the purple cloth and the bright window at the end of the Church, he also liked the arches. This was given a Highly Commended (4th)

The Ironbridge shot I have always been pleased with and on the first run through of the entries I felt that it might do well, especially from the reaction of those attending when it was first shown. The judge said that it was one of the best pictures of the Ironbridge he had seen and he raved about the smoke coming out of the chimney in the top left as well as the reflections in the mirror like water. This shot was placed 1st.

Again, I am absolutely chuffed with how the images did and now, I have entered two and won two. My point accrued should place me about 5th overall in the competiton and considering that I have only partaken in 50&#37; of the competition I am well pleased.

These have all been entered in the intermediate section, link to results here and though I have done well, seeing some of the stuff that was entered in the advanced section I realise that though I am probably able to enter in that section my images just couldn't compete at that level at the moment. So intermediate I shall stay until they tell me otherwise.

I would advise anyone to give their local camera club a go, they can be a little cliquey but you get so much out of them from seeing all these different images and getting one to one feedback it is well worth it.
Samsung Galaxy S3
Flickr Blog

Very well done steve. I can see it not being long before you get booted out the intermediate and placed into the advanced to give everyone else a shot though!!!

Congratulations Steve. It's well deserved the winning pic is a corker, as are the others. The larger versions on flickr are well worth a look.
--
No, I'm Alfie Noakes. My Flickr
V

Well done mate,How do they react to the new boy blowing them all away?

How do find out if theres a club nearby? are the listed or something/part of some national body.

Anyway, worthy shots and I agree that you'll be the advanced class rather soon
M

For me its the church.....wow excellent picture. Nice work. Think I might have to have another look at your flickr site.

The title says it all
Well done
As suggested .. you might soon be banned from entering the "adult beginners" comps
S3Stuff

@ allymac123. Yeah, the details do make a big difference. In the advanced section last night the quality of entrants was so high that the judge was discounting images on the smallest of issues like focus or depth of field not being just so. It could be quite disheartening unless you are prepared to take what the judge says as his own personal opinion and just that.

Thats the beauty of it really in some ways, at the end of the day you either agree or disagree with what they say. I found myself shaking my head at some of the comments he made and agreeing wholeheartedly with others.

@ vulkan75. There is a list here. The bigger list here seems to be out of action but there are reults in a Google search of Camera Clubs South Wales

I like the shot of the church, exposure spot on, well done Steve.

I've seen dome of your Ironbridge pictures before, but they still blow me away - the light and reflection are top notch.

The church has great symetry - my only criticism (dare I!) is that the purple cloth feature is too far away / small. Ok, if you zoomed then you'd probably lose the pews....Maybe you could have pulled the purple feature forward just for the shot and then put it back
I'm loving the road shot. Simple yet very effective with texture.
Not overly sure about the old woman though - good picture but the other 3 really do it for me.
Canon 40D | Canon 70-200 f4 L | Tamron 17-50 f2.8 | Sigma 50 f2.8 macro

The bridge is fantastic, i love the blured reflection in the water

Congratulations Steve
The Ironbridge is a great shot. Really well composed with excellent detail. I loved this when I first saw it. A deserved winner there mate

Steve, the Ironbridge shot is truly superb. The lighting is excellent.

Nice work Steve, glad you're enjoying the club - Sounds like fun, if a little formal. I might have to look at our local club to see if they do anything similar.

Also pleased to see you put in a signature minimalist shot.

GaryK26 said:
The church has great symetry - my only criticism (dare I!) is that the purple cloth feature is too far away / small. Ok, if you zoomed then you'd probably lose the pews....Maybe you could have pulled the purple feature forward just for the shot and then put it back
I'm loving the road shot. Simple yet very effective with texture.
Not overly sure about the old woman though - good picture but the other 3 really do it for me.
Click to expand...

Of course you may Thats what it's all about, differing opinions on the same shot. Thats why sometimes the single judge competitions could be a bit frustrating as something a little different will either attract or not, it's all down to personal opinion at the end of the day

Thanks for the comments
Samsung Galaxy S3
Flickr Blog

Well done steve, its one thing to post pics on here as in general members tend to offer constructive criticsm and advice how to improve things.

But its a brave man who puts his pics up for scrutiny and judging by professionals, especially as you are there in person to hear one of your pics being picked to pieces, i could not do it

Heres to you
You aint no spring chicken bruv
You must log in or register to reply here.