Alvin and the Chipmunks: The Squeakquel (2009)

My nieces are waiting with baited breath after watching the teaser earlier this year. I don't expect many posts in this thread, as the first film only got 1

YouTube - Alvin and the Chipmunks 2 The Squeakquel Teaser Trailer 2! 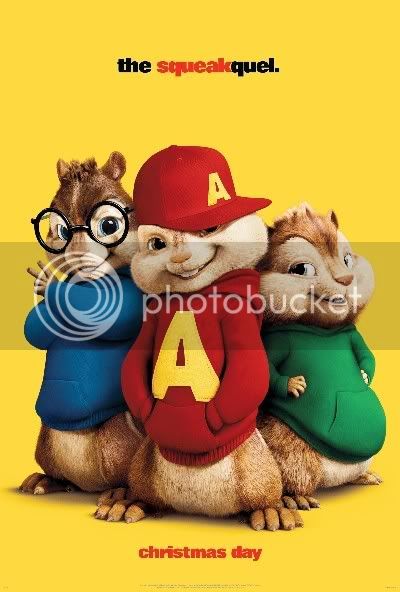 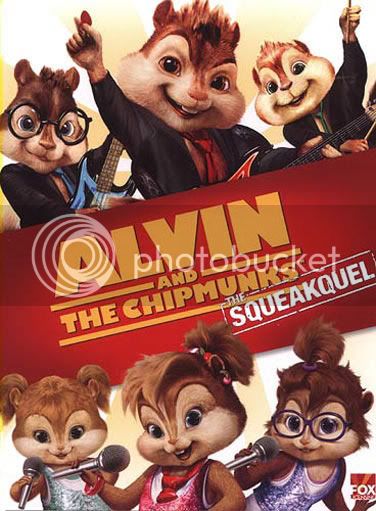 My 9 year old daughter loves Alvin and the Chipmunks and does a pretty good impression of them! She was really excited to hear a 'Squeakquel' was coming out too
Last edited: Oct 2, 2009
AVForums Calibrators Map Profile​

My little girl is 4 and loves them. Her cousins 3 and 5 popped round at the weekend and they are now fans too. What's not to love about talking animals.

Sure it keeps them happy for an hour and a half


....can I say I think the quality on the first one is excellent.....so hence my reason for watching it with them
Dedicated Home Cinema Room

I've got to say the first film was just too childish. Granted it's a kids film but they could quite easily tone the cheesiness down a bit and make a better film for the whole family.

The girlfriend will probably want to see this as it was her that wanted to see the first and liked it, so I'll give it a chance but I don't expect them to rectify their mistakes.
Live/PSN - CASgamer398
My Setup & Website
IMDB Vote History
B

beastofrock said:
i must admit i quite enjoyed the first one after picking it up cheap on blu ray for my little sister
plus it has jason lee in it which for me is always a bonus
Click to expand...

I'm 28 and ever so slightly ashamed to say I caught this on Sky and thought it was pretty funny. The Mrs enjoyed it too. I suspect the sequel may go the same way as most and not be as good as the first as is often the case with these films - a sequel is an obvious quick cash since the first one was reasonable and obviously made some money.
Sony KD-55X8509C/PS4 Pro/Xbox One X/Nintendo Switch/PS3/Vita/ASUS ROG HTPC/Astro Mixamp/SennHeiser HD595/Sony MDR-1R/BOSE QC35/Logitech Harmony One/Galaxy S8/DELL XPS 9560
PSN: mudstuff_psx XBL: mudstuff Nintendo ID: mudstuff
D

Thanks for the heads up hate to admit it but I want to see this.
You must log in or register to reply here.