The devs have tweet the game is finished, so release should be very soon! Localised versions will feature different titles, but obviously the All Black edition is the definitive one, being world champions and all

I, for one, look forwards to recreating events from the RWC2015 such as:
- Knocking the poms out in the pools
- Beating the saffas with Japan
- and crushing the Frogs at the millennium stadium in the quarter finals

All Blacks Rugby Challenge 3 is finished

In the absence news from @trublugames we can say that the game is finished, trailer is made, boxes done, and hope it is released very soon!
Click to expand...

The game has had a change of devs from RC1+2, and now features Rugby 7's as well as Union.

All Blacks Rugby Challenge 3 is set to become the first videogame to feature the Rugby Sevens. The game is also set to feature a host of officially licensed teams, including the All Blacks, Wallabies, and Spring Boks, as well as eleven different rugby competitions including Super Rugby and the ITM Cup.

While there is no official release date currently, All Blacks Rugby Challenge will be available on Playstation 4, Xbox One, Playstation 3, Xbox 360, and PC.
Click to expand... 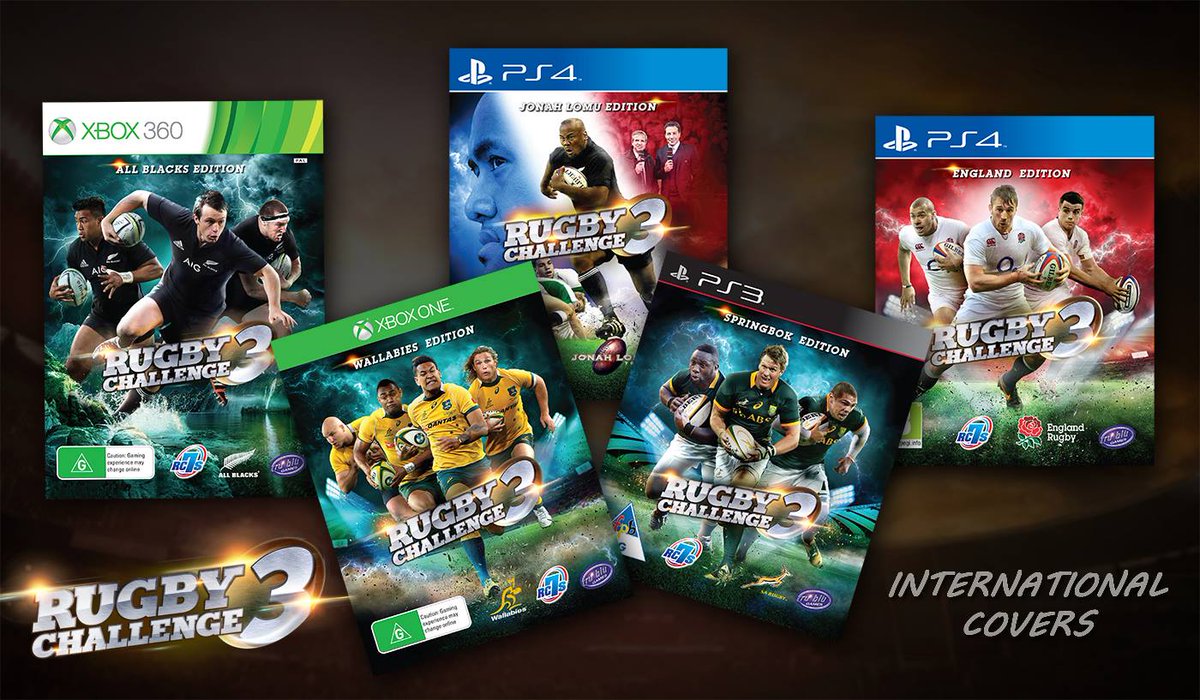 So long as Craig Joubert is not included I might be willing to give it a go!
S

Found these below, i believe shot at the Auckland Armageddon expo last week. Rumour is RC3 is in cert by Sony and MS...

Lomu died at his home in Auckland surrounded by family this morning. He was 40.

Nadene Lomu said: "It is with great sadness that I must announce my dear husband Jonah Lomu died last night. As you can imagine this is a devastating loss for our family."
Click to expand...

Not sure if this will effect branding on some of the RC3 games, but it'd be a nice tribute still, and i might grab the Jonah Lomu branded version if it is produced.

Really crap news to wake up to. Absolute legend. Only 40.

Rip,I'm not a huge fan of rugby but I do remember when he bulldozed through the England team,no one could stop him,such a great player and a terrible shame,and only 40 aswell.
Rip.
Xbl#meweavy
ps4 nextgen-meweavy
cannon fodder for the masses

South African website, MenStuff may have found a clue as to when the game might be coming out. Local retailer, BT Games, released its latest catalog. It reveals that Rugby Challenge 3 is set to come out in March
Click to expand...

Rugby Challenge 3 is coming on April 22

You’ll be able to pick up Rugby Challenge 3 on your console old or new – on April 22.

The game’s feature list is expansive, driven – according to True Blu – by fan requests.

If you're from kiwi-land, then you get it earlier on the 14th April, which is good news for others, as it'll mean some reviews popping out before buying.

I've heard egg-ball is quite popular down-under, so i'm sure the furry-fruits will rip RC3 apart for mechanics, quirks and glitches.

Look how good these men's arses are Don't tell me i'm the only one who's wet at the thought of getting some of that action! 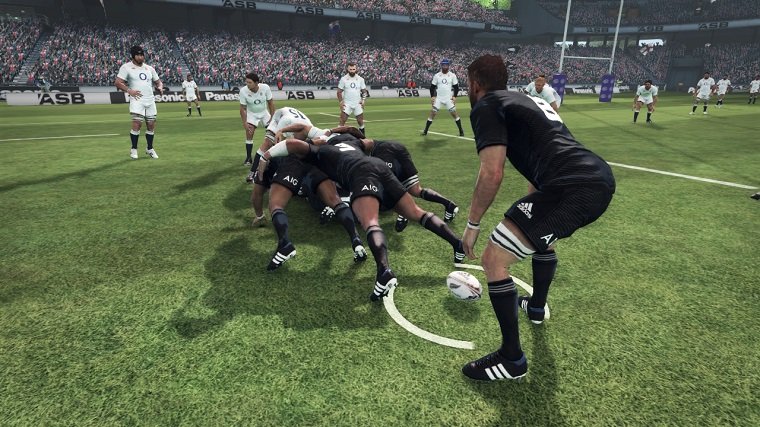 Please be good, it's been so long since there was a decent rugby game.

The screen shot doesn't fill me with confidence.

All Blacks 9 is in the ruck and the Number 8 is at scrum half. The English full back is in on the opposing side

Unbelievably everyone is on their feet, no one has gone past the ball and no one is offside.

Defensive line should be at least 2m up.

At least Richie's invisibility cloak appears to be working!

and the accompanying blurb highlighting features: Rugby Challenge 3 gets a new gameplay trailer

It looks, pretty good. Of course, it’ll never look like the newest FIFA or Madden games. Publisher Tru Blu just doesn’t have the financial, human or technological resources a powerhouse like EA might – but they’re certainly doing their damnedest. Rugby Challenge 3, as you’ll likely recall, features more modes and officially licenced teams (ones that matter, anyway) than any Rugby game before it.

Here’s the sort of stuff you’ll find in Rugby Challenge 3:

I'm quite looking forwards to the 7's as well.
Gaming tag = Stinja

I'm hearing that it's got the same old issues. Passes that go half the width of the pitch, props popping up at 10, front rows being faster than wingers.

zt1903 said:
I'm hearing that it's got the same old issues. Passes that go half the width of the pitch, props popping up at 10, front rows being faster than wingers.
Click to expand...

zt1903 said:
I'm hearing that it's got the same old issues. Passes that go half the width of the pitch, props popping up at 10, front rows being faster than wingers.
Click to expand...

To be fair, some English wingers are slower than the countries' forwards and if you're a team playing Total Rugby, nothing wrong with a player in any position - maybe it's an alternative future where England have gitten gud

This guy has a bunch of videos up, and says he'll be doing an analysis one soon:
EDIT: strewth! how do you turn off that aggressive auto-formatting? it's a URL not a video!
www.you tube.com/user/TheScottishcannon/videos (remove space between you and tube)

I do find myself wondering why Dan Cole is taking a clearance kick at 0:27 in the trailer

zt1903 said:
I do find myself wondering why Dan Cole is taking a clearance kick at 0:27 in the trailer
Click to expand...

First review i think: Rugby Challenge 3 review - It's quite Naas

Tru Blu doesn’t have the money or resources EA does but they did a fine job with what they have at their disposal. Hopefully, with the Sevens being part of the Summer Olympics, interest in Rugby will rise worldwide and with that an increase in sale – something that could bode well for the future of Rugby games as a whole.

Conclusion
It's fun, and probably the best Rugby game available right now - but is still far from the digital representation of the sport we fans crave. Fortunately, an abundance of tournaments, couch co-op and the Be a Pro mode provide plenty of replay value.
Click to expand...

My take home points from within the review:
- lots of tournaments, but don't get mad if a specific one isn't there
- Be A Pro has issues, if you're in a position that needs feeding from the AI (e.g. wingers). You're prob best as a forward or half back
- scrums can be easy to win
- 3/5/7 lineouts
- no lifts for kick receivers
- binding slightly glitchy
- penalties for not releasing the ball (unrealistic representation of northern hemisphere rugby )
- kicking a bit easy
- backline quick ball tricky
- it is not a AAA game, so adjust expectations

Overall doesn't sound terrible, but might be worth waiting for a price drop.
Gaming tag = Stinja

Anymore reviews on this?

Hmmm reviews are sparse... there's this one, which (reading the text) gives a balanced view of what's good and bad. I mean it's pretty clear this is not a great game, and is more like Rugby Challenge 2.5, so has improvements but still last-gen oddities.

I have been harsh on Rugby Challenge 3 but while I had some fun with it I can’t let such a minimal effort port come to market free from criticism. It is lightyears ahead of HB Studios Rugby 15 and the horrendously cynical Rugby World Cup 2015 and at its best I had more fun with it than Rugby League Live 3, but it still has too many faults to warrant long term commitment. It certainly has too many faults and is too similar to previous games to justify the full price they are charging, even if they do include a physical manual in the box. Rugby Challenge 3 is at best a casual fling, those looking for “the one” in rugby union games had best remain chaste.
Click to expand...