I’m hoping for some advice regarding a VR project I am hoping to embark on in order to help my Dad to see certain things better. I think that VR may be able to play a part in bringing some pleasure back to his life but before that, a quick explanation of his condition.

My Dad has recently been diagnosed with a disease called PSP - it is a terminal degenerative brain disease that amongst other things, affects the vision.

His eyesight has been deteriorating for a few years now in several ways. He now has no way to ‘point’ his eyes - they are effectively stuck pointing straight forward. In addition, he can no longer rotate or incline his neck so his gaze is fixed forwards in relation to his body at all times.

The main issue though is that his eyes no longer focus on the things he is looking at, either together or separately. Each eye will individually very slowly change focus seemingly in a fairly random way, which means that his vision is typically very blurred in each eye, with the eyes combining to give double vision. Effectively, each eye may be focused at rest at a different focal length at any time. There are no glasses that can correct for this issue and my Dad has been told there is nothing that can be done to help.

This is particularly harsh on my poor Dad as one of his main pleasures in life was watching sport on TV - something that he can no longer do as his vision is too poor.

Now to the VR part.

I’m desperate to find some way of helping him see again. His disease is terminal and because he is effectively ‘stuck in his head’ he can become very depressed. Having the ability to watch his sport on TV again would make a massive difference to his life. I have seen that there are many VR headsets on Amazon that work with a smartphone. Some of them offer adjustable focus for each eye which strikes me that if I can get a feed from the TV onto the smartphone, then my Dad can adjust the focus per eye so that he may be able to clearly see the screen.

Taking this further, it may be that the smartphone's camera could also be linked into the headset in an AR setup where, with some zoom functionality, he could be able to read and use his computer again.

There are already products on the market that do something similar, such as this offering from GiveVision (SIGHTPLUS PAGE). Having spoken to their sales rep, it sounds like this product is basically a software solution using an off-the-shelf smartphone and headset/controller where you have to look at the actual TV. Another system is the VisionBuddy (Vision Buddy - Television Watching for Visually Impaired) which does transmit the picture from the TV but doesn’t have individual eye adjustment. Both these systems typically cost around £3000 and neither seem to completely fit the bill, so I’d like to see if I can prototype something using my own Galaxy Note 10+ and a headset from Amazon to see if this idea has any legs.

The first thing I need to find is a headset that has individual eye focus adjustment and that will fit my Note 10+. The closest I can find is this (Amazon product) but it looks like it may be a smidgen too small. Does anyone know of a headset that may work?

This is probably all I’ll need to be able to get proof of concept - ie get something on the screen and see if my Dad can see it clearly. If it works, then I’d imagine that accessing iPlayer etc should be fairly straightforward. The challenge is that I need to find a way of getting video from the sky box onto the screen so he can watch his sport (unless the SkyGo app can somehow be used). I can see that there are HDMI wireless transmitter/receiver systems available although they seem to be more oriented towards sharing a phone screen onto a TV rather than the other way round.

Is there any system that could break out from the HDMI out the back of the Sky box, and be transmitted onto the phone in a dual screen format that would work with the VR glasses?

Thanks for any help offered. It may be that this is all a bit too far fetched to work, but I have to try!

Hi mate. Sorry to hear about your dad, it must be really difficult.

I can't offer much help in terms of the best VR to use, as my exposure to VR headsets is very limited. But in terms of watching content on the mobile device, there are lots of screen mirroring apps available which cast from your phone to your TV, so perhaps if you installed the apps on the TV you could almost reverse that process? Could be worth a try looking at apps like screencast, smart TV cast etc.

But the easiest way is to watch the sport directly on his mobile device? If you have sky sports subscription then you can watch it on your mobile using the sky sports app. The same for bt sport's. I'm on virgin but I can go into the Virgin Go app and watch the BT Sport channels. It would be much easier to do it that way on the device itself rather than messing about with screen mirroring.

Sorry I can't be much more help, but that's the first things which sprung to mind.

@Mike Armstrong, Hi Mike sorry to read about your dad, Im afraid Im not able to advise much with regards to a VR setup like you are looking for, but I did find these adjustable glasses? would they help outside of VR? 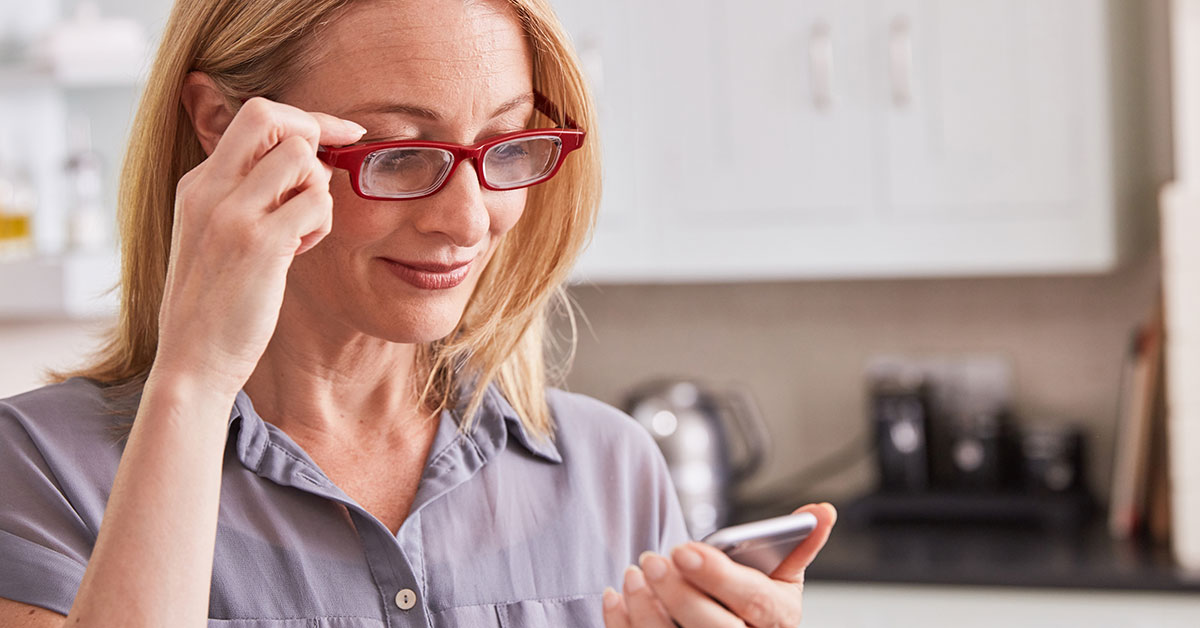 Now you don't need different reading glasses for different tasks: use Eyejusters. One pair of glasses for everything: reading messages; using a computer; reading a book; or hobbies/DIY. Simply turn the hidden eyeDials to change focus.

Hi Mike, really sorry to hear about your Dad's situation. I may not be able to help with the project as such but I just wanted to give some real-world input.

My elder brother has macular degeneration and is registered as partially sighted. He uses the Sightplus device a lot as it enables him to watch TV. It may not be so suitable in your Dad's situation but although it is just an off-the-shelf VR headset, I think it is the software which does the clever stuff.

My brother pays a monthly fee rather than paying for it outright and I see that they do a 30 day trial. I believe the people involved have been very helpful.

The other thing I'd mention is that I also have problems with double vision as I have a retinal 'pucker' in one eye and this causes the image from one eye to be very different to that from the other. My brain refuses to merge the images and so I end up with two of them. After lots of investigations (surgery may still be an option), my day to day workaround is to patch the bad eye. This doesn't have to be an eye patch as such. I wear contact lenses and then wear glasses with no prescription over them but with a stick on patch to obscure the lens.

So, rather than try to sort out vision to both eyes, it might be better to just concentrate on the one he can see best with as it is better (for me) to see with one eye well than to try to deal with the double vision.

Good luck with the project and I hope you get a workable solution for your Dad.
You must log in or register to reply here.

M
Help me help my Dad with his AV set-up.

VR has accelerated my learning another language (German)