A wet weekend in Torquay !

I think I just had the most challenging time I've yet to experience taking photographs ! Weather was abysmal, available lighting was either dull or duller, and I ended up trying to avoid any shots involving the sky. Still, I caught a few that I am quite happy with.

1. Couple of Torquay Harbour (HDR'd to bring some life back into them !) 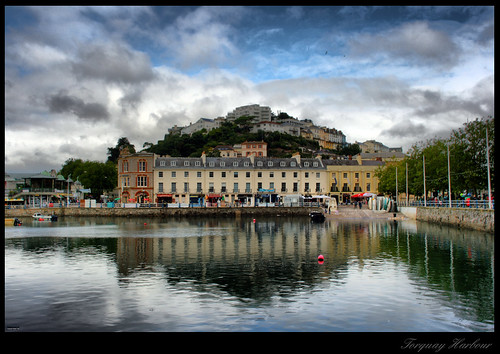 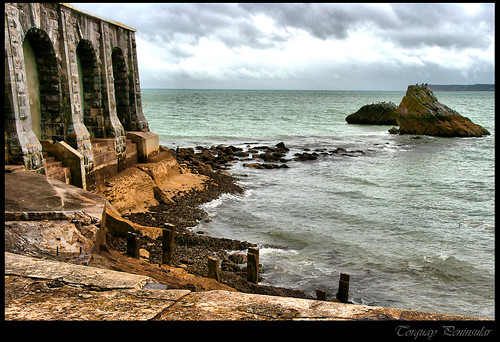 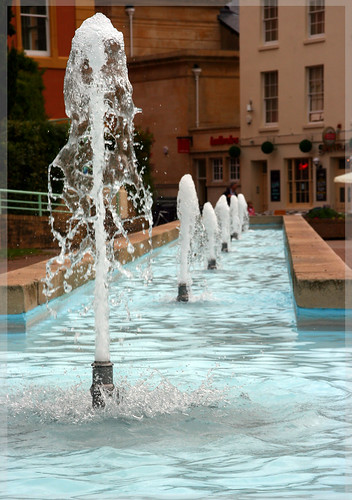 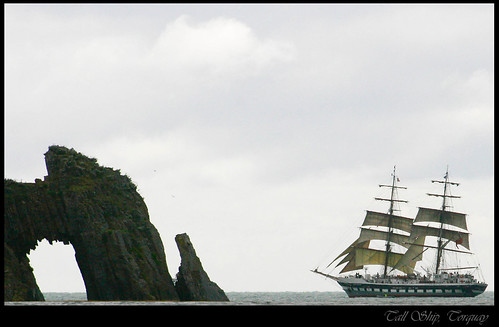 5. Shot of the Ferris Wheel from the Enchanted Gardens. 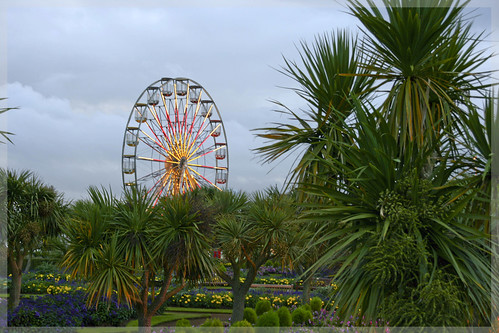 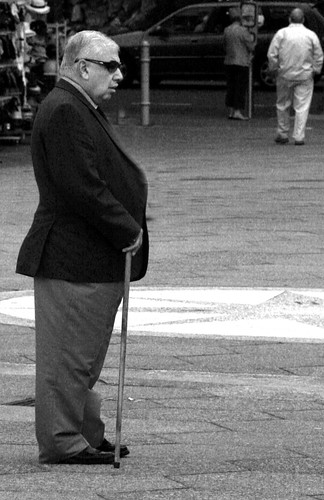 7. Father and Son. (another candid) 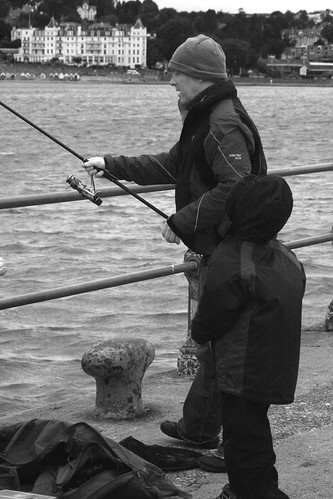 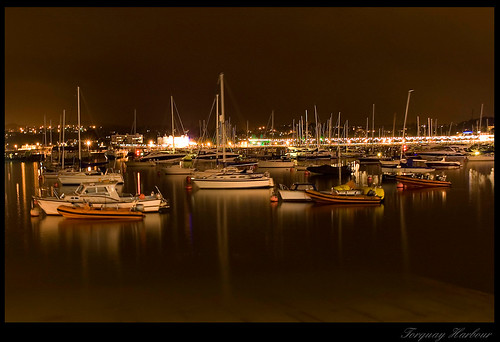 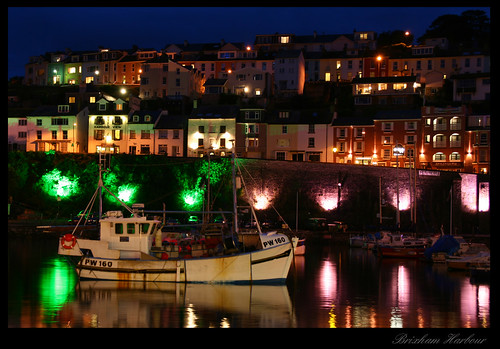 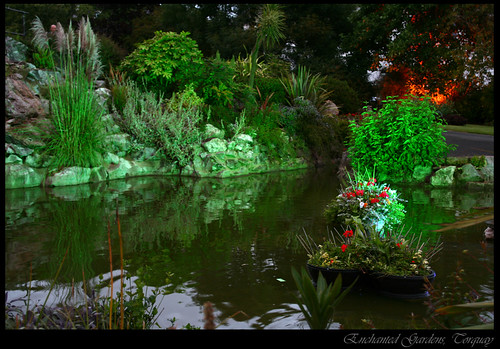 11. The new harbour bridge in Torquay. 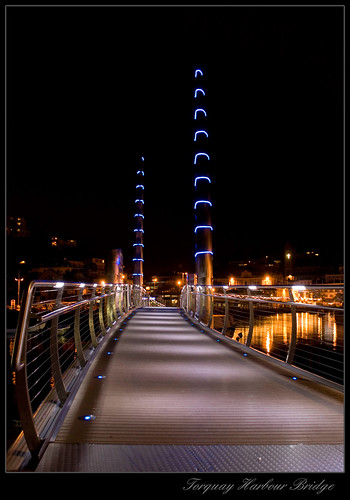 Thanks Giz, really appreciate the comments mate as in all honesty, when I 1st looked at the pictures I brought back, I was wondering whether I'd get any that I was happy with !

Brilliant shots Macker. The HDR works a treat, and I'm not usually a fan.

The evening shots are excellent, but the garden looks a tad green IMO.

Yes, you done well there Macker especially considering the conditions were not ideal.

Not into hdr myself, but i can see why you applied it to these pics
You aint no spring chicken bruv
L

Torquay Harbours my fav, exposure just right, did you use flash?
It good to salvage captures that your not 100% happy with, and you sure have done that.
Congratulations.
Fujifilm 1400Zoom 1.3mp my first digital camera : Fujifilm S602Zoom excellent super macro setting : Canon EOS 40D With battery grip : Canon EFs 17-85 IS USM : Canon EF 75-300 USM : Canon EFs 55-250 IS : Canon Speedlite 580EX11
My Flickr

Nice pictures. Where is 'The Enchanted Gardens'?
O

That's a great set, I'd be happy with those!
I'd be tempted to do something with the sky in Tall Ship, or crop some out.
Dave
flickr
J

Really good set of pics there, particulary like the night ones

Shot 4 of the ship reminds me of a clip from the goonies!
M

Crikey, cheers fella's, glad I made the effort to save a few after seeing your comments !

but the garden looks a tad green IMO.
Click to expand...

They are lit with green floodlights mate !

Torquay Harbours my fav, exposure just right, did you use flash?
Click to expand...

No mate, 25 second exposure. The unfortunate side effect of that is that the boats are slightly blurred as they shifted with the water, but it was so dark, it was that or nothing ...........

They are along the seafront by the fair in Torquay. They are all lit up at night with various coloured floodlights. A must see if you down that way

I'd be tempted to do something with the sky in Tall Ship, or crop some out.
Click to expand...

I know, it's 'orrible isn't it ! I had to play with the levels and contrast that much already though to get it to where it is now, I think if I inflict any more PP on it, the whole thing will just melt ! I only actually kept it because I really liked the composition, it was exactly what I had aimed for and reminded me of an old film scene or something ! (Probably the Goonies as Bubble suggested !)

Thanks again to you all for looking through them

Some nice shots here - the first one jumps out at me. I like the colour and contrast - Great sky detail too.
C

Some cracking shots there, brings back memories of holidaying in Brixham many years ago!

I especially like the first one and the two of Brixham and Torquay harbours at night!
M

Thanks Liquid & CarlukeDave, would have taken some more night scenes but all of the lights around the fountain and Pavilion area were out, and half of the street lamps on the pier too Will have to ring them next time and make sure they switch them on !

Just echoing the comments from everyone else really. Crackin' set.

The first HDR one has worked really well. The Tall Ship one is a superb composition and I agree, Goonies all the way and all the better for it. Shame about the sky but the composition is strong enough that it's not that big a deal.
James. Ignore my member status. I haven't been on here for some time, but I am still very opinionated and lonely.
Canon 7D Mk II, Canon 17-55 2.8, Canon 28-105 3.5-4.5 USM II, Sigma EX 70-200 2.8 APO DG Macro, Sigma EX 1.4X APO DG flickr
M

Thanks Denno, I don't think I've ever had so many positive comments on a set before !

Great set Macker. I'd be very pleased with those.

G
A wet and windy 4 days in the Lakes

Torquay Shots from our Wet weekend..

Planning a massive clearout (310 titles) best way of selling them?