already out in europe apparantly. 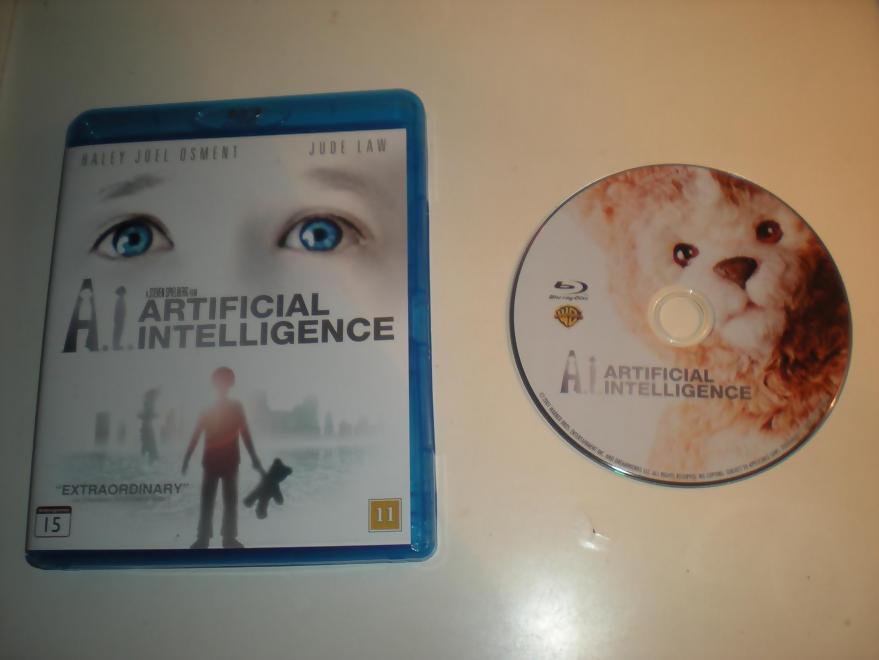 Looks good - any reviews of this about? Will be adding to my 'To Pre-order' list!

Doctor Hades said:
There's a lot of hate for this movie and I've personally never understood it. I found it incredibly moving, especially as the robots show more humanity than the actual people, and the performance from Haley Joel Osment is outstanding. The ending always brings a tear to my eye (and what about poor old Ted?). It's definitely a movie I'd buy again on BD in a snap as soon as it is released over here or in the US (if region-free).
Click to expand...

A.I. is certainly a very divisive film and one that I believe has largely been misunderstood. People came to the film with certain pre-conceptions about Spielberg and how he apparently bastardised Kubrick's vision. This is both a misunderstanding of what the film is attempting to do and factually wrong. A.I. is not without problems. Unlike many people I don't have a problem with the last section of the film which I find it's most fascinating part. I do think the middle drags slightly and there is something twee about how Spielberg treats Jude Law's Robo-rentboy, showing just how uncomfortably Spielberg appears around issues dealing with issues of sexuality.

That said, A.I. is the rare big budget science fiction film that genuinely deals with serious ideas based around the ethics of technology and science and it's a hugely ambitious film, so I can forgive its few failings. It's more of a mega-bucks arthouse film than a popcorn blockbuster and it's not nearly as sentimental as people have accused it to be. The ending is not as happy as many people claim it to be and the film is emotionally complex in a way that reminds me more of David Lynch than of the Spielberg who made ET.

For me this was a return to form for Spielberg and also a progression in his career and I think it ushered in a new decade of films which is almost as interesting as his work of the 70s and early 80s. 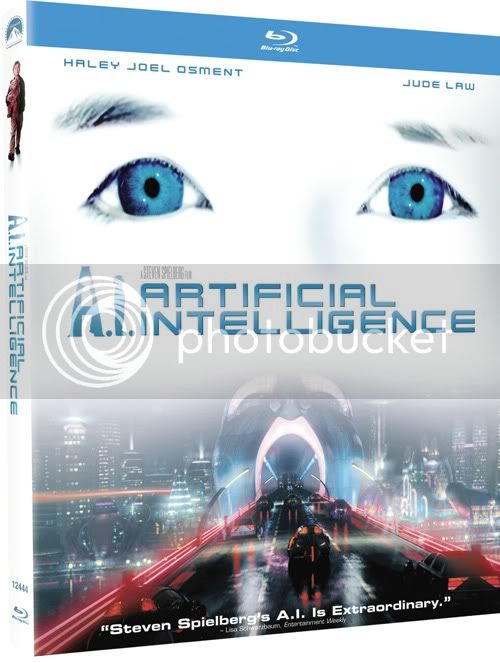 Feb 15th in the US for this: Spielbergs A.I. Blu-ray Announced

never a dry eye in the house... I almost cant watch this, its so moving towards the end
F

Awesome film, never unsterstood the bad vibes this got when this was released...

My copy is currently in transit from Bengans.se.
Looking forward to viewing this in 1080p shortly.
My opinions expressed here do not represent those of the AVForums or its associated websites'.

Saw this at the ziegfeld theatre in new york on release and remember blubbing like a child - mainly at Teddy Definitely be picking this one up. It does get harsh criticism, but spielberg is at his manipulative best with this one (in my opinion).
Why don't you knock it off with them negative waves? Why don't you dig how beautiful it is out here? Why don't you say something righteous and hopeful for a change?
B

AI is not one of Spielberg's sentimental movies, the ending is actually pretty harsh, unsentimental but also very moving. It's probably his best movie. I saw it a week after the attacks on the Twin Towers and it made the New York scenes seem almost unwatchably, unnervingly prescient, seen it many times since and although it has inevitably lost that initial impact it is still a terrific experience. The caps from the Blu-Ray on AVS look very good.
F

The Limey said:
My copy is currently in transit from Bengans.se.
Looking forward to viewing this in 1080p shortly.
Click to expand...

Please could you link us to a.i on the site cant seem to find it...

That probably isn't a direct quote, it's been a while since I've seen it, but that line turned me into a four year old girl with a skinned knee.

Great movie, even though i cannot stand the little **** Haley.
"Have you met my brother?, BamBamDickey?"

This is one of my favourite movies of all time. I blubber like a baby. Love teddy! And the bit with his mother at the end and Teddy sits on the bed, I just lose it everytime as makes me think of my dad :-(
LG Oled B8, Yamaha RX-1900, MA Bronze (to be upgraded),Sony BDP S570 Blu-Ray, Sky+HD, BK Monolith

Fangorn said:
Please could you link us to a.i on the site cant seem to find it...
Click to expand...

Bengans Skivbutik - Produktinformation
My opinions expressed here do not represent those of the AVForums or its associated websites'.

SmokeyH said:
Looks like another xmas treat for myself!

Comes out at 32 Euros total then?
Click to expand...

Yes 18 Euros for the BD and around 14 Euros for the P+P.
£27 all in.
My opinions expressed here do not represent those of the AVForums or its associated websites'.

This is more my price range:
MoviesPlus
Adios.
M

AndyB1973 said:
Will this be region free do you think?
Click to expand...

It's dreamworks and so far I believe all Dreamworks releases have been region free.

Anyone been able to get confirmation that the US release of A.I. is region ABC (free)?

I'd like to pre-order from MovieTyme but I can't find any confirmation that it's region free !?
http://c.mymovies.dk/mothy
You must log in or register to reply here.