Hey everybody, I'm soon to be moving into a new home and I've decided to splash the cash on a nice HT system to go with my LG 55C1. Id like to introduce a basic Atmos element but I really don't want to cut holes in the ceiling, and due to the open plan nature of one side of the room I figured 5.1.2 or possibly 5.2.2 would best suit my use case. I'll largely use the system for films/tv but it will also have some usage for music.
Having read a bunch of topics on here I wanted to sanity check my current plans, as my living/dining room not necessarily ideally shaped for a home theatre setup. The room is a relatively large lounge/dining room, with a porch inbuilt to the rear. I plan on having the living room/HT setup in this area as marked on the picture at the bottom of my post, the walls behind the sofa and to the side are both solid, and the area marked 3.8m is a bi-folding door. 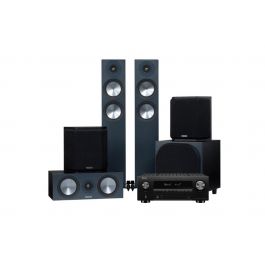 ”A surprisingly big improvement on its already excellent predecessor, the AVC-X3700H could well be the performance-per-pound pick of Denon's 2020 range.” ’What Hi-Fi?’ 2021 Product of the Year.9-channels deliver your choice of surround soundThanks to the

I would then also add a pair of the Monitor Audio bronze AMS speakers on top of the FR/FL speakers. The FX6Gs would be mounted to the wall behind the sofa adjacent to it.

Having read some threads here it seems that people would suggest two things, firstly swapping the sub for something like an SVS SB1000, and potentially getting two subs- I get that this is somewhat subjective but would anybody be able to give an idea on what they might suggest here- both in terms of subwoofer model suggestions and whether they think two would be necessary or not?

An alternative situation I have recently become aware of is that PT has several MA Silver 200s, c150 centres and (possibly) fx speakers from the previous 6g gen which are currently going for a very compelling price (cheaper than the un-bundled bronze speakers at present). The only issue I would have there is if PT would be willing to form some sort of a bundle with those, a receiver like the x3700h and again some form of sub. Given the receiver is £1k on its own its challenging to make everything make sense otherwise as I'd like to keep the budget below £2500 if possible.

Any thoughts or ideas would be really appreciated! Cheers in advance. Hi, welcome to the forum.

Before I give you my thoughts, I have a few questions for you.

1) Is that seating/TV layout cast in stone or are you considering other layout options within the room?

2) Is this your first home cinema system?

3) How loudly do you want to listen to movies? Let's say on a scale of 1-5 where an average TV speaker level = 1 and full blown cinema level = 5.

4) What will be your movie sources and source devices? e.g. Blu-ray, Netflix from TV etc.
Last edited: May 14, 2022
"the sighted and blind loudspeaker listening tests in this study produced significantly different sound quality ratings...if you want to obtain an accurate and reliable measure of how the audio product truly sounds, the listening test must be done blind." - Dr. Sean Olive, The Dishonesty of Sighted Listening Tests

AVForums Sponsor
If you want to achieve a decent balance between the left and right channels consider swinging the layout through 90 degrees and make the long wall your front wall.

If going with In-ceiling speakers ensure you think about fire safety and noise control for any rooms above the ceiling.

Before I give you my thoughts, I have a few questions for you.

1) Is that seating/TV layout cast in stone or are you considering other layout options within the room?

2) Is this your first home cinema system?

3) How loudly do you want to listen to movies? Let's say on a scale of 1-5 where an average TV speaker level = 1 and full blown cinema level = 5.

4) What will be your movie sources and source devices? e.g. Blu-ray, Netflix from TV etc.
Click to expand...

Not necessarily, the only thing I have to consider is I'm a wheelchair user so there are limits to where I can put things to leave enough room to get through. The other issue would be the wall I planned on putting the TV on was the south facing wall, the other one may get more sun on the TV during the day. Obviously curtains can solve that but it'd be nice not to need to for casual watching etc.

It's technically the second, the first was a fairy cheap system around 8 years ago though with a VSX922 and some wharfedale package.

I'd say probably around a 3, sometimes venturing to a 4 if I'm feeling very into it! I'm limited somewhat at present as the current HT is in a timber framed outbuilding so I don't want to massively irritate the neighbours. This new house is detached so it's less of a concern.

Movies are blurays that I've ripped onto my Plex server for ease of delivery, they're kept at full quality though. It'll likely be delivered via a Nvidia shield pro as I want to use that anyway to stream games from my pc. I do also watch some content from Netflix which will be their standard 4k level (which I understand isn't necessarily the highest bitrate sadly).

To reply to the other comment- I'd rather not cut into the ceiling if at all possible. And I plan on having the rear sofa pulled forward from the wall roughly half a metre. I'm hoping that audessy will be able to somewhat correct the sound imbalance from the empty space on one side.


Also to add from a conversation I had in pm, I'm currently considering something like a bk monolith plus as the sub, it seems to be reviewed well and fits nicely into budget plus is powerful enough that it'll hopefully be able to pressurise the space well enough. Happy to consider any other suggestions people may have though! I've spoke to PT today who are hopefully going to give me a price on Monday for some sort of package using the silvers which I anticipate leaving me with between £600-800 for a sub (decided to fl X the budget up slightly to a firm max of £3000)
Last edited: May 14, 2022

Given your constraints I think your plan for the room is looking good but here's a few thoughts for you.

The ears of the listeners on the back sofa will be quite close to the surrounds. My experience is that unless they're at least 1m (ideally >1.5m) away they can be quite distracting so the location of these is crucial. As you're pulling the sofa forward a touch, spreading them as wide as possible on the back wall like you're indicating at about 1.8m height is probably the best option. Using multi-pole FX speakers like you're planning to will help create a more diffuse, indirect sound field which should help a lot.

If you want to run 5.1.2 then front height speakers would work at the top of the screen wall. Some people on here have even done 5.1.4 in that sort of space and put the same at the back. If you did that the bed surrounds would have to drop closer to ear height and move more to the sides so your "RL" would need to go on a stand or a piece of furniture. Now this would put them closer to listeners' ears but this will be mitigated by the upmixer spreading out ambient surround effects across more rear speakers which reduces speaker localisation plus a lower SPL will be coming from each speaker. This is just an idea for you, such a layout might look something like this. The BK Monolith is a bit too boomy for my tastes, I'd much prefer something like a Monoprice 12" THX instead, it's currently £799 but 10-15% discount codes come up often. IMO this is well worth the extra £££ over the BK. 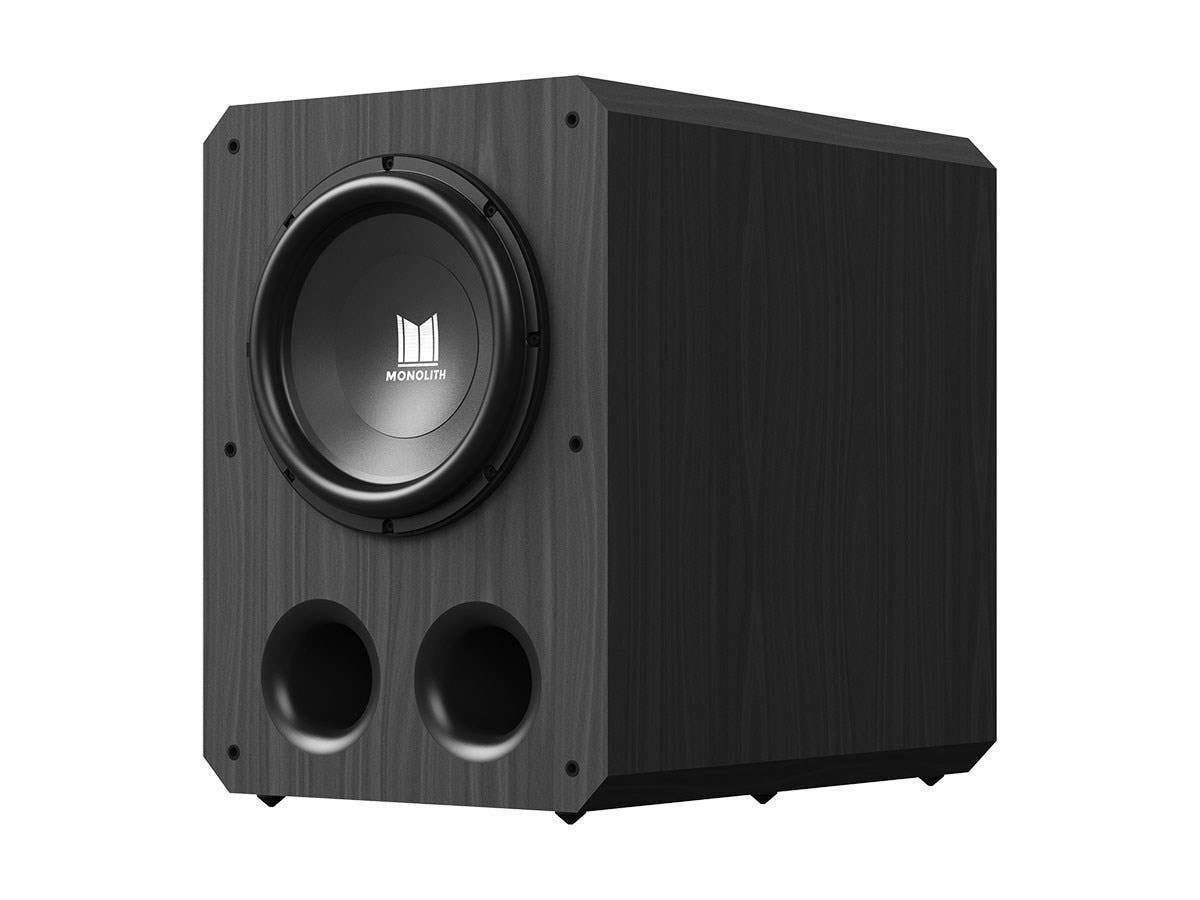 MA silvers are really nice speakers, especially the 300 towers and C350 centre as they are more efficient with larger 6" drivers so I would consider them instead if at all possible. The C350 is unfortunately now discontinued and the 6G models were sold off at bargain prices over the past year. The 200s are a better match for the smaller C150 though so these make sense if you can't find a C350 anywhere. The LCR speakers (especially the centre) are so important so don't skimp here.
"the sighted and blind loudspeaker listening tests in this study produced significantly different sound quality ratings...if you want to obtain an accurate and reliable measure of how the audio product truly sounds, the listening test must be done blind." - Dr. Sean Olive, The Dishonesty of Sighted Listening Tests
B

Thanks, interesting to see different ways I could lay it out!

This is my first foray into Atmos currently, so may plan was to start with the 5.1.2 setup and then if I found the effect enjoyable I could possibly look into adding rear heights at some stage in the future- so its reassuring to know that would be possible.

I don't actually need to get the sub with any urgency as I wont be able to enjoy the space till I finish renovations in mid July anyway, so I could potentially hold off on that in the hopes that a discount may appear soon. That would put the prices of the two much closer together.

I had considered the 300s but having scoured the internet the only C350 I could find was priced at nearly £600 which I couldn't really justify over the 200s and c150 sadly. If I had been shopping early when they were still being sold off at £350 it would have been a total no brainer.
I might have a further look in bed and see if any pop up used somewhere but I couldn't see any previously...

AVForums Sponsor
‘I'm hoping that audessy will be able to somewhat correct the sound imbalance from the empty space on one side’ - if you have the ability to try the speaker system both ways around before you settle on the final position I’d have a play, there is only so much you can expect ‘room correction’ to deal with, every room correction system expects you to start out with a correctly set up room.

Ensure you get the Front LCR correct - that is where most of what you will be listening to is being Output.

Little update, everything except the sub has been purchased and arrived today! I ended up with the 6g Silver 200s and C150 as I couldn't find a new C350 anywhere to pair with the 300s (probably unsurprisingly). I've paired them with Bronze FX 6g surrounds as the silvers were indeed sold out and Bronze AMS- which ought to match well enough in their respective surround roles. For the receiver I went for the Denon x3700h.

The only thing I have left that I need to choose for certain is a subwoofer, I'm thinking I might contact my local RS and see if I can have a listen to some of the candidates at their store to get an idea of how they might work. Like I said in an earlier message I won't be moved in and able to enjoy the setup till mid July anyway so I have plenty of time to work that out!

Thanks all for the assorted advise!
You must log in or register to reply here.