I have always been very impressed with the plasma quality of colours from this Sony TV, but now I have invested in a 4K blu ray player, I would like to be able to view some 4K restored classic films.

I don't want anything much bigger than the screen I have, perhaps up to 40 inches. As I have smart apps on the Sony Blu Ray, I am not too bothered about it being a smart tv. As I don't know much about this new technology I would appreciate any pointers to an upgrade that will have the same, or better colour quality as my old Sony. I was told by an assistant in a shop about 4 years ago that the newer Led screens are not as good as the old plasma type. I don't want to pay any more than a grand.

There’s a guide here, you can read about FHD vs UHD in the intro and HDR

Sorry to have to tell you that the Sony KDL 32U3000 is not a Plasma screen. It's an early LCD 'HD ready' which I believe was backlit by light tubes. These have been replaced by LED illumination either from the edges in cheaper models or fully backlit for more expensive ones. All fundamentally, including yours, have an LCD screen. It's just that the illumination has changed. Plasma production has been phased out in favour of OLED.
Last edited: Jun 8, 2021 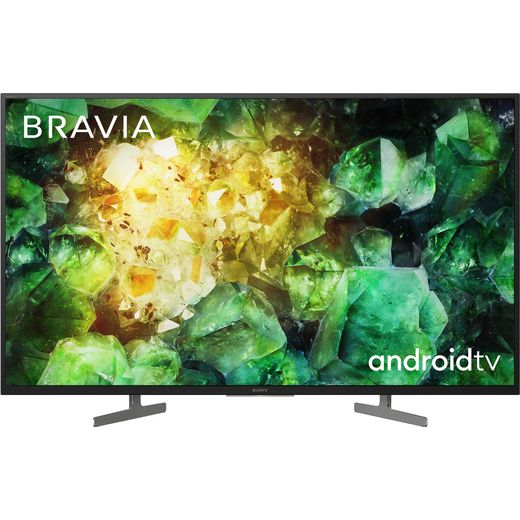 A weekend without plans just got better with this KD43XH8196BU Sony 4K LED TV, which features Android TV and Dolby Atmos.

I'd really not change TV if you are so happy with what you're using. Your really need to step up to 48"/49" to get higher end TVs nowadays that in some circumstances will look poorer than what you're using, but at least with a higher end TV you'll get to enjoy the latest and greatest HDR content, which when used on the TV will be more impressive.

You may have read it in the guide, but there's no value in buying a smaller TV any more.
Read My TV links & guides
Please don't forget to include these details if you want to ask for a TV recommendation!
My opinions expressed here do not represent those of the AVForums or its associated websites.​
D

Thanks folks. Interesting that nothing has really improved since 2007 regarding the smaller screen tv. I watch a lot of SD dvds (classic tv series from 70/80s) so I don't really want to be looking at those on a newer tv that may display them poorer than what I already have.
M

Depending on your settings your new 4k Sony Blu ray will be upscaling your SD DVDs. Your current television will then be downscaling them again to suit the 1366 x 768 screen. Hopefully this is giving you the quality you prefer. It's true to say that 4k TVs don't handle SD sources very kindly. The bigger the screen the more accentuated the problems will be.

I came to my first 4k from a similar Sony 32" to yours. It was a W model. Whilst 32" to 50" current ranges do not have the high specs of bigger screens I would not write them off completely. The importance of having adequate abilities to display HDR is frequently stressed in the Forums, but if you are watching Freeview channels and older DVDs then it is not an issue. My advice would be for you to go to a reliable dealer and judge things for yourself. Preferably one (not Currys) that gives access to an aerial where you can look at how the set deals with a SD source. Don't be lured in by the 'in house' generated show reels that provide a high quality 4K signal. The OLED/ upper end LED debate is an on-going one, but I can assure you that you will not require psychiatric treatment for not buying an OLED! You pay your money and take your choice.
Last edited: Jun 9, 2021
M

Thank you that is very helpful.
M

Any more suggestions please, as a few months on I am still sitting on the fence ? I see that the Samsung QN94A starts at 50 inches, but that is far too big, especially if I want to view a lot of SD programs. We are used to a Sony Bravia 32 inch screen and nothing much bigger really (lack of space also an issue)
Last edited: Oct 17, 2021

You could go for a HD TV as a stop gap, 40"/43" won't be great no matter which TV you get a smaller sizes but at least you won't have to deal with upscaling to UHD that way. Then when the 42" OLEDs come out it will finally be possible to get a good quality TV at smaller sizes.
Read My TV links & guides
Please don't forget to include these details if you want to ask for a TV recommendation!
My opinions expressed here do not represent those of the AVForums or its associated websites.​
You must log in or register to reply here.

Worth replacing Sony kdl-43w807c with any of these?