Its only the second outing for my 30d and I tried not to use auto mode at all. I did have a few problems with Aperture Priority though as the camera seemed to under expose when I was at full zoom (300mm) with the aperture wide open (shooting through mesh). It was a bright day so difficult to see the results on the viewfinder, but know I know I will be able to compensate in the future.

I also found at full zoom, the focusing was very "soft" so some sharpening had to be done in photoshop. Other than that, a few levels adjustments and some cropping. Nothing truly brilliant to post but this was primarily a practise excerise and I had 3 small kids to supervise as well LOL!! 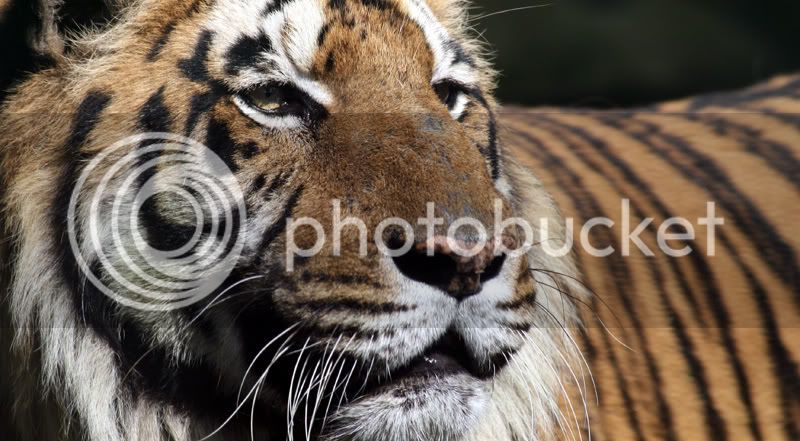 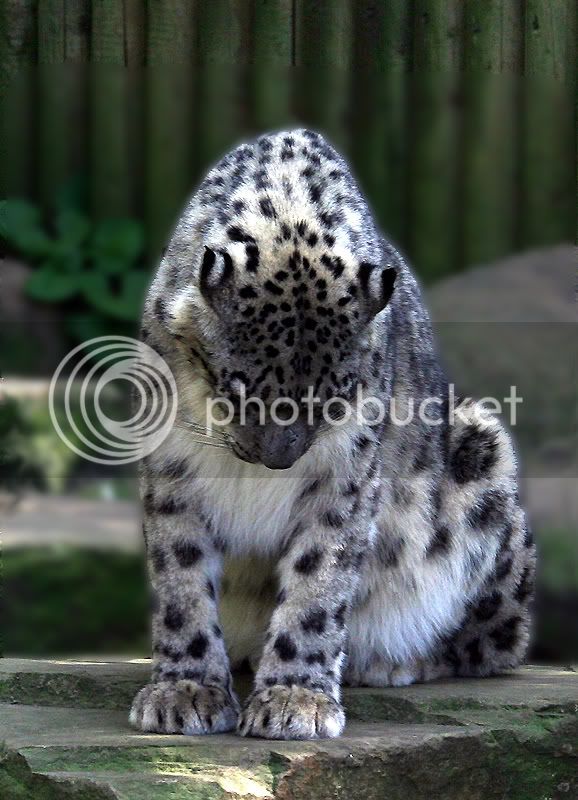 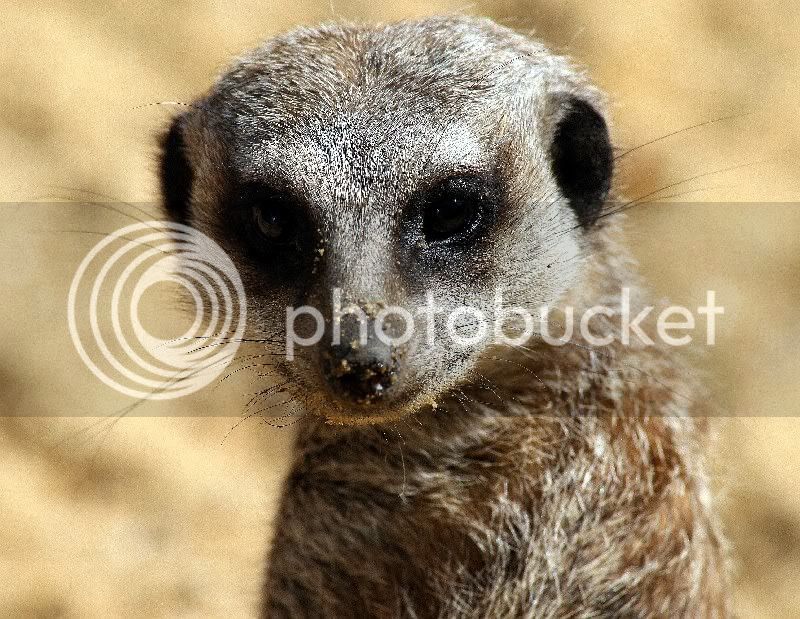 All taken on Canon 30D with Canon 70-300IS. Comments and critisism welcome and appreciated.

Nice shots, but way over sharpened for me.
:uk:

Some good photos there. I love the way you've been able to get so close. The tiger yawns are well anticipated too.
Alot of them seem a bit over sharpened to me though, most noticeable in the meerkat one. The third tiger one looks a lot more natural.
Don't know why they weren't sharp enough. Could be the lens although I understand this shouldn't be an issue with the 70-300IS. Some EXIF data may reveal a bit more.
James. Ignore my member status. I haven't been on here for some time, but I am still very opinionated and lonely.
Canon 7D Mk II, Canon 17-55 2.8, Canon 28-105 3.5-4.5 USM II, Sigma EX 70-200 2.8 APO DG Macro, Sigma EX 1.4X APO DG flickr

No3 is an absolute cracker - nice one.
In general I think the sharpening distracts me a little from the photos. Especially the whiskers/hair. But it's definitely nice to see such nice close-up crops.
No4 also has a nice composition.
Good stuff.
My Flickr
I

Some lovely well times shots allie5 number 3 is cracking, I have to agree with masses though in that the sharpening is way OTT

Nice images on the whole
Go softly on the sharpening ....


Mod comment: Although the pixel dimensions are fine, the file sizes ( mostly exceed 200k) If you cannot resize then you can ( or I will) leave them as links
S3Stuff

Thanks guys. The sharpening bothered me too, but without it they looked worse - waaaaaay too soft. Im going to play around again and see what I can do - I only had time for a few mins on each last night.

I dont think its the lens. I did have to clean off some gunk early on that I thought might have affected the zoom, but it was clean after that. I think the problem is me! It was a VERY bright day with harsh shadows everywhere - plus shooting through mesh (causing glare) probably sent the auto settings haywire (I just set the aperture). A more experienced photographer would have known how to get round this.

Thanks again - I appreciate you taking the time to comment.

PS - how do I embed the EXIF? I can post it manually but not sure how to keep it embedded via photobucket?
A

senu said:
Nice images on the whole
Go softly on the sharpening ....

Mod comment: Although the pixel dimensions are fine, the file sizes ( mostly exceed 200k) If you cannot resize then you can ( or I will) leave them as links
Click to expand...

Oops sorry - can you change them to links for now (I'll resize and try some BETTER photoshopping later ) - Im just on my way out.

PS: The smaller ones remain embedded and the largers ones are now left as linked
S3Stuff

Thanks for doing that senu.

Ive palmed the kids off on my mum for an hour and have had much better success with my PS manual in hand, sorting out the soft focus problem without over sharpening. I'll finish them and post (resized LOL!) versions later.

If you can live with the larger size, you will find that the 30D is a very different camera from the 300-400D series.Even if you had a 10D you would still find it a breath of fresh air

What do you want to know specifically?

Size ( you may not notice the magnesium alloy body as it is covered up) and weight
Faster starting time
Even less shutter lag
Faster burst mode ( even at 3fps)
The 5fps mode (has to be used to be believed)
The larger LCD ( like the 400Ds) is easier on the eye
Its viewfinder is much brighter ( and covers a bit more) Manual focusing is easier
Auto focus is much faster and more accurate
The ISO increments are more and you get to 3200
The "wheel" with the smaller joystick make navigation much easier.That is a big plus ( IMO)
You get picture styles ( not a gimmick)
You may not use spot metering much to start with but it is useful in trick lighting
It soon becomes second nature to change settings much faster than with the 350D

I wouldn't say the actual image quality is "better" ( except lower noise at high ISO more so with the 400D than 350D) but it is very much easier to get keepers once you learn the camera
If you shoot RAW you will be very impressed at the speed. I found that the 400D would lock up on "busy" If i too a few in a row Even with a Sandisk Extreme III
The 30D is most definitely not a 350D in a bigger body despite the similarity in sensor size ( 30Ds is a little bigger) and same Digic II processor
Once you get used to the speed and responsiveness you will find the 350D ( and even 400D) feels a little slow
S3Stuff

OK...well, here is attempt number two. Spent a little longer tweaking them and keeping my finger off of the Sharpen filter LOL!!

I THINK they are all within the size range, two that arent I will link. 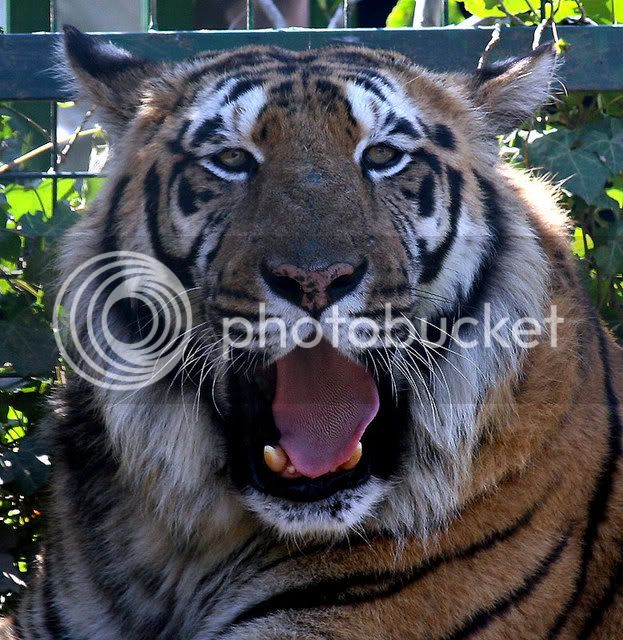 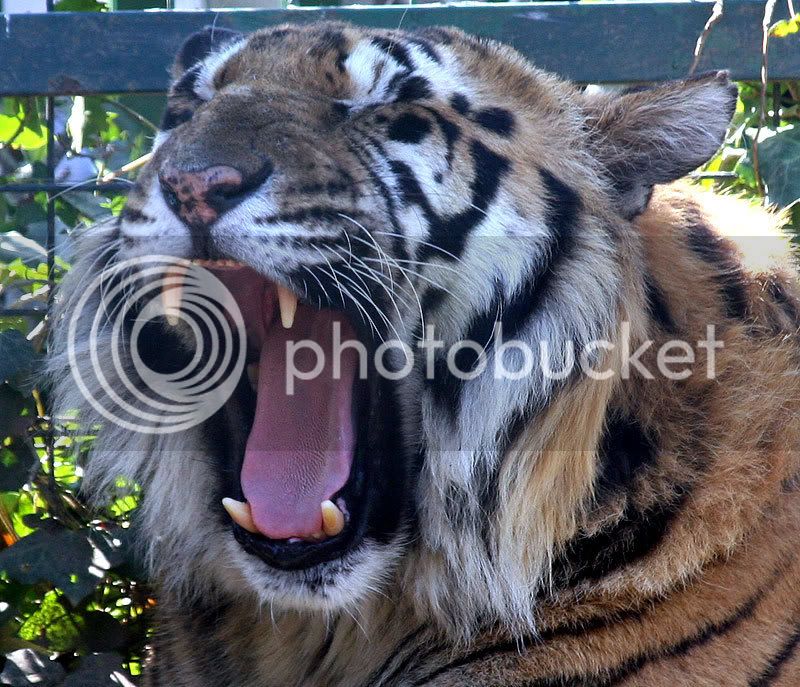 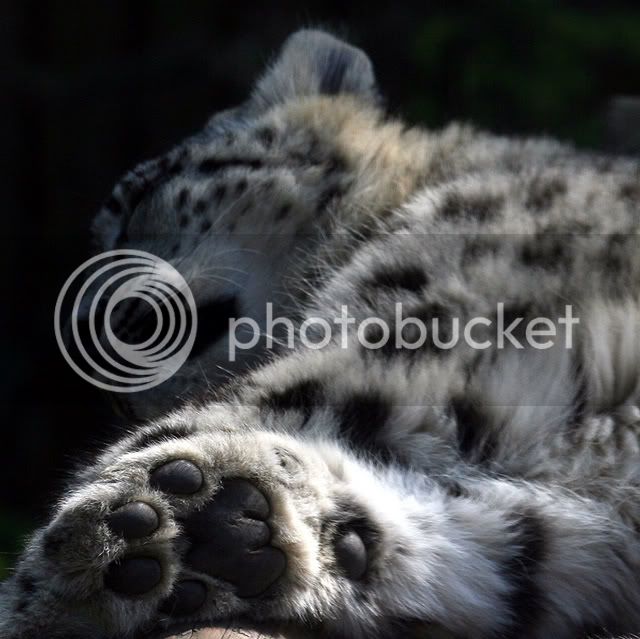 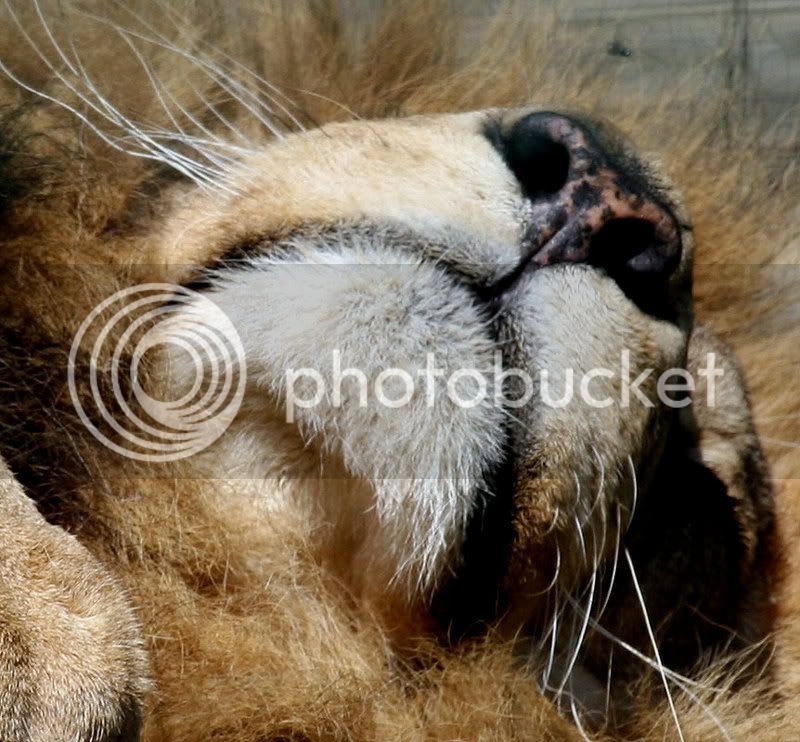 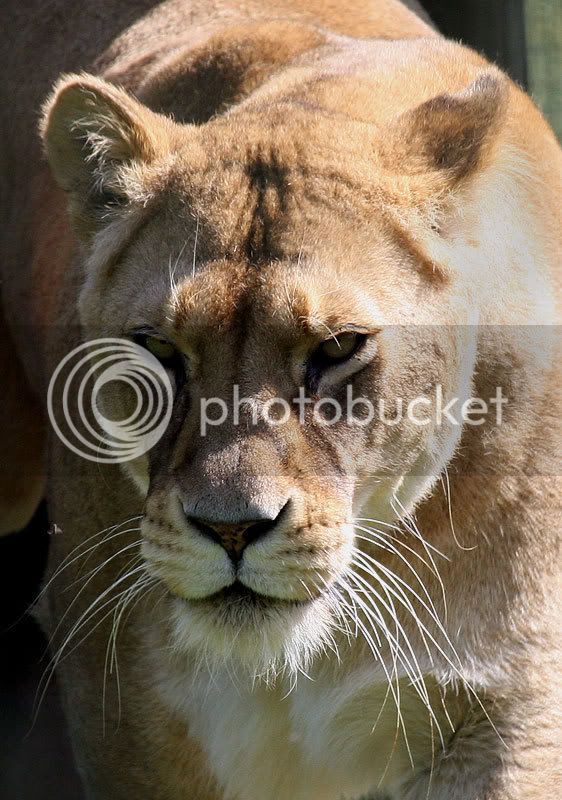 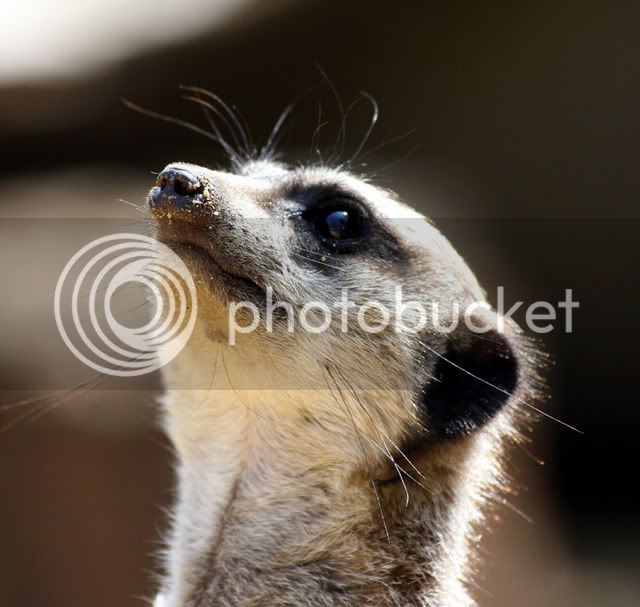 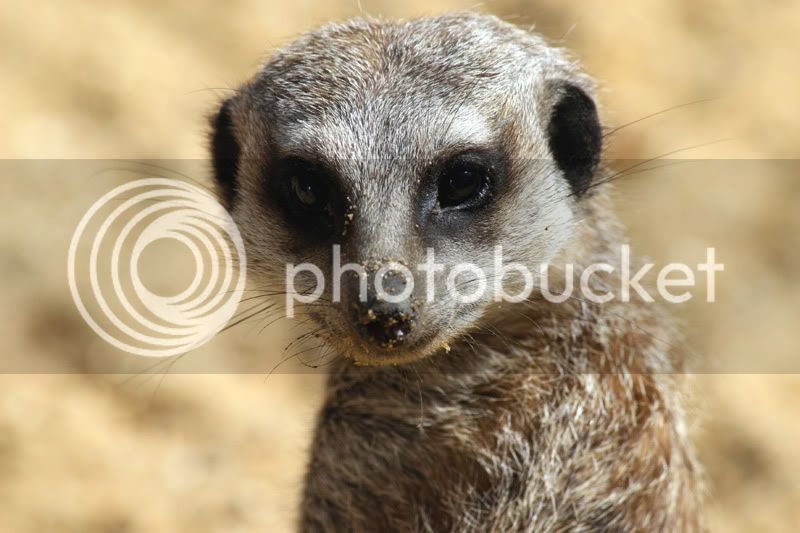 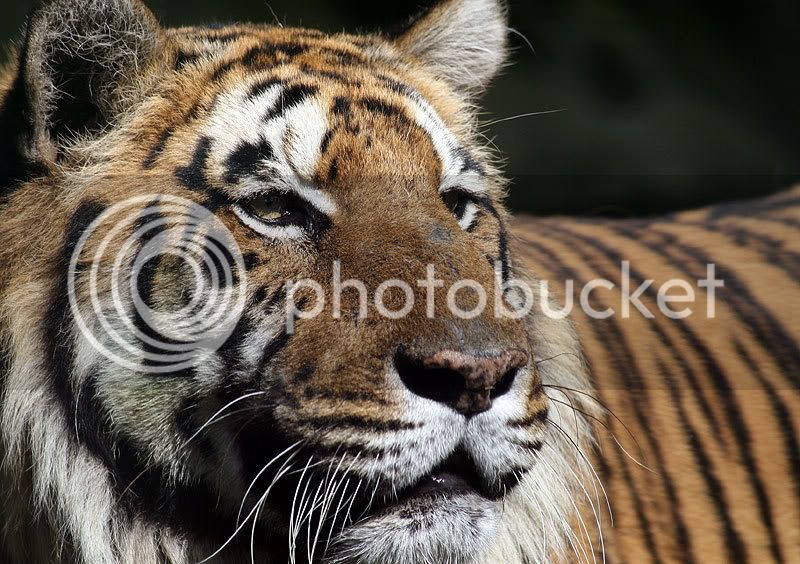 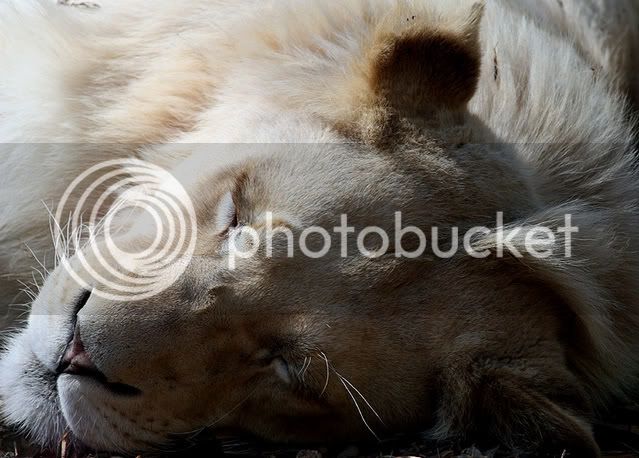 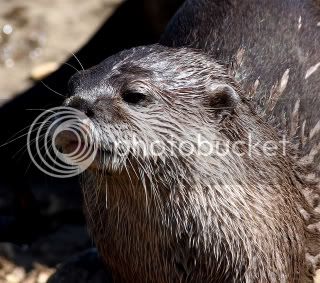 Im really enjoying the camera...albeit I need more practise, but find it straightforward to use and you can dive right in.

This is my first SLR since my film days - all my digicams have been compacts or prosumer models.

Awesome images......Fantastic .. with 3 little kids to keep an eye on too That was multitasking at its best

Not all have exif ( ) Not a problem though
A few questions
Were they hand held?
What 30D settings did you use ( Standard, Portrait?)
Did you shoot RAW?
How much ( in this case how little ) sharpening did you apply?

Much nicer without the sharpening frenzy.

I'm not sure about the framing and composition. IMHO it's always nice to see the full frame, or at least one thats the same proportion of the full frame. These images all have different crops which makes them look rather untidy as a set of images.

Don't worry so much about filling the frame, think more about composing your image. It's nice to have some context, as well as some closeup detail.

That is so tounge in cheek!!

I was a little more subtle I guess , but the actual colour, contrast, focus and exposure of the images are very good IMO
S3Stuff

I guess with 4 & 5 I was going for a different feel - focusing more on the textures than a standard shot of the animals. Maybe not overly sucessfull!

The only thing I can say about the EXIF is some of the images I used the "save to web" command in photoshop and it seems to have got rid of the EXIF?? I can post it manually if needed.

All hand held with IS on.

No, I havent shot RAW yet because I didnt really expect to get anything that decent in these early learning stages. Im pushed for time in the PP stage (hence the crappy over sharpened first efforts!) so thats probably the biggest reason I havent ventured into RAW yet. As I get better then I do intend to make the switch.

I tried to fix the "soft focus" issues by use of levels rather than sharpen. This was mainly apparent on the Tiger shots that were taken from a fair distance back - I was in bright sun, shooting through mesh and they were in heavy shadow and this seemed to cause some focusing issues. Some have no sharpen, some one pass of the filter.

Thanks again for your comments.

Liquid101 said:
Much nicer without the sharpening frenzy.

I'm not sure about the framing and composition. IMHO it's always nice to see the full frame, or at least one thats the same proportion of the full frame. These images all have different crops which makes them look rather untidy as a set of images.

Don't worry so much about filling the frame, think more about composing your image. It's nice to have some context, as well as some closeup detail.

Thanks for that. Valid point which I will take on board. The "filled frame" shots were heavy crops so I could probably salvage something from the original images.

Infinitely better. They just look more natural. The meerkat ones are superb, particularly the new one looking up.
I think if a shot is a bit soft there's only so much sharpening you can do before it looks worse than the original.
James. Ignore my member status. I haven't been on here for some time, but I am still very opinionated and lonely.
Canon 7D Mk II, Canon 17-55 2.8, Canon 28-105 3.5-4.5 USM II, Sigma EX 70-200 2.8 APO DG Macro, Sigma EX 1.4X APO DG flickr
K

Thanks for posting these. I really like them. I think my favourite is the 3rd image: the close up of the tiger. It really makes me want to head off to the zoo see what images I can capture myself. I feel a trip to Marwell Zoo coming on!

Thanks also for your advice about purchasing a camera a couple of weeks ago. It arrived on Thursday and I've really enjoyed learning my way around it.

Cheers.
You must log in or register to reply here.

New to photography? Read this: PART 2
2