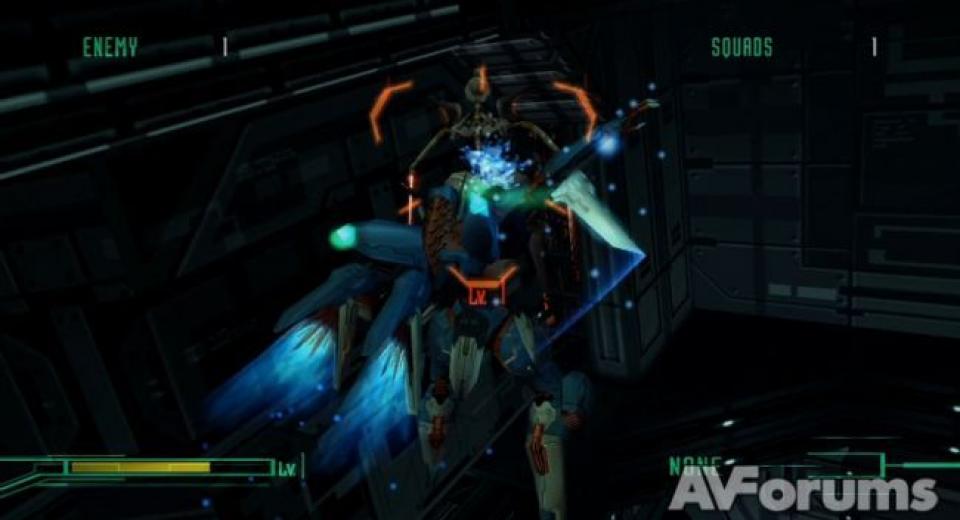 When people bear witness to Hideo Kojima towering above Tokyo in a nuclear-powered, leather-jacketed mech suit, spitting out hot plasma and movie quotes to all and sundry, many folks will immediately point towards the Metal Gear series and declare they knew of his megalomaniacal hardware and action fetish all along. The smart people, however, will gaze past that title on the shelf and fix their attention on Zone of the Enders and its 2nd Runner sequel on the PlayStation 2. These are games that might not contain old-man Snake, the Patriots or the la-le-li-la-loo-la-la-lo-loo-le-la-li-lalalala, but instead this is Kojima’s action template boiled down to its purest state: big robots, huge guns and cinematic melodrama.
Although that cocktail of ingredients is expanded and made much better by its successor, the original ZoE is still a worthwhile title in its own right. Indeed, many early Playstation 2 memories will be fuelled by tales of its airborne mech combat, unique design and ridiculous presentation, and it’s a joy to discover that Konami’s series still controls in the same snappy and responsive fashion as it did back in the day.
The plot, as wafer-thin as it is, involves a small boy accidentally finding his way into the pilot seat of a giant armoured robot called Jehuty. After quickly learning the controls, your mission is to take part in various battles around his home town and district, advancing an overarching plot that centers around the return of the steel behemoth to its rightful owners. What that translates to is a series of battle arenas with increasingly complex (and brilliantly designed) enemy mechs to fight. Combat involves juggling standard ranged and melee attacks with dashes and blocks, complemented by some rather eccentric dual-stick camera and lock-on facilities. Although you’re free to roam each of the battlefields and take on enemies and objectives largely as you see fit, unfortunately ZoE’s draw distance is considerably tight even on this HD version, necessitating frequent use of the map screen to proceed. Combat is swift and devastating for the most part however, and groups of enemies can be taken apart quickly with super-charged versions of ranged and melee attacks, which also bulk up the combo system and add a necessary dose of variety. An overworld map complements those individual levels, allowing you to fly between destinations quickly, and some light weapon customisation adds a small layer of complexity to proceedings.
As an airborne 3rd-person shooter then, ZoE still plays pretty well; although it has to be said that it smacks more of the caliber of short-form downloadable title that we’re used to these days. Combat is graceful, fast-paced and dense, the controls never hamper the action in any discernible fashion, and although the whole thing can be finished in under five hours, it never really allows any sense of repetition to truly set in. As a simple up-rezzed HD port of the original, players expecting a Halo: Anniversary level of investment and polish may well leave disappointed, but ZoE’s sparse visuals and stunning mech design are still worthy of a look even in 2012.
And as we’re talking Kojima, the original ZoE is, of course, chock full of the sort of cheesy CG melodrama that some of you may find brilliantly entertaining or entirely off-putting. In that respect, it’s not a game that ages particularly well. The cutscenes are fun to watch but also incredibly hammy at the same time, and they showcase a director trying to find his feet in the medium rather than the confident camera movements we associate as his style today. They are, however, just as lengthy, and given the rather grainy upscaling, perhaps not the best showcase for the Zone of the Enders collection. By comparison however, 2nd Runner is an improvement in almost every fashion. The basic mech combat tenets of the original are present and correct, but each and every aspect of the formula is buffed to a high shine. Combat is faster paced and more responsive, enemies are increased both in terms of complexity and sheer numbers, and the variety of encounters expanded to include multiple attack patterns, environmental weapons and various other little set pieces.
As the most obvious upgrade however, 2nd Runner is light years ahead of its predecessor’s technical and stylistic capabilities. The expanded combat arenas allow for an impressive new range of scope on the battlefield, whilst the flashy cel-shaded visuals ensure that it looks far more contemporary. Indeed 2nd Runner HD occasionally looks half-decent by the standards of this generation even, with particle effects and various other bits of visual trickery still managing to hold their own. That level of detail does come at the cost of a smooth framerate in more than a few situations however, so unfortunately the tradeoff isn’t quite as smooth as you might expect from a port of this type.

The story, too, is much-improved, this time centering its action around the invasion of Mars by antagonist BAHRAM forces. Mostly delivered in Anime cutscenes, the story interludes exhibit a greater degree of polish than the original title, and indeed a greater range of interesting characters and scenarios to get involved in. It's still some way off the standards you might now expect of Kojima's team, but 2nd Runner's plotline does at least have a few of the same sparks of preposterousness that many of us know and love.

If you were interested in ZoE but never managed to play the original games, then this collection is certainly worthy of a pickup if you can find it at the right price. Both games have aged fairly decently, but the leap in quality between the first and second iteration is noticeable to a huge degree. Mechanically they both still play well for the standards of the genre, with perhaps only the camera control mechanic taking a period of retro-adjustment to get the most out of. If you’re a fan of Kojima’s penchant for ridiculous storylines and expansive cutscenes, you’re also going to be well catered-to.

As a HD collection however, ZoE suffers slightly from Konami’s “bare minimum” approach to remakes. Visually, little has been touched save for the 16:9 aspect ratio, increased resolution and sporadic jump in framerate, and there are few extras to speak of. It’s nice to see games like this having a second lease of life however, and given the standards of a few of the recent remakes, it was also a pleasure to discover they were both thoroughly playable and technically competent even in 2012. Not for everybody then, but certainly recommended for anybody curious about Kojima’s early 3D work, or indeed as a nice bonus for those of you interested in the Metal Gear Rising demo contained on the disc.