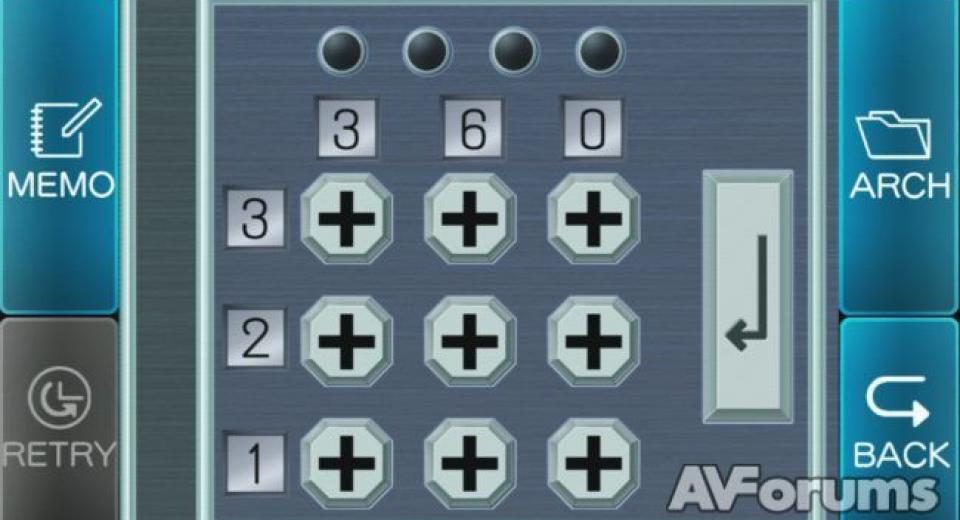 Within the first hour of Virtue’s Last Reward, you’ll know whether you’re going to be drawn into Chunsoft’s bizarre, text-heavy, animation-light project. The sequel to 999 is a similarly-themed interactive novel populated with wacky characters and adventure-style puzzling, this time wrapped around a narrative crafted with equal doses Crystal Maze, Looper, Saw, and rabbits. Also cyborgs. Astrology. And hats.
It’s weird then, make no mistake. You play the role of mysterious college student Sigma, who awakens in an elevator located deep inside an industrial complex with only a bare recollection of being gassed and kidnapped from his car the night before. He’s not alone. An unknown female character by the name of Phi stumbles to consciousness alongside him, and after a quick Myst-style puzzle to escape the confines of the steel cell, there are seven others waiting in a warehouse in similar circumstances. They’re all enigmatic and oddly attired, and nobody has a clue what’s happening. They all, unsurprisingly, hold secrets.
The master of proceedings - a murderous artificial intelligence that takes the guise of wise-cracking rabbit ‘Zero’ - soon fills them in with a video feed. They’re here to play the ‘Ambidex’ game, in which each player is tasked with accruing nine points (displayed on a wrist-bracelet) in order to leave the warehouse and escape back to real life. The process for attaining those points requires colour-coded groups of three participants to work their way through various puzzle rooms in return for keycards. On returning to the warehouse those cards open up a voting booth, and once inside, the choice is simple; they either ‘ally’ with or ‘betray’ their puzzle-partner.
If participants betray when a partner allies, they gain three points as their opposite number loses two; if both choose to ally then both parties gain two points; if both choose betray then it’s zeroes all round. On reaching nine and opening the door, any other participants on the same total can also leave. The door is open for precisely nine seconds, and once closed, everybody else is left behind for good. If anybody’s points total drops below zero, it’s game over; permanently. Each bracelet contains a series of needles capable of injecting a fatal dose of muscle relaxant directly into the bloodstream, lending a tense air to proceedings as people tiptoe around partnerships and attempt to double-bluff both friends and enemies.
Voting and partnering up for puzzles often represent the break points in Virtue's Last Reward’s story, with alternative paths branching off for a total of 19 different story arcs to discover. Fortunately, each and every segment of the storyline is mapped out and any completed sections can be revisited at any point, meaning there’s no backtracking or wading through dialogue to get to the crucial point and select your different path. No matter which route you choose however, the structure essentially boils down to reading through huge reams of dialogue punctuated by two or three ‘escape the room’ puzzles that take around 30-45 minutes to complete.
Those rooms are, for the most part, interestingly structured and themed around various topics that tie into the meta-narrative, although unfortunately the standard item hunt-and-combine is hampered by an interface that frequently does its best to be slightly laggy and annoying. The inventory section is on a slow rotational axis rather than being laid out in a simple grid, and although the Vita’s touchscreen works well to scan around the environment, it’s surprisingly imprecise when using a finger to scour for smaller objects. I get the feeling the 3DS version will have the edge here when using a stylus. Puzzle logic, so often the bane of this type of experience, is decently implemented throughout Virtue’s Last Reward, and there are a few genuine brain-teasers that require perseverance and a keen mind to proceed (or GameFAQs, whatever takes your fancy). Playing on hard mode removes all hint dialogue and pointers from the room, but you can freely swap back to easy mode at any stage you like. In doing so, your teammates will chime in with sage bits of advice at any point that you’re repeatedly banging your head against a wall, and it’s usually delivered in just enough of a cryptic fashion to make you feel okay when you eventually figure out a solution.
The puzzles, while satisfying to play, are never more than a means to break up the pace and provide enough of an excuse to label Virtue’s Last Reward a videogame however, and it’s the story that forms the brunt of the experience. As an interactive novel, this is a surprisingly complex affair - the sort of sci-fi extension of a Fighting Fantasy book that you might have dreamed of reading as a teenager. It’s also more than a collection of different plot strands however, as each different path gradually reveals secrets and mysteries that allow the player to unlock puzzles and mechanisms that are otherwise dead ends in other tracks. Every character has their own ending, and each of them unveils a touch more back-story to inform you as to just what the hell is happening.

The great thing about gradually uncovering Virtue’s Last Reward’s secrets is that you’re never likely to guess any of them before they occur. The writing is excellent throughout and has evidently been translated with a lot of love and attention from the original Japanese script, and there’s little to be seen of the pacing problems that usually accompany text-heavy projects such as these. All the characters are well-drawn and interesting enough to carry their respective storylines, even if some of them are designed to be particularly annoying.
I can’t say that I’ve ever played anything quite like this before, and whilst I’d hesitate to use that verb when describing much of the practical aspect of Chunsoft’s title, it’s nonetheless a project that sits neatly on modern handhelds. If you’re in the mood for something a little different, and if you’ve ever had a penchant for wacky sci-fi narratives or Fighting Fantasy books of yore, this is well worth a look.