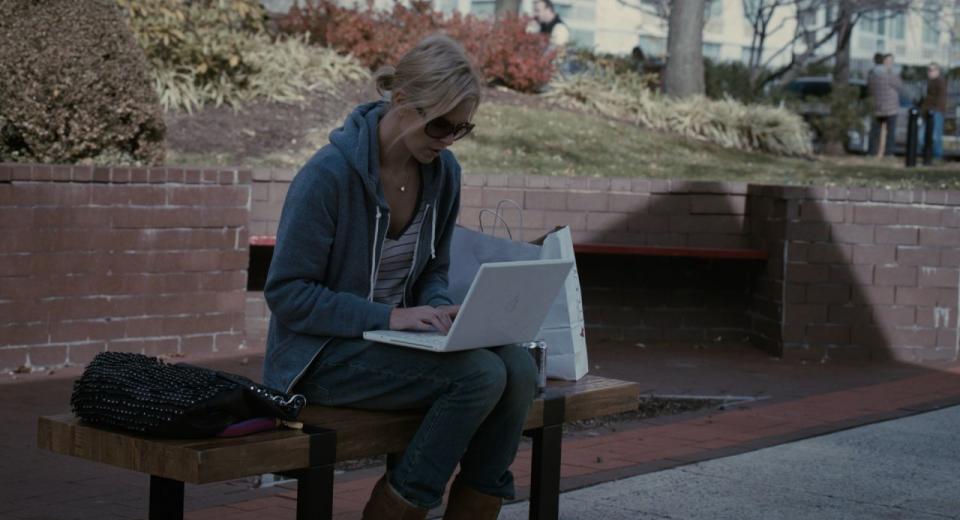 Paramount's AVC MPEG 4 encode boasts an impressive image at 1080p and a 1.78:1 aspect. Visually, it's nothing to write home to mom about, but it is a solid transfer, and definitely nothing much to quibble about. Blacks are strong, skin tones are natural and textured, but the overall lighting seemed at times a little dim. I put this down to the director more than the transfer to be honest, as the colours do pop much stronger in some scenes compared with others. Shot digitally, the visual presentation is without any signs of DNR or edge enhancement, leaving a sharp and crisp image. It's never going to blow you away visually due to the nature of the movie, but for what it is, it's a fine example of how to present a good Blu-ray image. English is the only language that boasts a lossless DTS-HD Master Audio 5.1 track, and it's not too bad considering how little it's required to flex it's muscles with this movie. Dialogue occupies the front array and is clear and rounded. Ambiences utilise the surrounds on occasion, but nothing heavy handed. There's a subtlety to the audio presentation that I quite like, offering a bright and consistent mix between the varied musical soundtrack, the dialogue, and background ambiences. LFE is practically non existent. Other languages support Dolby Digital 5.1. Bar a quick listen to these, I didn't test them extensively, but for what it's worth, the mix seemed transparent enough with that of the English audio presentation. A reasonable enough offering on show, but nothing to take the breath away, and all delivered in relatively straight-laced tone.

Audio Commentary: Jason Reitman and some key crew discuss the production on young adult, from screenplay to sets and cast, pretty much everything gets covered. It's very informative, but I'll be honest, I only lasted a half hour or so. One for the commentary enthusiasts.

Misery Loves Company: The Making of Young Adult (HD): A 17 minute featurette in which cast and crew discuss the finer details of Young Adult, and the making thereof. High praise for writer Diablo Cody, and deservedly so. Worth a watch.

The Awful Truth: Deconstructing a Scene (HD): Another featurette, this time 6 minutes in length, but it begins with Diablo Cody herself talking about Mavis, the movie's main protagonist. It's a very insightful glimpse into how the character was conceived, followed by a dissection of a scene, interspersed with cast and crew comments. Despite this items title, it's really not that awful a truth to behold!

Deleted Scenes: Rather self explanatory, around 7 minutes of cutting room floor scenes. Young Adult is an honest portrayal of a terribly lonely and sad woman, desperately trying to cobble together any remnants of her high-school popularity in the face of her mid-life crisis. Both bitter and funny, Diablo Cody has managed to capture the essence of real life, employing her penning skills to realise a character that we easily despise, and begrudgingly love at the same time. Academy Award winner Charlize Theron steals the show, but her supporting cast is bolstered with an array of extremely capable actors, such as Patrick Wilson, who clearly understood the tone of the movie, and this comes across in most performances.

Though the Blu-ray package is not likely to break any boundaries, or set a new bar in quality, it is a very good offering from Paramount, and one worth considering, though largely down to the movie itself than the additional content. The image is sharp, the sound is solid, and there's enough extras here to keep the enthusiast reasonably happy.

On the whole, this release is never going to have you picking your jaw up off the floor, but it's definitely leaning more towards an overall score of 8 rather than 7, based on the movie itself. This one will definitely have a place on my shelf, and even if you won't go that far, it's definitely worth renting.